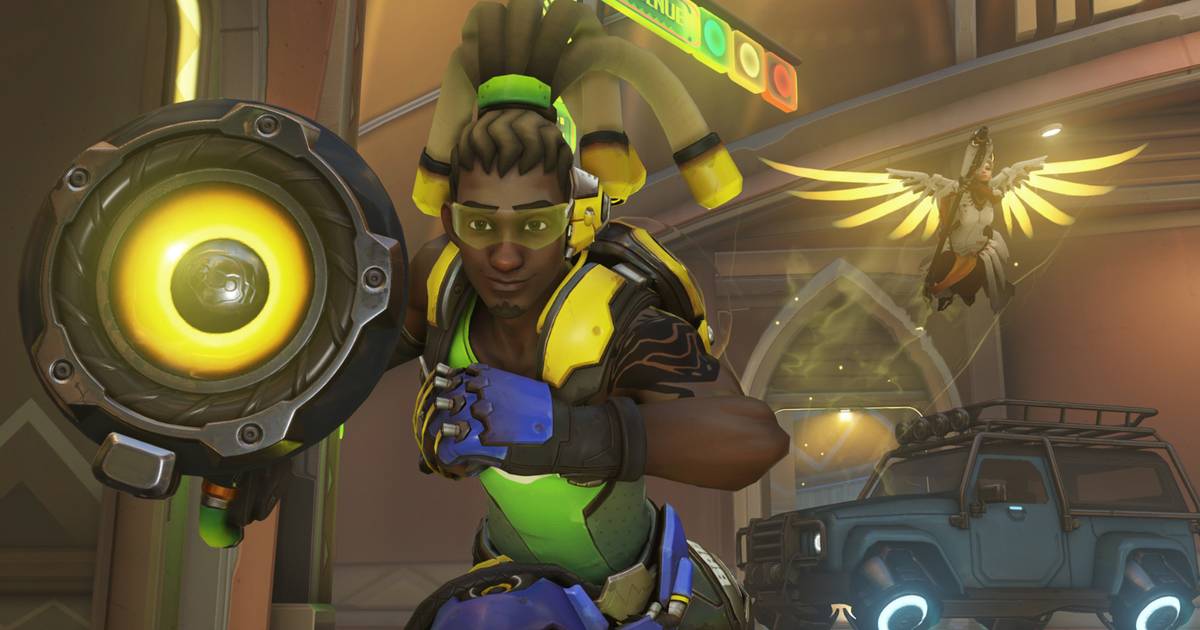 Dominique and Chris first started playing Overwatch together after the game launched in May 2016. They both befriended the same person while playing in Overwatch’s solo queue, and it’s that person who’s responsible for grouping them up.

Naturally, the group became friends—though Dominique moved to Japan for three months and stopped playing Overwatch. When she got back, Chris was the only player from the group online. (He’s a school teacher, Dominique told Dot Esports, so he didn’t have to work much in the summer.) The basis of their relationship was built on supporting each other, both in-game and out.

“Initially we were both support mains, and we would back each other up so nobody had to solo or we would relieve each other to play other characters,” Dominique said. “He would usually Mercy and I would Lúcio.”

But now Dominique is the Mercy while Chris takes over Winston. There’s another difference, too: Now they’re engaged, and Overwatch game director Jeff Kaplan helped in the proposal.

“The special thing about gaming and specifically Overwatch is that you have to work together as a team,” Dominique said. “Chris and I have been able to immediately tackle daily domestic life without any issue because we have a team mentality. We’re here to support each other and if one of us fails, then both of us fail, just like in-game.”

She continued: “We have basically been running team building exercises almost every day since 2016.”

The couple met in person in 2017 and eventually got engaged—with Kaplan at the Blizzard HQ—in January 2018. It’s a fitting proposal for a couple that met on Overwatch. The ring, of course, came in a tiny loot box handed to Chris by Kaplan himself. “I just wanted to make sure the whole thing was special for her,” Chris told Dot Esports. “Overwatch has been an important part of our lives, and if it wasn’t for Jeff Kaplan, we would have never met. Overwatch tells us that the world could always use more heroes, and I’m proud to say I get to spend the rest of my life with mine.”

Chris said Dominique was initially confused and surprised by Kaplan’s sudden appearance. “I told her to open the box and proposed,” he added.

Chris reached out to Blizzard over social media and eventually got in touch with Overwatch community manager Sean Allen, who wrangled Kaplan for the surprise. “It was surreal when I finally got the response, ‘Kaplan is in,'” Chris said.

Dominique and Chris also have a child on the way, adding a third to their family. “Names, well…,” Dominique laughed. “We have talked about Amélie independent from Overwatch, actually. It’s definitely on our short list, but right now the front runner is Clementine.”

Boys names have proved a bit trickier, but Chris’ students—he’s a teacher—has been pushing for an Overwatch name. “Funny enough, we both do seem to like the name Winston, but we’ll see.”