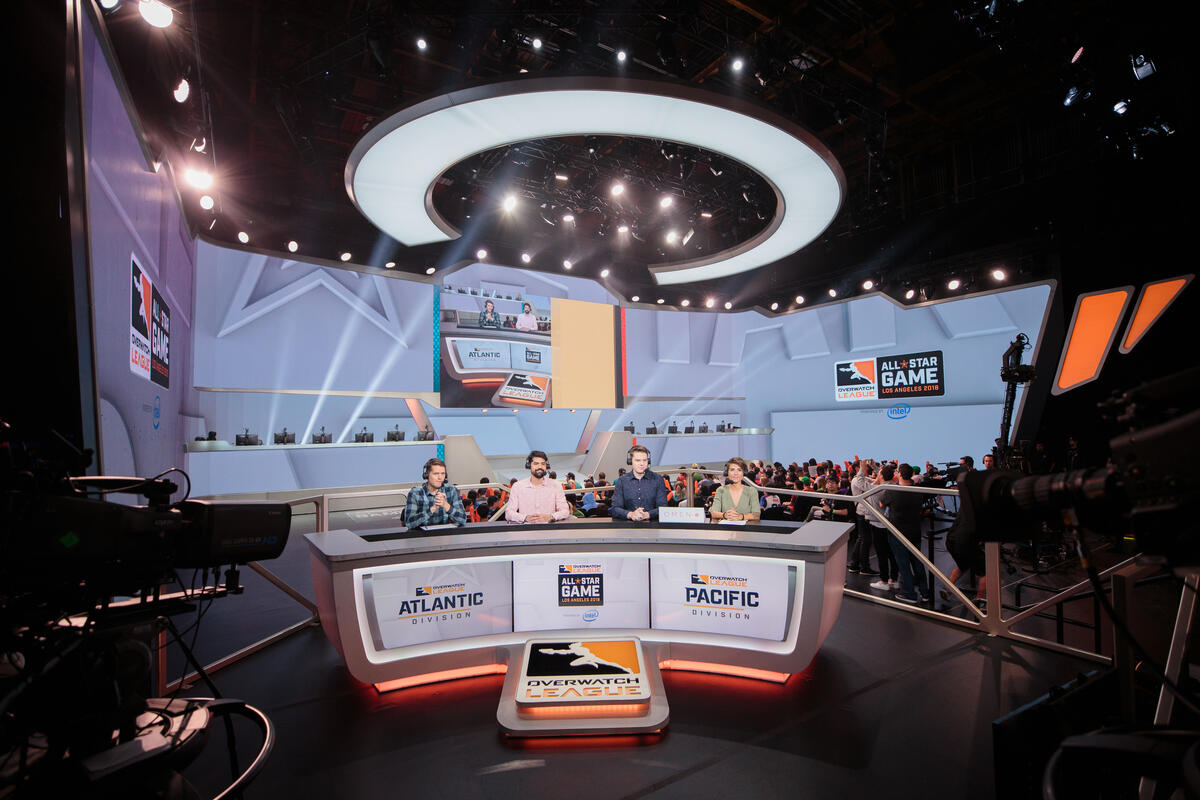 Few people know the intricacies of the Overwatch League as well as the folks who are paid to analyze it every day. Ahead of the 2021 playoffs, which begin on Sept. 21 and culminate in a Grand Finals showdown on Sept. 25, we figured that no group of people was more equipped to offer postseason insights than the league’s talent team.

In lieu of a physical roundtable, Dot Esports reached out to various members of the Overwatch League talent team for some hot takes and ice-cold reality checks about the playoffs.

Which two teams do you expect to see in the Grand Finals?

“Based on how the entire season played out, I feel like saying anything other than Dallas Fuel and Shanghai Dragons just sounds like the love child of copium and recency bias,” Watchpoint host Soe Gschwind said.

Her fellow analysts, Scott “Custa” Kennedy and Danny Lim, agreed with her assessment. “A lot of people believe they aren’t as strong due to weak Countdown Cup performances,” Custa said. “But I still think both rosters—when it matters most—will rise to the occasion.”

Caster Kevin “AVRL” Walker, one of the Overwatch League’s resident East Region specialists, believes in a Shanghai Dragons and Chengdu Hunters final. “The playoffs are primed for another [Wrecking Ball] dive-dominated meta and those two are the clear frontrunners for performing in that meta,” AVRL said.

Other talent members have hopped on the Los Angeles Gladiators hype train after the team’s win in the Countdown Cup. Both analyst Jonathan “Reinforce” Larsson and caster Matt “Mr. X” Morello said they’re expecting a Gladiators showdown with Shanghai.

Which player are you most excited to see in the playoffs and why?

If Shanghai Dragons DPS Lee “LIP” Jae-won had a cheering section, Custa and Reinforce would probably live there for the playoffs. “He’s had a fantastic season and has been a real difference maker for Shanghai in every stage,” Reinforce said. Custa agreed and noted the DPS is “generally an underappreciated superstar for this dominant roster and has put up countless MVP performances.”

Atlanta Reign’s clutch DPS Oh “Pelican” Se-hyun, who will be traveling by car to the West Coast to play during the postseason, was AVRL’s pick. Mr. X is excited to see Washington Justice’s favorite carry Jang “Decay” Gui-un, who he calls “a beast” and a “joy to watch.”

As a tank expert himself, Lim is psyched to see Lee “Fearless” Eui-seok pop off for the Dallas Fuel. “Main Tank Danny loves Fearless Winston,” he said. “I am always amazed by his mechanical skills and game sense in general. Because Fuel had a longer break than some of the teams in the playoffs, I’m excited to see what the Fuel (and Fearless) has in store for us.”

Which team could be the dark horse, upsetting everyone’s predictions?

Making San Francisco Shock fans tear their hair out across the land, Mr. X said the two-time champions were his pick as a dark horse candidate. “Although they didn’t perform in tournaments this year, they had a tremendous regular season and they know what it takes to go the distance,” he said.

AVRL and Reinforce chose the Washington Justice, a team that destroyed fan predictions in 2020 and might be at it again.

“Justice have plenty of versatility they can still lean into for playoffs and it would be in their best interest to do so,” AVRL said. “The ceiling for this team really is quite high and that will always be a danger to any team they face.”

Reinforce agreed: “If they improve their compositional choices and play just 10 percent better, they could be a real threat in the playoffs.”

Overall, the Philadelphia Fusion were the most common response. Lim, Custa, and Reinforce apparently used their Watchpoint desk brainwave synchronizer to line up their answers.

“I believe [the Fusion is] definitely a team that should not be overlooked,” Lim said.

“They have had a pretty mediocre season, but now that all of their players—sorry, Poko—are available to them, they could hit a level we haven’t seen,” Custa said.

Gschwind, ever a fan of chaos, simply sent back “Chengdu” in capital letters as her response. We respect the commitment to the Chengdu Zone.

What percentage chance would you give a San Francisco Shock three-peat win?

Hardcore Shock fans are likely placing their bets at 100 percent for a miraculous win in 2021, giving the team a three-year winning streak. Our polled talent members, however, are being much more realistic.

Gschwind has the most faith in the Shock, giving them a 49.9-percent chance of a repeat victory. AVRL said 33.3 percent and Lim went further, saying he’d be giving 33.333 percent for the three-peat. “Shock weren’t so dominant in the regular season, but they were still one of the top teams in the West,” Lim said. “Also, they are the San Francisco Shock—two-time back-to-back champions that have the ability to pop off when it matters the most.”

Reinforce, Custa, and Mr. X all gave the Shock a 10-percent chance of taking home the trophy.

“They would have to play the best Overwatch they have played all season, and then add another level to that, to match the powerhouses in the playoffs,” Reinforce said. “It’d be Shock magic, real Michael Jordan shit, if they came out on top. But then again, that’s why we love them, right?”

Which animal mascot in the Overwatch League would win in a fight?

Since four of the eight teams remaining in the playoffs have animal mascots and this question tragically went unsolved on the Watchpoint desk, we decided it would be an extremely important addition to our talent roundtable.

As the desk’s resident Atlanta Reign fan, Gschwind was ready to hype up her favorite bird. “Atlanta Reign’s phoenix [is] practically invulnerable, immortal, can resurrect itself, [has] tears that heal, superhuman strength, can fly, pyrokinesis,” she said, noting pandas and dragons should be afraid.

Custa agreed, but not for the same reasons. “Atlanta Reign’s phoenix would win because it can never truly die,” he said. “Just like when they play Gator [on] Orisa, with Ir1s’ lamps he never truly dies.”

Reinforce dodged the question, but believes in the power of friendship. “I think the idea of animal mascots fighting is silly. I much prefer Philadelphia’s raw name,” he said. “With the power of Fusion we’d all come out together and stronger on the other end as friends, bonded.”

While Lim mentioned the power of Seoul Dynasty’s roaring tigers, both AVRL and Mr. X are putting their money on dragons.

“If we’re talking about a dragon from mythology, those things are pretty wild in power and are always portrayed as flying super weapons in fantasy,” AVRL said. “Also, the Shanghai Dragons are about to win this season so they really have reached mythological status in their power level.”

“I’d have to say the dragons, right? I mean, have you seen Game of Thrones?” Mr. X said, justifying his pick with concrete data. “I’ve seen what dragons do and the others ain’t got nothing on that.”

The Overwatch League playoffs begin at 6pm CT on Sept. 21.