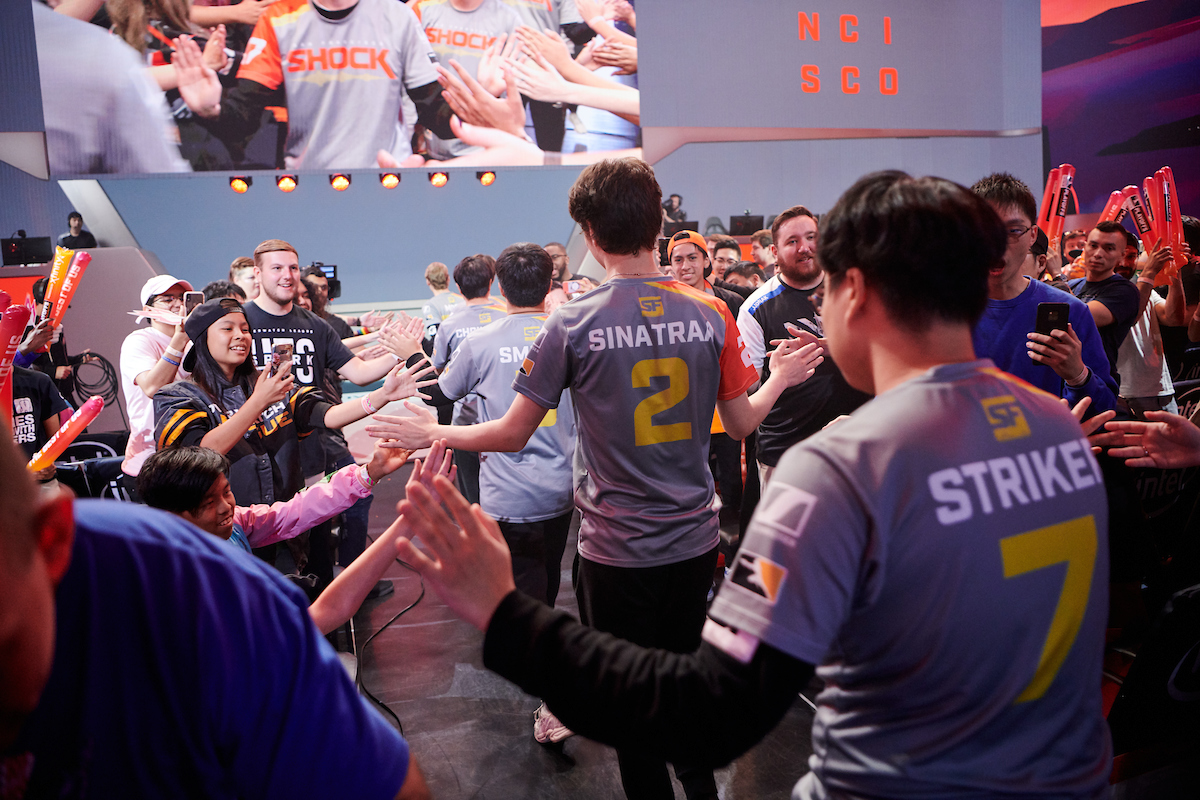 In less than 24 hours, the third season of the Overwatch League will begin with games in Dallas, Texas and New York City. While the beginning of any season is an open playing field, the Overwatch community seems constantly obsessed with power rankings. After we took you through the bottom half of our standings, we’re moving on to the upper level of competition.

These preseason power rankings were created using publicly available knowledge of rosters, potential starting lineups, and coaching staff. They also take into consideration the performance of teams last year. Some rankings take into account the possible hiccups teams will experience during the 2020 season, such as intense travel schedules or the presence of multiple rookie players who will have to acclimate to the Overwatch League lifestyle.

Multiple teams will be affected by the cancellation of five homestands in China due to the spread of the coronavirus. For some teams who are based in the region, this may unfortunately have an effect on their performance.

The formerly all-European team has made the drastic decision to switch to a mixed-roster model, adding incredible Korean talent and coaching staff from Contenders champions Element Mystic. Paris has held on to a few important European mainstays, like DPS Terence “SoOn” Tarlier and main support Harrison “Kruise” Pond, but supplemented with additional players. Element Mystic star DPS Kim “SP9RK1E” Young-han won’t be available to play until May of this season, so the Eternal will have to make due until spring. If their mixed roster model can gain some cohesion, Paris will be successful. If they can’t, they’ll deserve their place on the lower half of the board.

The team didn’t make too many wild changes during the 2019 offseason. In a way, they didn’t really have to. They surprisingly came in fourth place in 2019 after defying expectations and utilizing incredible coordination to frustrate enemy teams. One new highlight is flex support Tong “Coldest” Xiaodong, one of the best new talents to come out of China. With the remaining roster, their new additions should be able to collaborate and succeed. This does add the issue of a mixed-language roster, which the Spark will have to contend with as the season goes on.

During the 2019 offseason, most of the Los Angeles Gladiators squad traded in their shields to join other teams. In the reconstruction period, Gladiators management made some genius decisions. Main tank Son “OGE” Min-seok and off-tank Indy “SPACE” Halpern might be one of the most terrifying tank duos in the league. On the other side of things, Los Angeles has put its faith in relatively unproven DPS players, aside from former London Spitfire player Kim “Birdring” Ji-hyuk. For the first few weeks, the tank and support lines will likely have to carry the team as the new DPS line acclimates to the Overwatch League lifestyle.

After a few questionable offseason decisions, the Titans have sunk in the power rankings. The addition of Baek “Fissure” Chan-hyung as the team’s only main tank is a possible recipe for disaster. The rest of the team is largely the same Titans squad that rolled through the Overwatch League last year, however. Honestly, even if Fissure decides to go back into retirement halfway through a game, Kim “Haksal” Hyo-jong and the Titans DPS could still bring home a win. The team isn’t the consistent powerhouse it was last year, but they’re still in the top half of the leaderboard.

This year’s Dynasty roster is honestly just an improved version of the London Spitfire. Main tank Hong “Gesture” Jae-hee, DPS Park “Profit” Joon-yeong, and flex support Choi “Bdosin” Seung-tae all came over to Seoul from their former London squad. Now, they’ll be supported by the Dynasty’s best players from last season. Veteran support Yang “tobi” Jin-mo can still slap down most supports in the league and off-tank Choi “Michelle” Min-hyuk exceeded 2019 expectations. They may not be top of the pack initially, but after some cohesion is built, they should be terrifying.

Earlier in the offseason, the Shanghai Dragons demolished their fellow Chinese teams at the Shanghai Masters showmatch. New additions Lee “LIP” Jae-won and former Seoul Dynasty star DPS Kim “Fleta” Byung-sun showed they’ll have no problems keeping up with their teammates. Former RunAway main support Lee “LeeJaeGon” Jae-gon should bring new life to a sometimes underwhelming support line. Shanghai was originally listed third in these power rankings, but time spent away from their home base due to the coronavirus will likely have affected their practice time.

Atlanta is known as the most “hypebeast” team in the league, but this time, the hype may actually be appropriate. The Reign added masterful DPS Kim “Edison” Tae-hoon to terrorize backlines alongside Jeong “ErsTer” Joon, who was one of the most impressive late-season damage dealers in 2019. With a talented support line and a relatively stable tank line, Atlanta could fight Philadelphia for Atlantic South dominance. The Reign also have multiple backups for each role, meaning they can flex to whatever heroes are necessary or swap out players who are sick.

After coming in second during the 2018 Grand Finals, the Fusion slumped in 2019 due to meta changes that destroyed their set strategies. Now that role queue is enabled and their DPS can return, the team can go back to relying on their damage dealers to carry. Lee “Carpe” Jae-hyeok is still terrifying on multiple heroes and the addition of Lee “Ivy” Seung-hyun rounds out that hard carry DPS lineup. Add former London Spitfire player Kim “Fury” Jun-ho, one of the most talented off-tanks in the world, with Fusion University superstar flex support Kim “Alarm” Kyeong-bo and the Philadelphia squad is back in business. Even without a remarkable main tank, this team will likely roll through the Atlantic South division.

The NYXL squad has always been immensely talented, routinely tearing away victories from the jaws of defeat. New players added to the roster, like star DPS Lee “Whoru” Seung Joon, makes the team even more fearsome to their opponents. In 2020, New York will likely dominate the Atlantic North division and score easy wins before facing tougher opponents. As if that wasn’t enough, most of their roster, especially Kim “Libero” Hye-sung, will be enabled by Hero Pools, not hindered by the feature. They should be able to fight the Shock for first place if their teamwork measures up.

They’re the kings for a reason. After a monumental 2019 season and a dominant win at the 2019 Overwatch League Grand Finals, the San Francisco Shock were on top of the world during the offseason. With minimal changes to their all-star roster or talented staff, there’s no reason they won’t be on top again in 2020. They rolled through teams in multiple metas last season, showing the flexibility of the Bay Area’s best. Hero Pools will only encourage them to think further outside the box. If no other team can rise to the Shock’s level, they’ll all be playing for second place.

The Overwatch League begins at 12pm CT on Feb. 8 when the Paris Eternal takes on the Toronto Defiant.