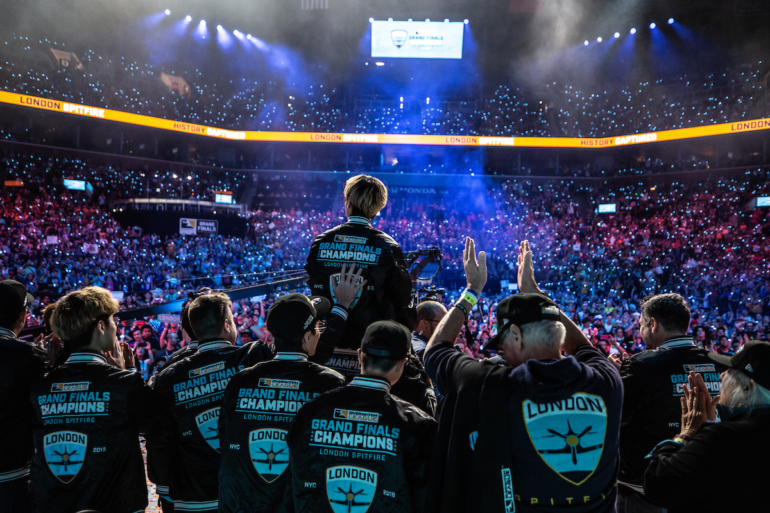 The Overwatch League had a better year than first anticipated, officially becoming the fourth most-watched channel on Twitch— but the statistics aren’t as clear as they may look.

It was announced yesterday on Twitter that the inaugural season of the Overwatch League beat both Counter-Strike and Dota 2 to become the second most-watched competitive league on Twitch with over 74 million hours watched, just behind League of Legends.

While both statistics are admittedly not the most straightforward of metrics, the Overwatch League has seen vast improvements in a game that was previously considered a spectator’s nightmare.

Before it even began, the league had gaping holes and extreme doubts from its player base and the overall esports community. In preparation for the opening of the multi-million dollar esports venture, leading up to the 2017 World Cup, Blizzard took steps in fixing spectator issues and improving the viewing experience.

It was a renowned success that saw fans itching for the game to succeed and viewers with a morbid curiosity all tuning in to the opening weekend of the Overwatch League, watching LA Valiant take on San Francisco Shock. The stream reached well over 400,000 viewers before viewership steadily declined over the season, plateauing around 150,000.

But it’s a good sign heading into 2019 that a league plagued with controversy from the start continues to fight for viewership with other top esports.

Related: The Overwatch League finals had a global average of more than 860,000 viewers

When looking at the viewership statistics, it’s important to consider that Dota 2 and Counter-Strike have the majority of their viewers spread across different platforms and streams, with both their major and minor tournaments being hosted by a number of different event organizers, each with their own channel.

If you were to calculate all of the Counter-Strike events, for example, adding their viewership together, it’s more than likely that they’d be at a higher polling position. In comparison, the Overwatch League’s viewership numbers are much easier to determine since all competition is hosted on one stream.

Additionally, the statistics are only from Twitch, discounting YouTube, as well as much of the Asian viewerbase, who watch on popular platforms like Douyu and Huya. This could be a contributing factor that would no doubt skyrocket the total League of Legends viewership, too.