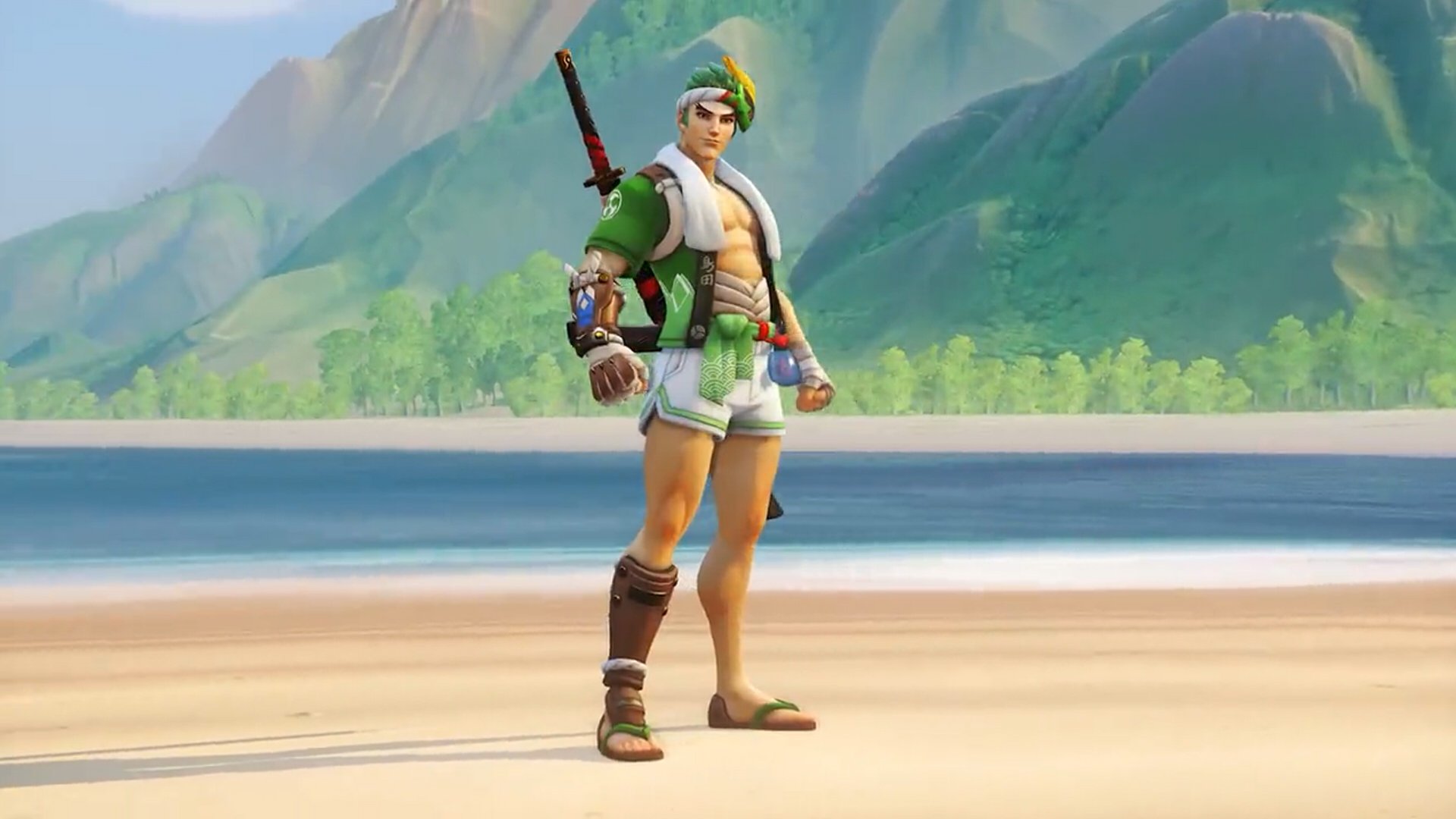 Blizzard has revealed a new Genji skin to celebrate the end of the Overwatch League’s Summer Showdown.

Called Happi Genji, the skin features the cyborg ninja in his human form. In true summer fashion, he’s sporting a pair of swim trunks, a towel, and a happi, a traditional Japanese coat that’s often worn at festivals. When combined with his gloved hand and green flip-flops that match his viridian hair, the effect is positively tropical. Happi also turns his shuriken into ribboned favors that match the colors featured throughout the skin. It’s available now to purchase in-game.

Like Knight Mercy before it, Happi can only be purchased with Overwatch League tokens from the OWL section of the game. The skin costs 200 OWL Tokens, which can be bought directly or earned by watching OWL matches on YouTube Gaming. Happi will be available for purchase through Nov. 15 and will be accompanied by team remix skins releasing later this year.

In an OWL blog post, artist Shih Kai Chang elaborated on Happi’s design. The skin references both existing Overwatch skins, in particular the green-haired Young Genji, and traditional Japanese festival wear. In the style of real-world happis, Genji’s coat features the crest and family name of the Shimada clan, and he has a goldfish hanging from his belt. Part of Japanese festival tradition, according to Chang, sees participants scooping goldfish out of small ponds, which they wanted to incorporate into Genji’s look.

The skin is available now in Overwatch‘s in-game OWL shop.