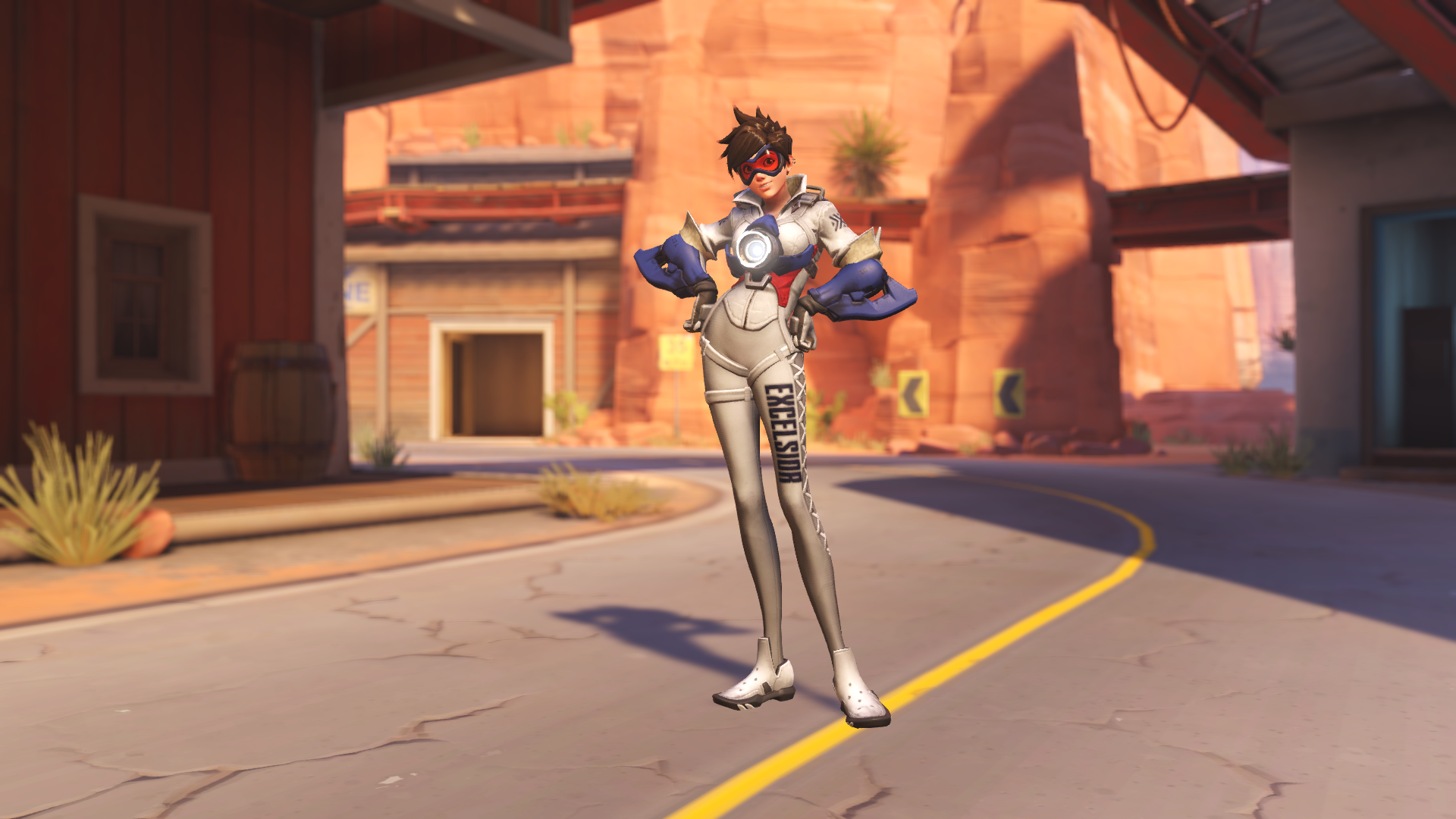 Overwatch players who have unlocked Overwatch League skins are in for a treat—free skins! On the test server, “away” skins for the Overwatch League have been unlocked per each “home” skin owned. If you’ve purchased the New York Excelsior skin for Tracer, you’ll see the “away” skin automatically available in your skin inventory for the hero.

The update was uploaded to the test server with a bunch of hero changes and the addition of B.O.B. as a golden weapon. As with all PTR changes, it’s expected to move over to the live server soon. (An exact date hasn’t been named, but two weeks is standard.) Previously, “away” Overwatch League skins were only available to those who had the Overwatch League All-Access Pass.

Related: Unlock Ashe’s golden weapon to get a gilded B.O.B.

Only 12 heroes were assigned “away” skins—D.Va, Ana, Zarya, Genji, Sombra, Lúcio, Widowmaker, Orisa, Winston, Reinhardt, Zenyatta, and Junkrat. The skins are primarily white, with pops of color that reference a team’s main colors. Players who spent the $30 for the All-Access Pass will find that they’ve earned the “home” skin for the “away” ones they’ve already unlocked, Overwatch site Overbuff confirmed on Twitter. If you already have the “home” and the “away” skins, there’s nothing else to earn.

There are 312 regular Overwatch League skins available in the base game. With this update, the total will rise to 624. It’s unclear at this time whether the “away” skins will be available for purchase separately from the “home” skins—the Overwatch League tab isn’t available on the test server right now.