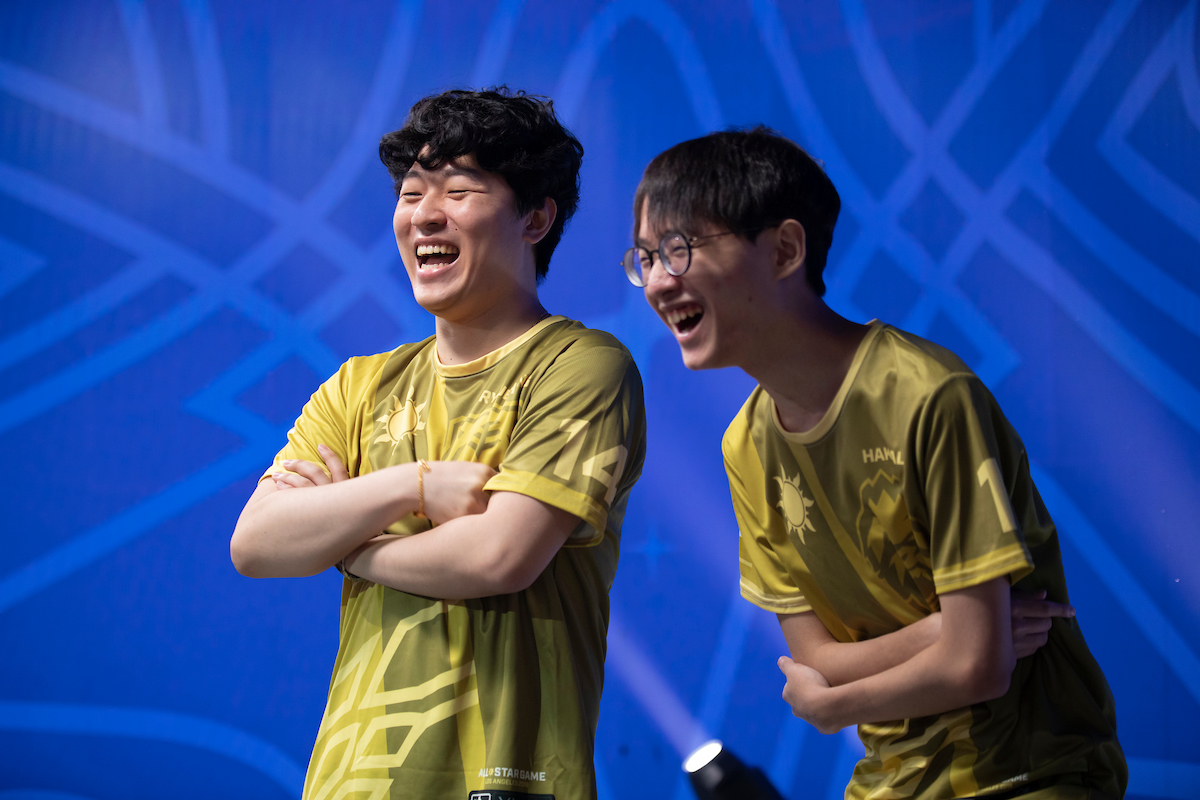 During the brief break between regular season play and the Overwatch League Grand Finals, the league’s All-Star events allow fans and players to have a little bit of fun.

All-Stars has been a highlight of every season since the league’s inception in 2018. This year, fans are blessed with two regional events—Asia and North America—since players are split due to COVID-19 restrictions.

All-Stars Asia kicks off this weekend and includes top players, voted in by fans, participating in various matches and challenges to test their skills and give fans some ridiculous entertainment. Since many players from North American teams went home to South Korea for the offseason, they’ve been added to the Asia games roster.

The action begins on Sept. 26 at 3am CT—so set those alarms, North American fans. Here’s a look at what the Asia All-Star event will bring to the table.

One highlight of this particular event is a series of “skill challenges” that will only be played by Asia All-Stars. These challenges will revolve around specific heroes or talents that players have shown throughout the season.

One unusual challenge is the “Who is Meta?” competition. This challenge will pit the eight players with the highest “Fleta Deadlift” percentages against each other in a Hero Gauntlet showdown. During a Hero Gauntlet, each player spawns as McCree and eventually cycles through 22 Overwatch heroes, changing after each kill.

The Fleta Deadlift, a statistic named after 2020’s newly crowned MVP Kim “Fleta” Byung-sun, occurs when one player accounts for more than half of their team’s eliminations on a single map.

Casters and analysts may have a lot of talents related to Overwatch, but how well can they actually play the game? The Talent Takedown, an All-Stars staple since 2018, gives broadcast talent the chance to show off their skills. For the Asia All-Stars tournament, the talent team from China will be facing off against their counterparts from South Korea in a two-map series with some serious twists.

Each map will be played using Quick Play classic rules, meaning there’s no role lock. Before each map begins, one team will choose a secret buff for the map that will only be shared with the audience and not the opposing team. These buffs include Total Mayhem, which reduces all cooldown times, and Mystery Heroes. In short, this ruleset guarantees absolute chaos.

Fans have spent an entire season arguing that their favorite players are the best Widowmakers in the world. In the Widowmaker one-vs-one Tournament, those players finally get to prove their sniper dominance. Eight players in the Asia region will participate in a series of one-vs-one matches using a “headshots only” ruleset.

This year’s participating players include many familiar hitscan DPS carries:

The single-elimination bracket will eventually crown the ultimate Widowmaker in the region, who will walk away with bragging rights and $15,000 in prize money.

(Coached by Moon Byung-chul of the Shanghai Dragons)

(Coached by Cho “J1n” Hyo-jin of the Guangzhou Charge)

Every map in the All-Star game won’t be as serious as a standard Overwatch League match, however. The first map will be played with standard competitive rules, but it all goes wild by map two. Teams will pick their opponent’s heroes for map two and map three will be the “Tiny Overwatch” Workshop mode, where players grow in size as they do damage and healing. If a tiebreaker is needed, each team will play either all tank, all support, or all damage on a Control map.

As wild as the All-Star game will get, it still comes with a hefty reward. The winning team will bring home $90,000 in prize money and secure infinite bragging rights for the next season.