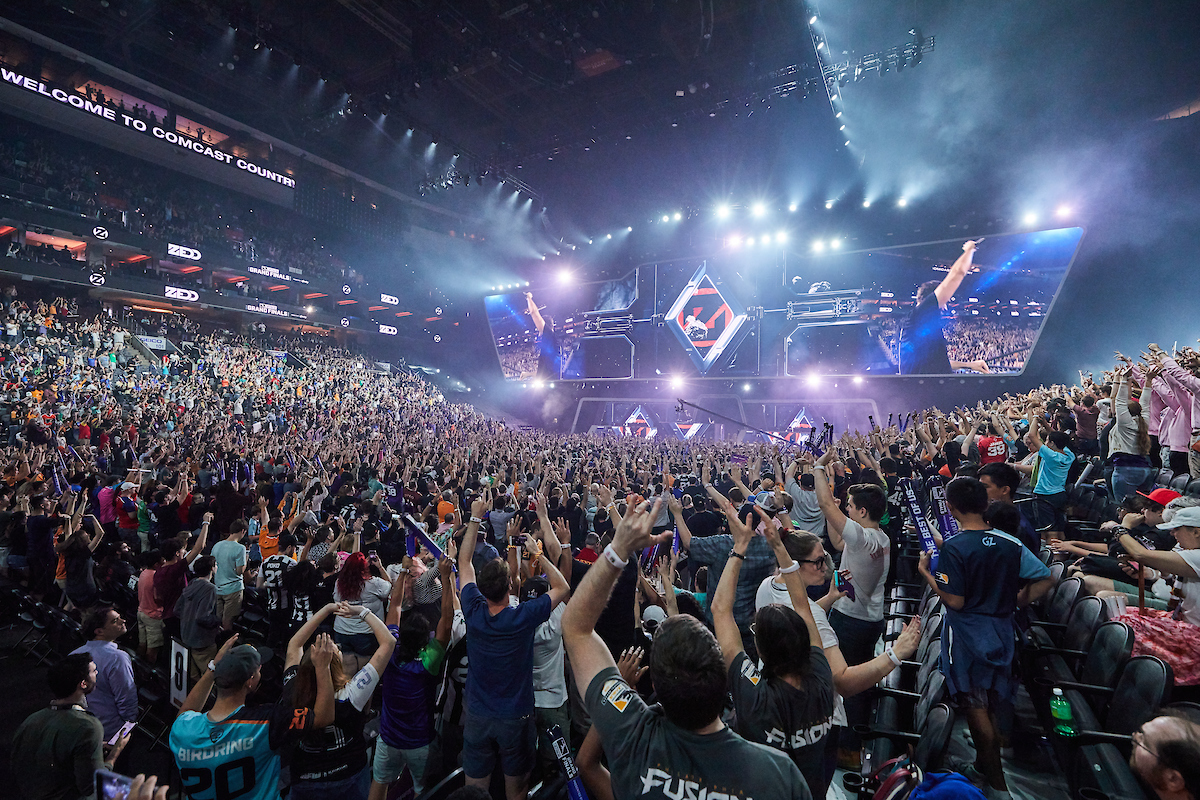 Overwatch League fans showed up for the 2019 Grand Finals, both physically and virtually. The Sept. 29 game, in which the San Francisco Shock defeated the Vancouver Titans, drew more than 20,000 fans to the Wells Fargo Center in Philadelphia. Now, new data shows that more fans across the world watched this year’s broadcast than the 2018 Grand Finals.

The 2019 Grand Finals achieved a 1.12 million average minute audience (AMA) across the globe, a 16 percent increase from last year’s viewership, according to OWL commisioner Pete Vlastelica. AMA is the average number of people watching at any minute of the broadcast.

To explain what these numbers mean for the Overwatch League, we have to take into account the fine print. This data includes all live streams and any rebroadcast within 24 hours, but some sources of data have changed over the past year.

This year, the viewership numbers included Bilibili, a streaming service in the Chinese region that is associated with the Hangzhou Spark. In that regard, a global increase in viewership could be attributed to the fact that multiple 2019 expansion teams catered to international regions. The addition of three Chinese teams may have brought in a large segment of that viewership market.

The included infographic states that data from Disney XD and ESPN were included for the 2018 Grand Finals, while the 2019 Grand Finals data pulls from the ABC broadcast. The increased availability during a prime viewing hour in the United States may have something to do with the 18 to 34 viewership increase. That said, the 41 percent year over year increase in United States viewers bodes well for the league regardless of reasoning.

Season three of the Overwatch League begins in February 2020 when the league’s 20 teams will move to their home cities.