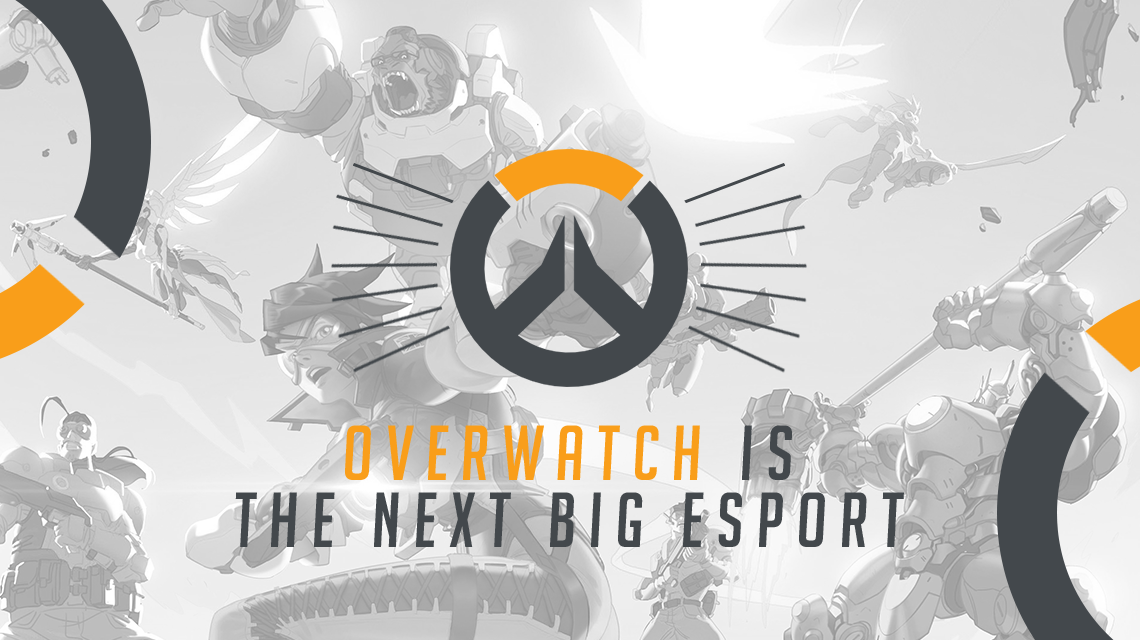 Overwatch, a new game releasedon May 24, 2016 by Blizzard Entertainment, has taken over the PCand console world this past month. Overwatch is the next bigup-and-coming esport of the 21st century.

Before hopping right into thedetails, let’s explain what Overwatch is. The game is a fast pacedfirst person shooter with six people on each team. The objective inthe game is either capture a point and hold it until it hits 100%or escort a payload to the final checkpoint. The game has a varietyof characters that fall under these categories: offense, defense,tank and support.

How is Overwatch the nextbig esport?

Overwatch already has had$92,371 in total prize pools for online tournaments, which is veryimpressive because most new games never would have this much moneyin prize pools only one month after the game came out. Backing thisidea up is one of the biggest first person shooter games outthere, Counter-Strike: Global Offensive, with onlineprize pools as of today at $4,118,247 after the game being out fora little over four years. Projecting Overwatch’s onlinetournament’s prize pools in this amount of time puts theprize pool at $4,618,550. This is if the prize pool was just$92,371 per month, but it could easily increase over the months,especially the rise in popularity of esports.

In recent news, Overwatch hasit’s biggest LAN coming up in about two months. ESL will behosting a $100,000 LAN, the biggest prize pool for Overwatch so far,at the upcoming gamescom. With a LAN including this size prize poolbeing hosted only three months after the game has came out, whoknows what the prize pool could be in a year.

Many esport organizations willnot go into a new esport unless they see potential, some smallorganizations may go into newer esports because they have less tolose. For organizations, this is a business and they hopeto make a profit. To many organizations, Overwatch definitelyshowed potential. Many teams were already picking up rosters in thebeta of Overwatch, with big name organizations venturing into theOverwatch such as Team EnVyUs, Luminosity Gaming andCloud9.

Along with Overwatch’sgrowing prize pools and big organizations, the game has takenYouTube and Twitch by storm. On YouTube, a combination of gameplay,clips, guides and analysts have been racking in crazy amounts ofviews. The majority of gameplay highlight videos have been gettingover 50,000 views. Along with these highlights, a popular YouTubechannel known for it’s guides and tips, called OverwatchCentral, has really taken off in the past 30 days, bringing in overfive million views and more than 70 thousandsubscribers.

On the other hand, Overwatch hastaken over as one of the most popular games on Twitch. Last month,Overwatch had 21,870,000 hours viewed on Twitch, being the fifth most viewedgame of May 2016. Overwatch fluctuates from first to fifth place inmost viewers list at a time on Twitch. With Overwatch proving to beone of the biggest games in terms of viewers, it helps to show it’spotential as an esport. This will help more companies want to hosttournaments with larger prize pools every month.

Adding this all up, Overwatchwill continue to grow into one of the biggest esports. If Blizzardgets more involved into Overwatch as an esport, who knows where itcould lead the game. With more players, organizations andtournaments everyday, the future for Overwatch is verybright.