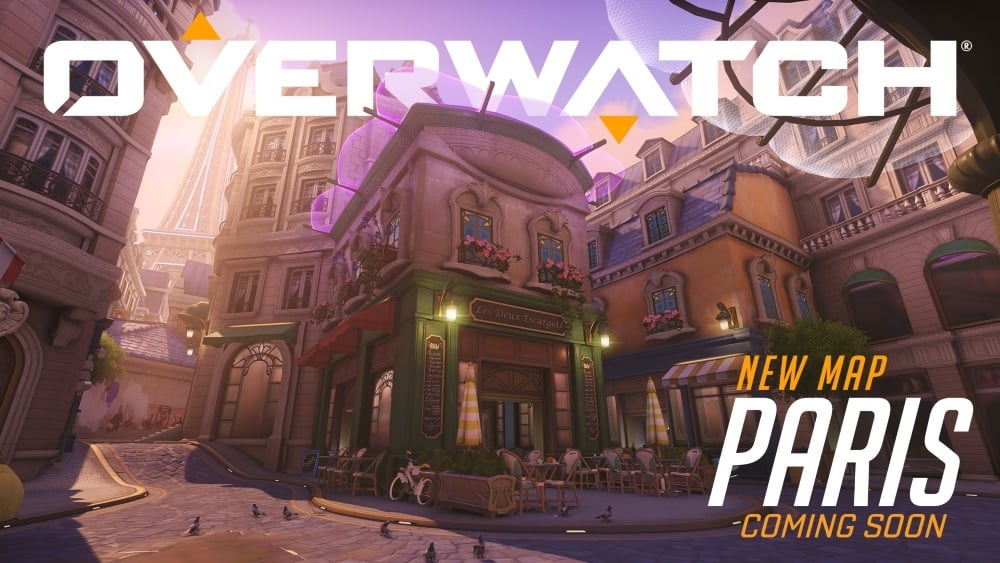 Overwatch maps already span theme parks to space stations. Now, players will get to venture to a whole new city: Paris, the City of Love, will be the next Overwatch Assault map. The map allows players to explore the famous French capital while battling through its narrow streets and iconic landmarks.

Many well-known city features have been given an Overwatch theme. Instead of the Moulin Rouge of the real Paris, the map will feature Cabaret Luna, home to the musical talents of diva, Luna. Enjoy French delicacies like mille-feuille and colourful macarons at the Pâtisserie Galand. Finally, players can take a leisurely stroll through the Maison Marat, a grand palace in the heart of the city.

Perhaps the creation of the Parisian map was spurred by the acceptance of the Paris Eternal months ago as one of the new expansion teams in the Overwatch League. In that case, maybe the next maps will feature Toronto, or Washington D.C., or one of the Chinese teams accepted into the esports league.

Until then, Overwatch enthusiasts can already test the new map on the Public Test Region (PTR) and see all the art and assets associated with the map on the Blizzard website.