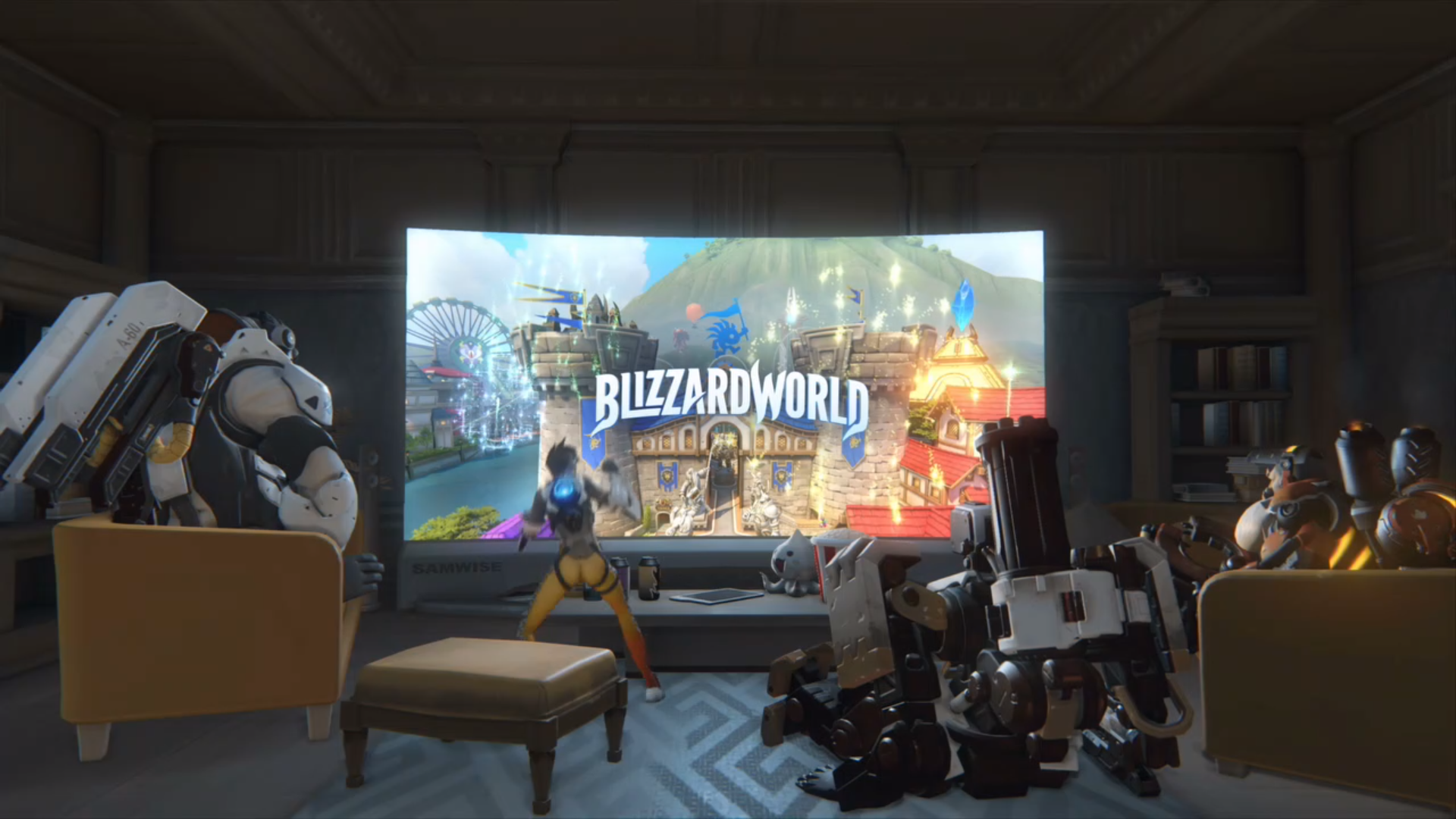 Ever wanted to visit a Blizzard theme park? In Overwatch, now you can.

Overwatch is getting a brand new hybrid map—it’s part assault and part payload—in early 2018. Blizzard World will be available on the Overwatch PTR very soon, according to Overwatch game director Jeff Kaplan, who announced the map during BlizzCon.

There’s a Diablo arena, World of Warcraft castles, a Hearthstone tavern, a StarCraft terrace, and a Heroes of the Storm arcade. After capturing an assault point, players will push the Blizzard World payload through the theme park.

Just think of all the things you can break! The new map firmly secures Blizzard games as existing in the world of Overwatch, which is something that was already hinted at. After all, D.Va is a StarCraft 2 pro gamer.

It’s the Blizzard world mash-up we’ve always wanted. Thanks, Blizzard! Next, can we get World of Warcraft skins?