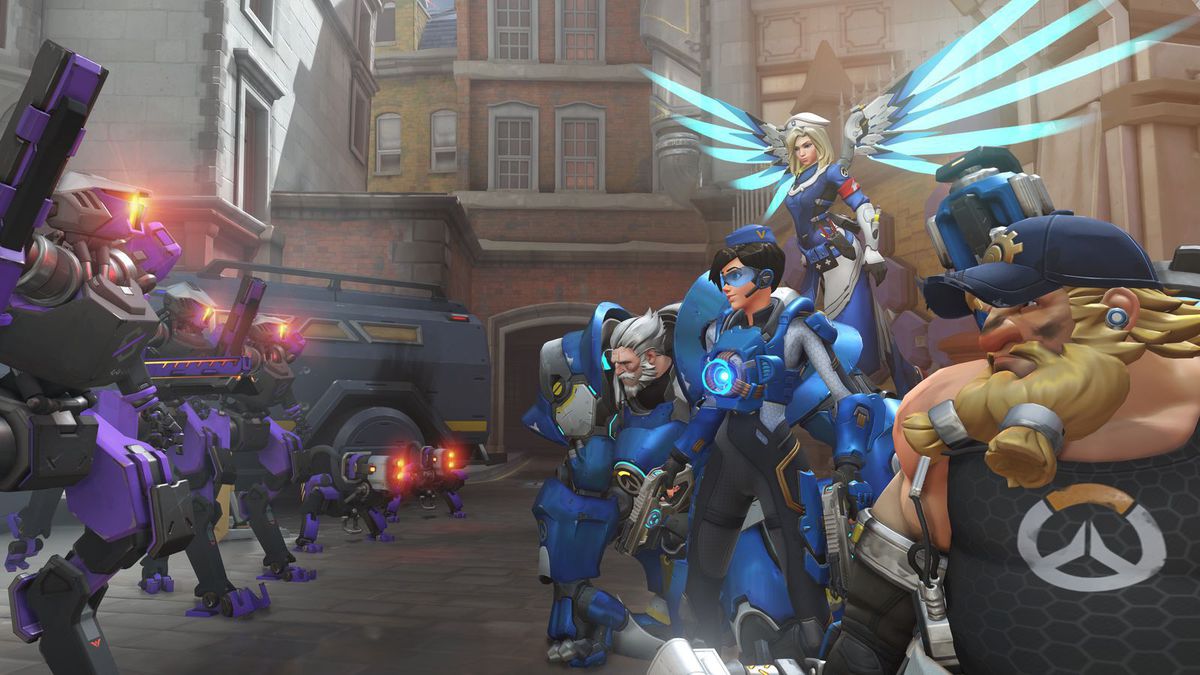 The event starts April 10, and as hinted, it’s more than just the Overwatch Uprising event that debuted last year. Blizzard confirmed the new name of the event is Overwatch Archives, which will explore “cool past moments” in Overwatch’s history. The Overwatch Uprising brawl will return with its original mode and the any character mode, too.

As always, last year’s event cosmetics will return to the event’s loot boxes. But a lot more stuff is coming, too. Kaplan said that everyone’s favorite Shimada brother is getting a new skin—but didn’t say whether it was Hanzo or Genji.

Many Overwatch fans are speculating that the new event will center on a Blackwatch mission, as one of the earlier event teasers featured a Blackwatch logo. Blackwatch was a subset of the Overwatch organization that took on unsanctioned missions—and ultimately, its existence was a reason for Overwatch’s demise.

A lot of Blackwatch’s involvement in the Overwatch organization remains a mystery to Overwatch’s players, but there’s a possibility that we’ll learn more with this event. Toward the end of the Developer Update, Kaplan said he hopes players are “ready for the Retribution,” which could be a part of the new event.