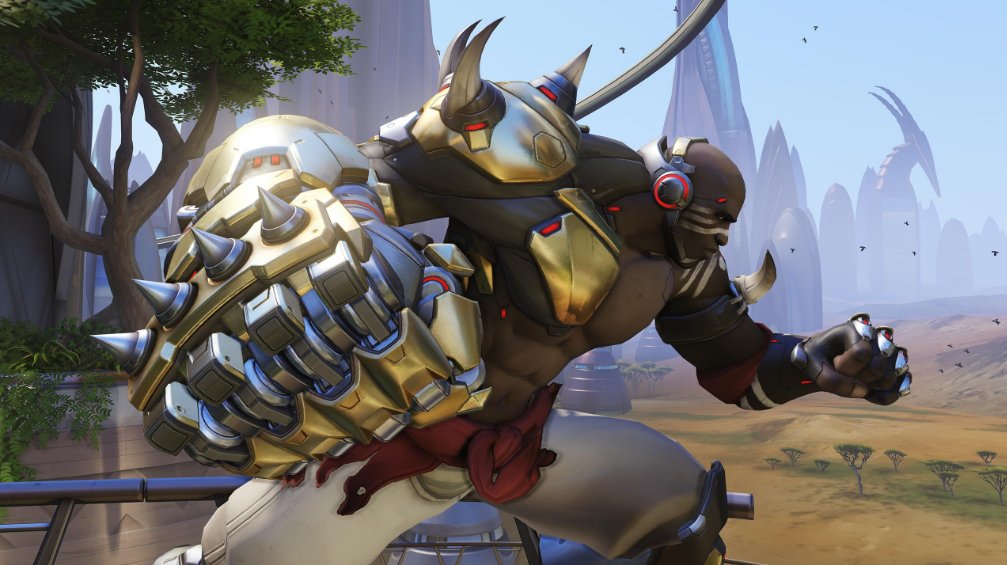 Another Overwatch seasonal event means more new skins for the game’s heroes, and the newest skin confirmed to be coming on Tuesday is for Doomfist.

Doomfist’s Talon skin take us back to his past when he initially joined the terrorist organization, and it has him sporting a sleek, black and red design with some intimidating red facepaint. He still has hair, too!

It also seems like his right arm has a prosthetic instead of the Doomfist gauntlet, or it’s an early prototype variant of the gauntlet itself. Either way, this skin looks tough.

Doomfist joins Hanzo and Moira as heroes confirmed to be getting new skins in the event, which delves into past events of the universe’s history. All of the skins seem to have the same theme of showing the heroes when they were younger.

Last year’s Uprising event introduced a PvE scenario that allowed you to play through Tracer’s first mission with Overwatch. This year’s Retribution event stars Reaper, Genji, McCree, and Moira in the early days of Blackwatch before the fall of Overwatch.