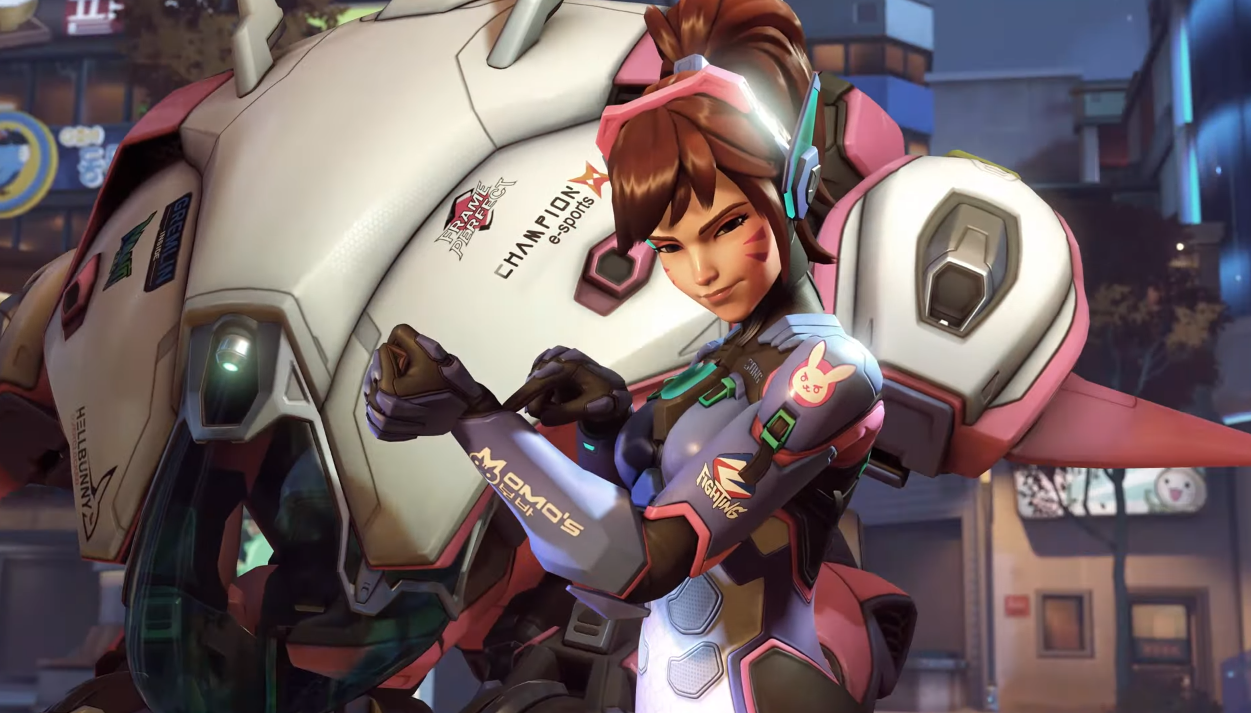 Today’s release date trailer for Overwatch 2 shown at the Xbox and Bethesda Games Showcase previewed many of the heroes that will be playable when the game goes into free-to-play early access on Oct. 4. Some of these heroes appeared to don new designs that we have not seen in any other trailer.

Besides new designs for heroes already revealed, Ashe was the first hero shown with an updated look. The gunslinger and her partner B.O.B. are dressed as if heading into recon, completely with camouflage and a mask over Ashe’s eyes. It’s currently unclear if this is a skin for Ashe or her new base design.

Ana can be seen overlooking what appears to be Eichenwalde with her back to the camera. Her cloak now has a giant bird on it, and she wears a scarf around her neck. The trailer does not show what the front of this outfit looks like.

The next updated design teased is for D.Va, whose changes are both to her and her mech. Her hair is not up in a ponytail, and she looks older than how players knew her in the original Overwatch. Her mech has received a new coat of white paint over the top, though it maintains its signature pink everywhere else.

Symmetra’s new design was the final teaser shown at the end of the trailer. She now sports even more gold assets on much of her clothing, a new hairstyle, and an updated visor covering her eyes and forehead.

Players can expect more information on Overwatch 2 to be revealed during the Overwatch 2 livestream on June 16, where the team has specified details on the game, maps, updates, and the new hero Junker Queen will be revealed. Overwatch 2 is expected to go into free-to-play early access on Oct. 4, though it is unclear if that is for both console and PC.