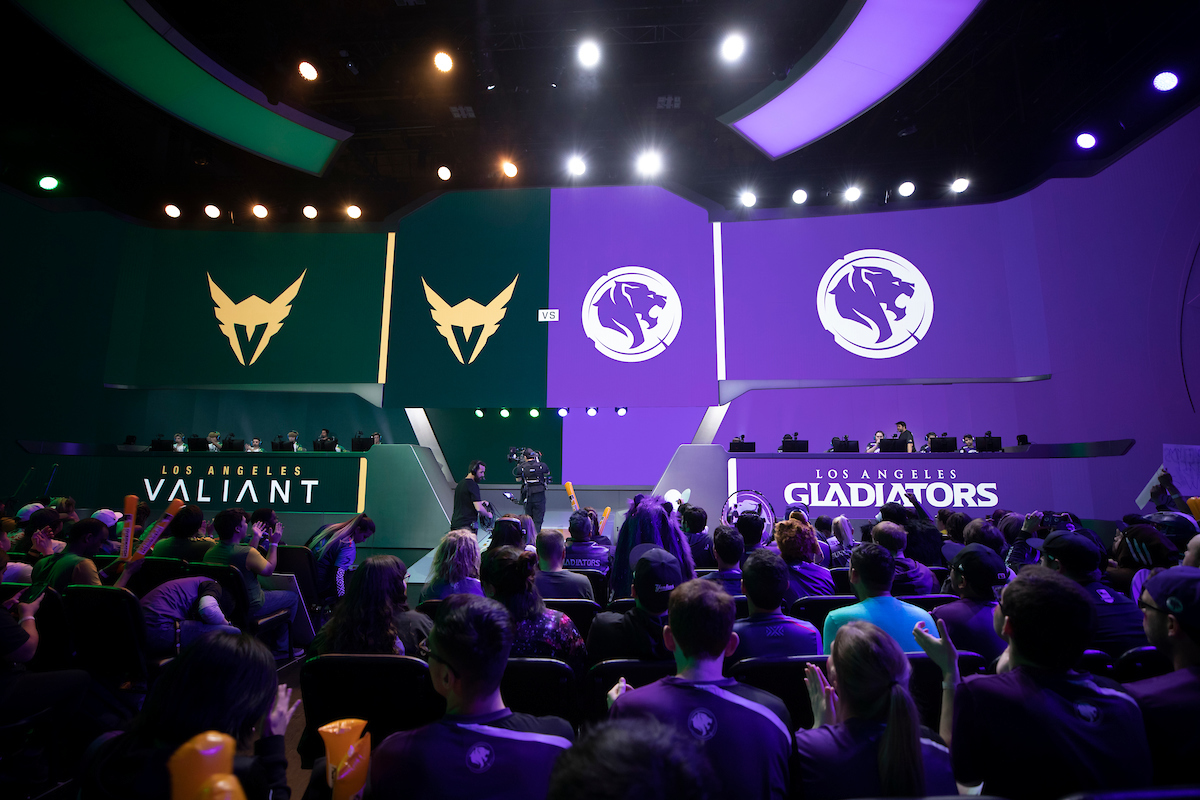 It’s been a long and strange Overwatch League journey, but this weekend marks the official end of regular season games in 2020. With the playoffs looming on the horizon, teams playing matches this week are vying for better seeds in the postseason brackets that begin on Sept. 3.

The top seeds in both regional brackets, North America and Asia, have already been claimed. In North America, the Philadelphia Fusion clinched the first seed, followed by the San Francisco Shock, Paris Eternal, and Florida Mayhem. Asia’s bracket is almost halfway set, with the Shanghai Dragons taking the first seed. The Guangzhou Charge and New York Excelsior follow in second and third place, respectively.

A complicated set of Hero Pools, active in week 28 and 29, have made the journey up the leaderboard more difficult for some teams. Speedy DPS heroes Genji and Tracer are disabled this weekend, leading many teams to opt for snipers or more creative DPS choices, even the occasional Bastion. Support hero Brigitte and tank hero Zarya are also on the bench this week.

For the majority of teams in the Overwatch League, this weekend serves as their last chance to clinch a higher playoff seed. Here are the matches that are likely to matter the most in the final week of the regular season.

Of all the teams playing this weekend, the Los Angeles Gladiators have the most difficult road ahead of them. They play a total of three games this weekend against teams that threaten their climb to a higher playoff seed. While the Florida Mayhem have already clinched the fourth seed, they want to act as spoiler for the Gladiators, who are ranked seventh.

Luckily for the Gladiators, the Mayhem are still suffering from a reverse sweep defeat by the Los Angeles Valiant last week. Additionally, the Gladiators’ roster seems to be excelling in this wild, weird meta. But the team’s past two wins were against struggling teams, like the Boston Uprising and Dallas Fuel. This match, at 4pm CT on Aug. 21, will be a true test of the Gladiators’ newfound success.

Kicking off the Asia-Pacific (APAC) games this weekend at 3am CT on Aug. 22, the Seoul Dynasty and Hangzhou Spark are locked in a fourth-seed fight club. Both teams are dead even with an 11-11 season record and similar map differential. The winner of this match is given a fast-track to clinching the coveted fourth place seed in the Asia playoffs bracket.

When performance matters most, the Seoul Dynasty is relying on new talent to take down the Spark. Off-tank Lim “Toyou” Hyun-woo, a new addition to the team, has been a standout in previous matches during this meta. Seoul’s usual carry, Park “Profit” Joon-yeong, has also been popping off on hitscan heroes. Hangzhou will have to stand up to these players in the team’s final match of the season. If the Spark lose this match, the Dynasty can easily overtake them with another match win later in the weekend.

While the first four seeds in the North America bracket are already claimed, the entire middle section of the leaderboard looks like a battle royale. The Dallas Fuel and Toronto Defiant are in eighth and ninth place, respectively, and both are looking to steal a higher seed.

Dallas, with an 8-11 season record, takes on the 8-13 Defiant at 4pm CT on Aug. 22. Later in the weekend, Dallas faces the Paris Eternal, a match the team is unlikely to win. If the Fuel lose both matches, the Defiant climb to eighth place with a bonus win from their semifinal placement from the Summer Showdown.

This meta has been difficult for both teams, who have often relied on a single carry DPS player to clutch wins. Keep an eye on Andreas “Logix” Berghmans of the Defiant and Stefan “Onigod” Fiskerstrand of the Fuel since they’ll likely take increasingly wild sniper duels throughout the match.

Even though the Overwatch League moved to online matches in March, the spirit of the league remains with one final “Battle for LA” to close out the regular season. The ever-popular matchup, which takes place at 6pm CT on Aug. 23, comes with a bonus of serious playoff implications this time around.

If the Los Angeles Gladiators win both matches before the Battle for LA, the team will be poised to possibly take the Los Angeles Valiant’s current fifth-place seed. If the Valiant drop an earlier match against the Vancouver Titans, the Gladiators will be out for blood during this series.

During the 2020 season, the Valiant and Gladiators have both shown the ability to clutch out a losing map when it matters most. This final battle between the California teams should be full of bad blood, chaotic compositions, and lots of hype.

This weekend includes the last regular season Overwatch League matches. The postseason begins on Sept. 3, when low-seeded North American teams will participate in a single-elimination “play-in” bracket to move forward in the playoffs.