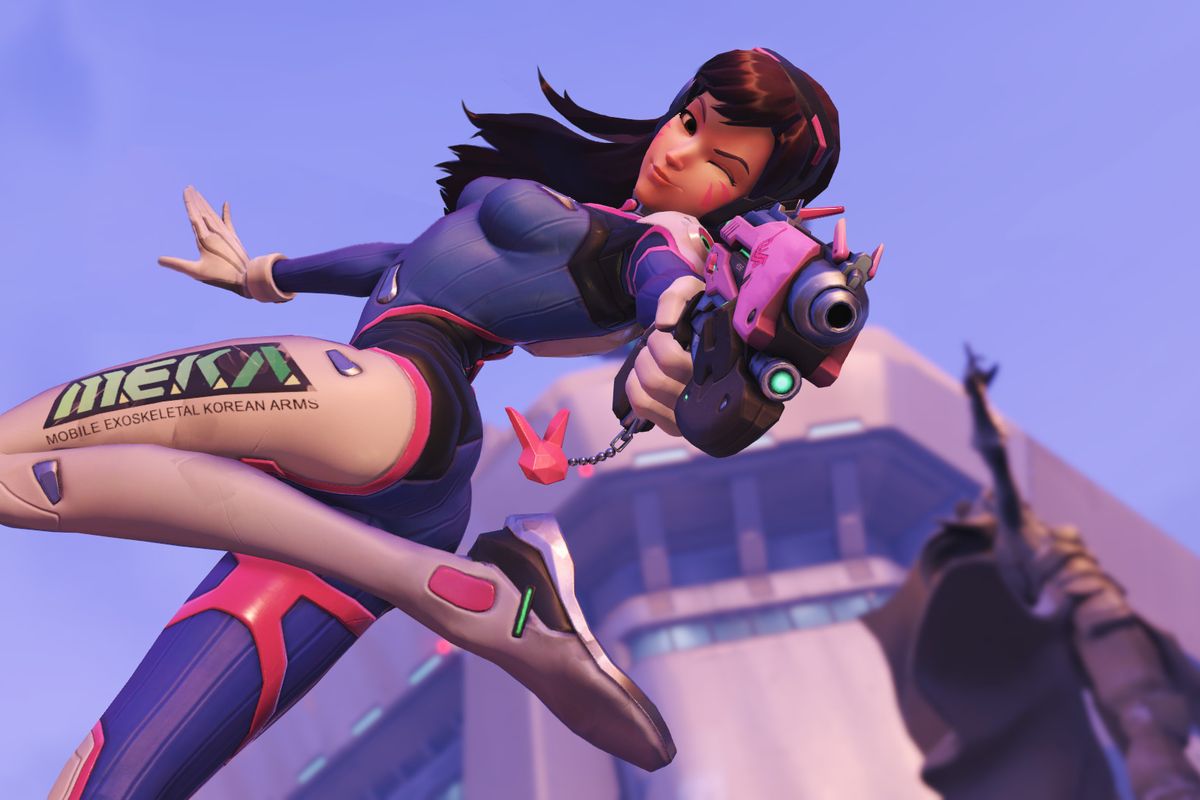 All I see as I enter the S-Plex Center in Seoul, South Korea are women.

Fans are clutching sweating bubble teas and lounging on the couches that fill the lobby of OnGameNet’s esports estadium. Overwatch teams Lunatic-Hai and Mighty AOD are scheduled to compete in the company’s GIGA Arena on the building’s 15th floor. Though the match is still an hour away, the excitement in the lobby is already building. The line for the women’s bathroom winds through an access corridor and straight through the lobby. Waiting in line for the bathroom is not something I’m used to doing at esports events.

This isn’t because women aren’t interested in esports or video games. They are. A study from Esports Ad Bureau and research firm Magid suggests that women make up one-third of the esports audience. Because of the supposed “boy’s club” nature of video games and esports, however, women are rarely of the majority at any given event. The exception, it seems, is Overwatch in South Korea.

A half hour before the Overwatch tournament is about to begin, we’re packed into elevators and shuttled up to the 15th floor. Before we depart up to the actual stadium, an OGN employee hands me an AM/FM radio. The Overwatch Apex has both English and Korean casters, but, as you’d expect, only the Korean casters are broadcast to the audience. As a workaround, English-language fans tune in to a specific station to listen to an English broadcast.

“Other esports in South Korea aren’t like this,” he tells me, gesturing to the crowd.

As we stumble out of the packed elevators, we’re handed energy drinks—Hot 6, naturally, as they sponsor the event—and file into the stadium. There’s a tiny convenience store right outside the venue if we need snacks. Overwatch matches here can go long into the night, and fans are bound to get hungry.

A Blizzard representative meets me at my seat, and his presence seems to double the number of men in the audience. (Maybe an exaggeration; there are a few men scattered across the stadium, but they are few and far between.)

“Other esports in South Korea aren’t like this,” he tells me, gesturing to the crowd. Overwatch esports operate in a unique space in South Korea. It’s seen as a mixture of gaming and entertainment. South Korea’s Overwatch fans are passionate—the Lunatic-Hai fans even more so. Most of the women here are younger than me, likely in their teens and early 20s. For them, the Overwatch players are idols. Fans come bearing gifts, with bags stuffed full of fan art, stuffed animals, and baked treats.

Professional Overwatch players in South Korea are beloved for a few different reasons. The most popular players (anyone on Lunatic-Hai) are not only the best at the game, but they’ve got personality and looks, too. Streaming services like Twitch allow fans to get closer to players—at least, a perceived closeness. The nature of streaming imitates a one-on-one rapport, even as a player streams to thousands of viewers. Intimacy of that kind isn’t normally available with South Korea’s idols. K-pop stars are systematically trained and primed for a specific public presence, often out of reach to fans beyond the traditional celebrity experience, much like high-profile American stars.

A more personalized experience with these Overwatch players is something new.

In March, a group of Overwatch fans banded together to purchase ad space in a subway station to honor two Lunatic Hai players for their birthday. And according to OGN English caster Wolf “proxywolf” Schröder, that ad space is normally reserved only for “top idols [and] actors,” not esports players, let alone esports players in a brand new esport.

Other international Overwatch scenes have struggled in the areas that South Korean Overwatch succeeds in. Just days after visiting the Overwatch Apex, I traveled to Taiwan to watch Overwatch at the Blizzard Estadium. Despite fielding teams that would likely be able to contend with South Korea’s rosters, the home teams in Taiwan did not draw out nearly as large of a crowd, and certainly much less passion. And after spending a night watching Overwatch with a sold out stadium full of women, it was jarring to return to a small crowd of mostly male fans.

OGN and Blizzard South Korea have created a tournament that highlights player personality—the tournament frequently has little segments with player interviews and extras—as well as skill.

As each match begins, individual fans lead cheers for each team. “One, two, three,” one fan shouts in Korean. The rest of the audience responds: “Lunatic-Hai fighting!” It’s something of a tradition. It happens before each and every map begins. Despite the clear passion of Overwatch’s female fans, I get the sense that the international scene doesn’t take them seriously.

Plugging my borrowed headset into my ears, I hear the English casters describe the women’s screams as “shrieks.” I can’t help but feel like that term is gendered. I see international fans joke about South Korean fangirls in forums and subreddits. Maybe I’m projecting—and I doubt these comments are meant to be malicious. Overwatch’s South Korean fandom is just different than the international scene. The idea of a “boy’s club” is breaking down with Overwatch in South Korea, and it could signify an outward trend.

The audience “oohs” and “ahhs” as big plays are made: The crowd roars for perfectly timed ultimates and clutch saves. Fans fawn over players while their pre-tournament interviews air. It’s the perfect storm of elements: I don’t think it’s a coincidence that female fans in South Korea love Overwatch and its professional players. Blizzard is the first massive esports title to field a roster of diverse heroes fans can relate to. Overwatch’s South Korean hero D.Va is testament to that. D.Va is fierce and cute, a former StarCraft gamer who now pilots a hulking pink mech. There hasn’t been a hero like her before, unless we’re counting Street Fighter 4’s Juri Han, though she’s hardly had the same reception as D.Va.

A group of South Korean feminists have even appropriated the hero’s likeness in an effort to promote equality in the country. D.Va’s logo was spotted during the international Women’s March on Jan. 21. After some searching, Polygon discovered the group was called the National D.Va Association. They formed as a faction of women who loved Overwatch and morphed into an advocacy group for gender equality. The National D.Va Association isn’t only concerned with issues surrounding gender and gaming. Its politics span South Korea’s national issues.

Maybe it’s representation that drew South Korea’s fans to Overwatch rather than League of Legends. Sure, League of Legends is ridiculously popular in South Korea, but many of its players are not idols like Overwatch’s players. (Some, like Lee “Faker” Sang-hyeok are.) As Schröder said, esports players don’t get subway ad space—but Overwatch players do. The women invested in Overwatch’s players in South Korea are boosting the game’s professionals to otherworldly levels.

Lunatic-Hai, of course, wins its Overwatch Apex match. The cheers and applause goes on for what seems like days, before the crowd rushes toward the elevators to meet the team in the lobby.