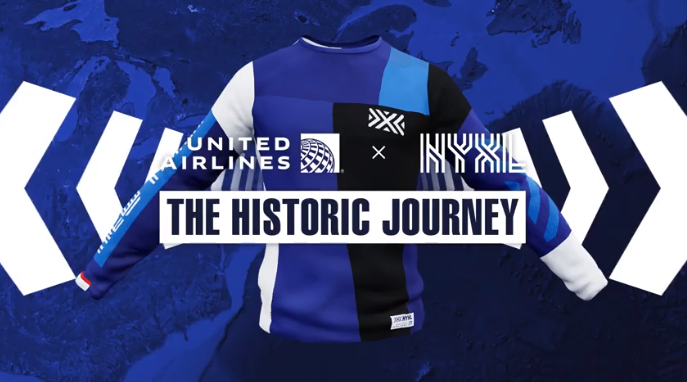 The New York Excelsior is teaming up with United Airlines to create the Historic Journey Jersey Collection, the Overwatch League team announced today.

The collection is made up of eight unique jerseys, each created by repurposing and upcycling portions of previous NYXL jerseys from the first three seasons of the Overwatch League. Although the jerseys won’t be available for purchase by the general public, since there are only eight of them in total, NYXL fans will have a chance to win them during an upcoming digital campaign.

“Each of these jerseys are completely unique and were handcrafted by our award-winning consumer products team from portions of NYXL jerseys from the past three seasons,” said Kai Mathey, head of partnerships at Andbox. “Fans will have a chance to win them as United Airlines and the NYXL launch a digital campaign that will bring fans on a journey spanning the team’s first three seasons in the Overwatch League.”

NYXL has had a wild ride in OWL season three. After starting their 2020 season playing at a homestand in New York, they eventually relocated their team operations to Korea after the state of New York shut down non-essential businesses to combat the spread of COVID-19. The Excelsior have played in the APAC division since relocating in April.

New York Excelsior is scheduled to kick off its 2020 OWL playoff journey on Saturday, Sept. 5 against the Chengdu Hunters in the second round of the APAC playoffs.