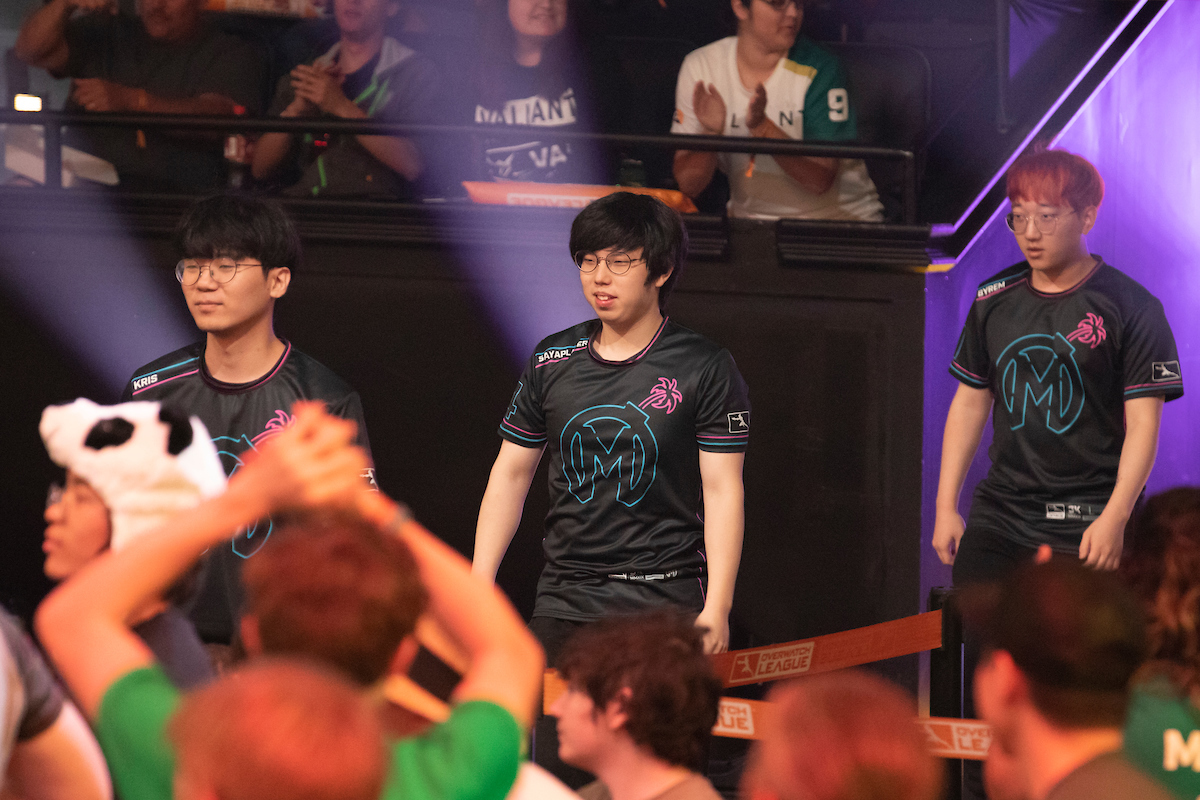 Any change is a good change as long as the Florida Mayhem is concerned. After coming in dead last in the 2019 season, the team made a commitment to improvement through the offseason.

To be fair, the Mayhem had a hectic experience in last year’s Overwatch League season. As the year progressed, Florida transitioned to an all-Korean roster after previously playing as a mixed roster. That much change will affect any team, no matter the talent, and their standing in the leaderboards showed it.

In 2020, the Mayhem has prioritized star players and cut corners where they could. The result is a talented team that has the potential to rise above their previous failures.

Florida’s main tank squad has remained relatively untouched over the offseason. Main tank Koo “Fate” Pan-seung returns with substitute main tank Choi “Karayan” San-ha. Both had their moments of inspirational play, but with the lack of coordination that comes with fielding an all-new roster, 2019 wasn’t a great year for them. Now that Fate and Karayan won’t be subjected to the horrors of triple support, triple tank, they may manage to succeed. Off-tank “Gargoyle” Beom-jun returns with his terrifying Roadhog skills.

The Mayhem’s support line gets a serious boost with former RunAway flex support Gang “GangNamJin” Nam-jin. Flex support may arguably be the most successful role on the Florida Mayhem at the moment, considering the immensely talented Seong “Byrem” Joo Lee also fills the role. That said, main support Choi “Kris” Jun-soo hasn’t exactly been the most consistent player in the past. An improved sense of coordination may help the support squad in 2020.

Florida’s offseason was relatively low profile except for the signing of GangNamJin and his RunAway teammate, DPS Kim “Yaki” Jun-gi. The projectile specialist should bring a level of expertise to the Mayhem’s damage-dealing squad. Last season, Lee “BQB” Sang-bum showed his proficiency on Sombra when the team struggled with the triple-triple meta. He may get to show his actual depth when Hero Pools enter the league.

Even with Yaki’s signing, the Mayhem’s most impressive DPS player is likely still Ha “Sayaplayer” Jeong-woo. His Widowmaker and McCree play has carried the Florida Mayhem countless times in the past. If he’s given the space to operate, Florida may be a true threat to teams higher in the leaderboard.

On the upside, the Florida Mayhem literally can’t do any worse than they did last season. With a serious improvement in talent and staff, which includes former player Kim “Kuki” Dae-kuk as head coach, the team is bound to see some improvement. The Atlantic South division isn’t necessarily a difficult one and the Mayhem can easily play at the level of the Houston Outlaws and Washington Justice.

Florida’s main concern should be building the real feeling of a team that has been sorely lacking in nearly the team’s entire run in the Overwatch League. Things have always been in flux for players on the Mayhem. Without this chaos, star players like Yaki and Sayaplayer should be able to make some serious headway against opponents.

The Florida Mayhem plays the Houston Outlaws at 3pm on Feb. 15 in Philadelphia, Pennsylvania.