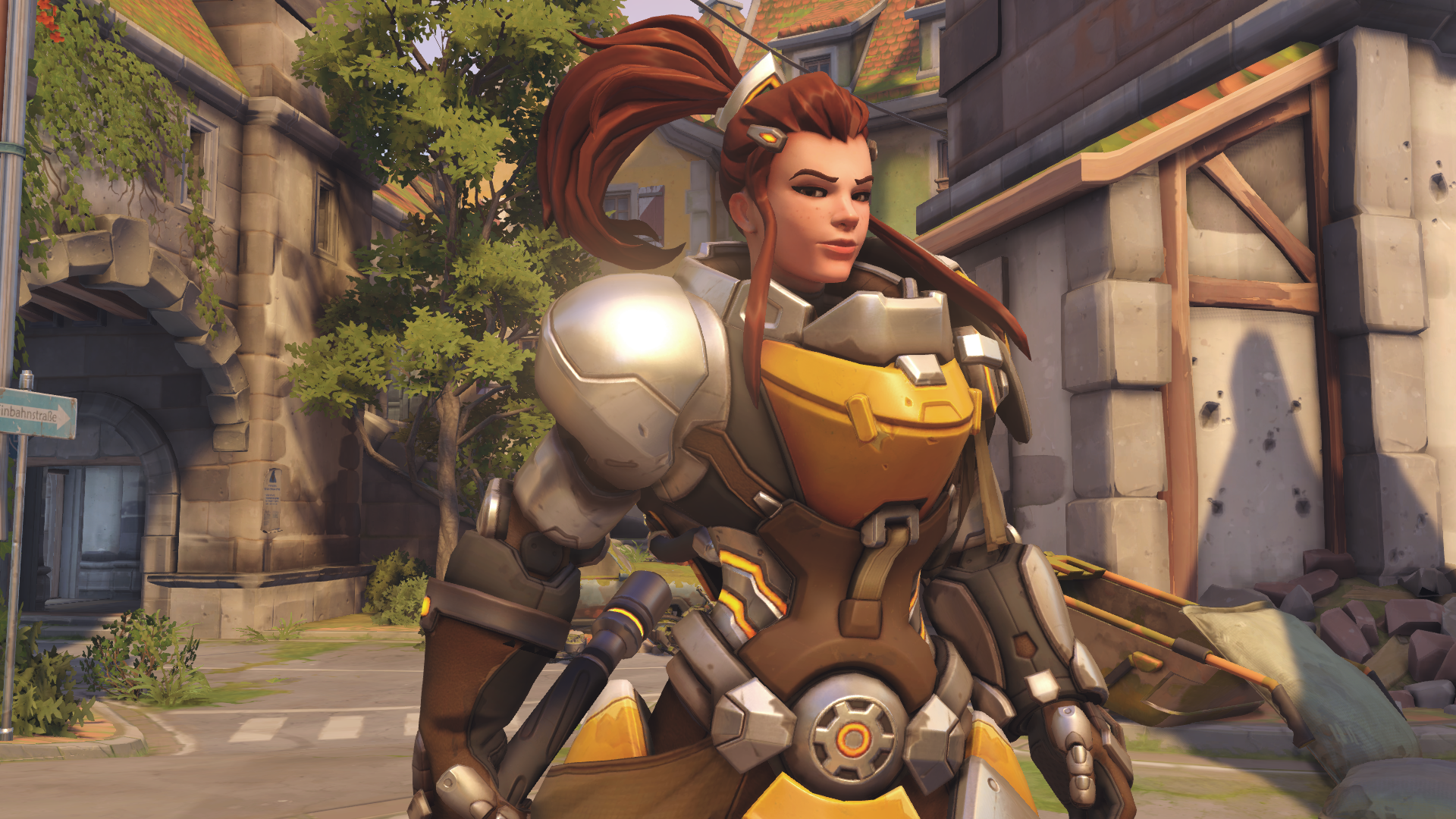 Brigitte sports a mechanical arm in the new skin, just like her father. Deep reds and molten lava-like yellows dominate the new outfit, which is topped off with mechanic’s googles strapped onto her head. As with all Overwatch skins, what makes the skin special and unique is really all in the details—like the wrench tucked into a pocket and the mechanized shield.

There’s no mistaking that this skin is a nod to her father.

Brigitte entered Overwatch’s PTR on Feb. 28. Her first nerfs came over the weekend, targeting her Shield Bash ability. She’ll remain on the Overwatch PTR until Blizzard deems her ready. There’s no timeline for her release, but new Overwatch heroes typically spend weeks in testing.