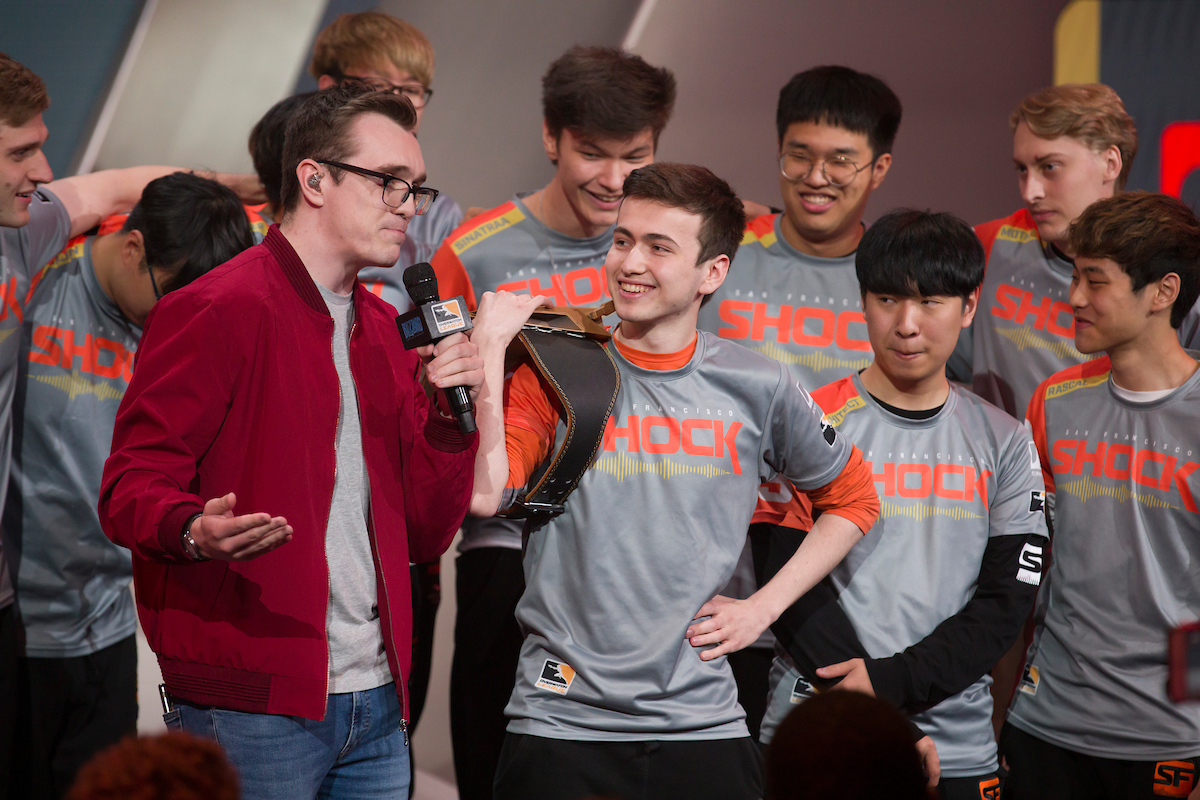 Marvel Entertainment loves the Overwatch League, but does the company love it 3,000? The San Francisco Shock announced that they’ll be sponsored by Avengers: Endgame and Marvel Entertainment throughout the remainder of stage four. The short-term partnership is to promote the film’s release digitally and on Blu-Ray.

The team announced the partnership with a work of art showing multiple Shock players wearing the time-traveling outfits seen in Endgame. The post uses the movie’s tagline, “whatever it takes,” as a reference to the fact that the Shock are fighting for the highest seed in the Overwatch League’s season playoffs, which begin on Aug. 30.

This is the first time Marvel has sponsored a team in the Overwatch League, but it isn’t the company’s first esports collaboration. Team Liquid made headlines this year by collaborating with Marvel on exclusive jersey designs for the organization’s teams and the general public. Marvel has also collaborated on multiple League of Legends comics with Riot Games.

As for the San Francisco Shock, they’re no strangers to high-profile sponsorship collaborations. Sennheiser, a German audio company, recently sponsored the team. The Shock share sponsorship from Nighthawk Pro Gaming, part of Netgear, with the Seoul Dynasty. This has led to two “Router Championship” matches between the teams. San Francisco have won both games, along with a golden router championship belt.

The San Francisco Shock next play the Los Angeles Gladiators on Aug. 3 at 7:15pm CT.