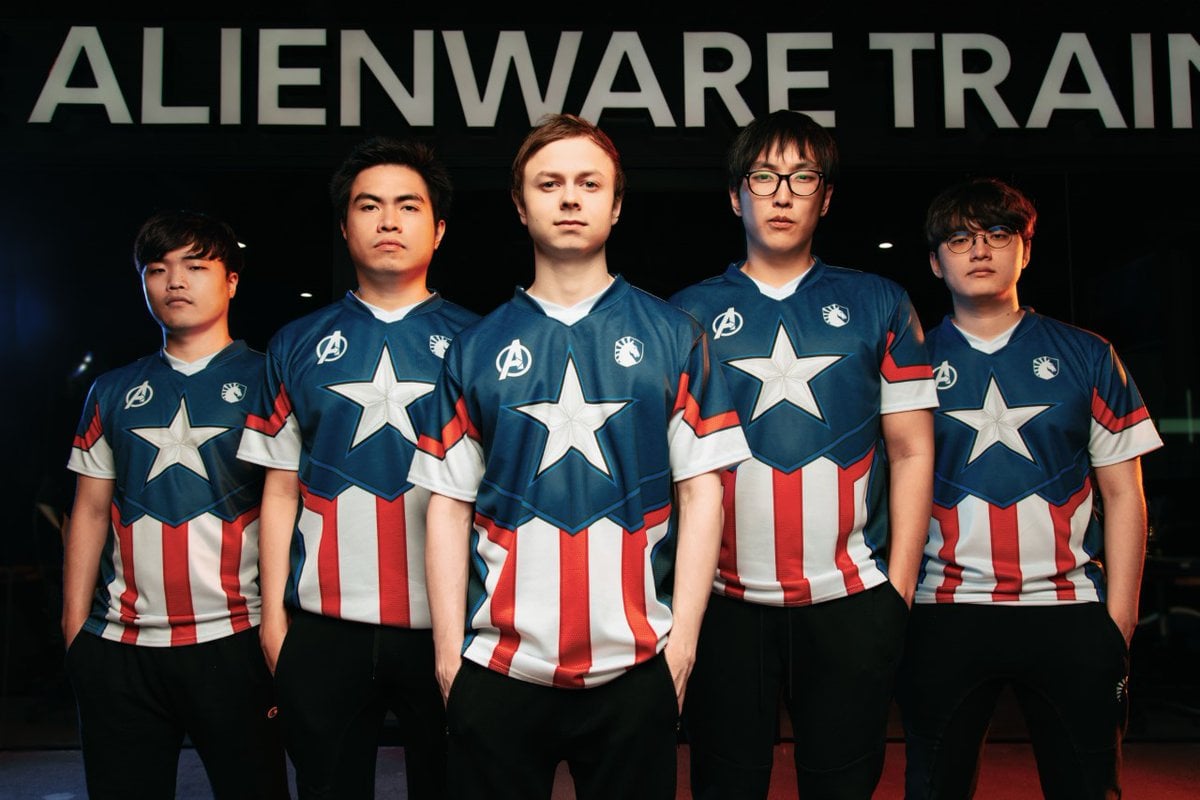 Team Liquid has collaborated with Marvel Entertainment to create some limited–edition jerseys for the team during the ongoing 2019 Rift Rivals tournament, the organization announced today. Rift Rivals pits the best North America League of Legends teams against the top European squads to determine the best region between the two.

Liquid revealed the strategic partnership with Marvel during the broadcast of Rift Rivals, where its League of Legends team came out in specialized, Captain America-themed jerseys with the Avengers logo on one side and Liquid’s logo on the other. But these aren’t the only jerseys from the collaboration.

There will also be Iron Man-themed jerseys that sport Tony Stark’s classic red armor printed on the front, as well as Quantum Realm jerseys that resemble the white body suits that the Avengers used in Endgame. Graphic T-shirts will be available for sale as well.

“Our goal is to have this start with merch in phase one and obviously, we want to make more stuff and these five items are just the beginning,” Liquid’s COO Mike Milanov said. “We’d also love to explore how we could infuse ourselves into the Marvel universe or what other things we could do that could merge lifestyle, gaming, and comic books.”

This is an ambitious and exciting collaboration for Liquid that should provide plenty of content for the organization’s fans to enjoy.