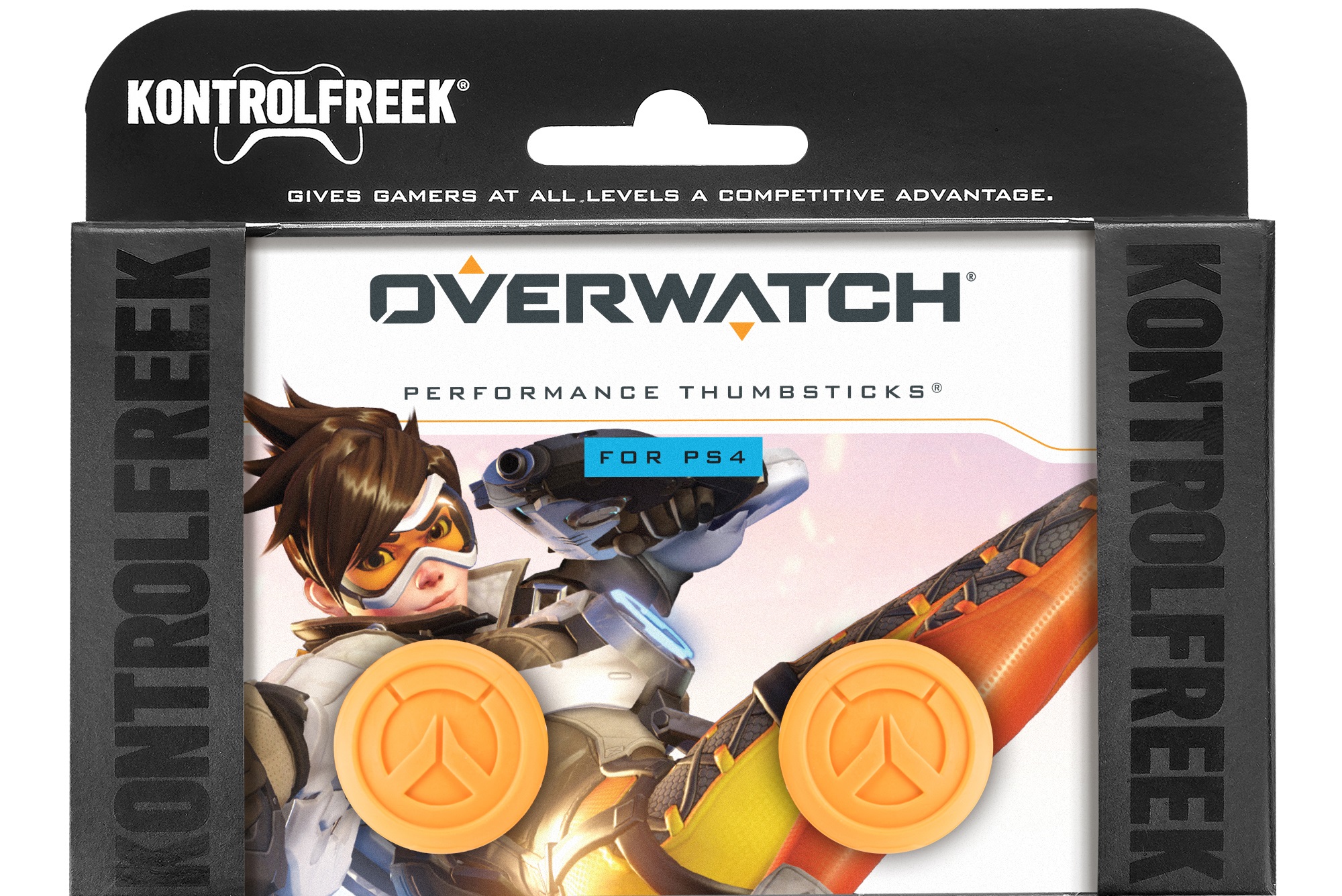 What’s a performance thumbstick? They’re basically thumstick extensions, adding a bit more height to the controller. They change the grip of the device, and KontrolFreek says they increase “standard controller thumsticks’ range of motion by up to 120 percent.” Overall, they’re really just a way to customize Xbox One and PlayStation 4 controllers.

Related: Fnatic’s new line of keyboards have some flaws, but they’re still well-built

“Our passionate fans have been asking for Overwatch-themed peripherals for quite some time, and we’re thrilled we’re finally able to bring them to life with this unique set that combines the in-game benefits of our performance thumbsticks with the vibrant universe of Overwatch,” KontrolFreek CEO Ashish Mistry said in the announcement.

If you want an Overwatch-themed controller, these are a step in the right direction—but they won’t make your controller nearly as cool as Blizzard’s custom Overwatch controllers released last year.

Is the KontrolFreek Overwatch thumbsticks the next best option? That’s your call. The thumbsticks are available for PlayStation 4 and Xbox One controllers online and in retailers like GameStop and GAME UK for $18.