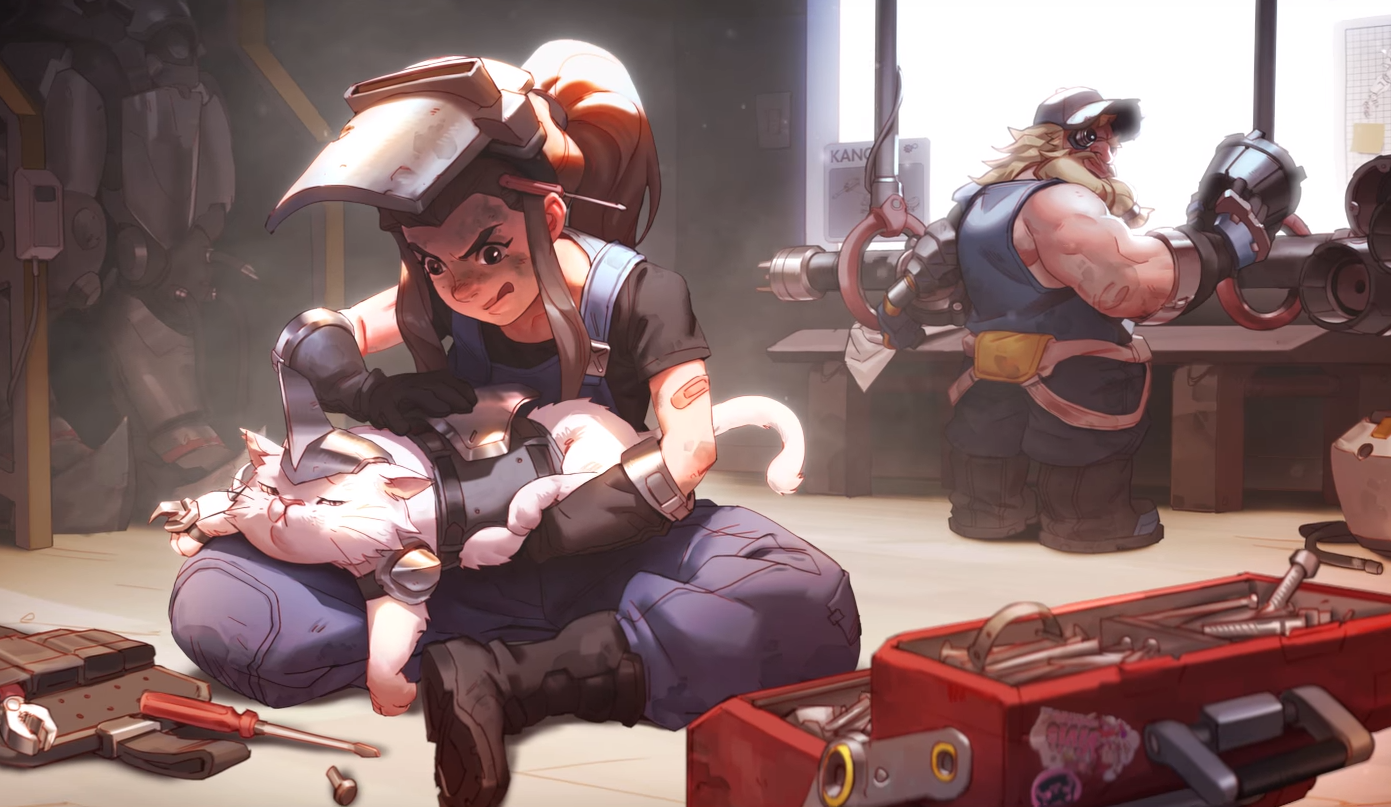 Donning tuna car armor and wielding a slab of ham, new Overwatch hero Brigitte has been transformed into a cat by one of the game’s most inventive artists.

Thanks to Katsuwatch creator dillongoo, we get to imagine Brigitte as a cat, instead of just a cat lady. Dillongoo has recreated Brigitte’s Overwatch highlight intros, giving her a tin can shield and a dangling fish toy. We’re sure you already know this, but, yeah, it’s cute.

Related: We may not have jetpack cat, but we do have cat lady Brigitte

Dillongoo calls her Brikitte, and has her fighting a kitty version of Genji in the short video. Brikitte uses her ham flail as a lure for kitten Genji before whacking him around a bit. Good kitty.

Dillongoo is the animator behind a whole range of Overwatch cat videos, with 25 of them uploaded to YouTube at the time of writing. He’s reimagined nearly all of Overwatch’s heroes are extremely cute—and exceptionally fierce—kittens. Someone had to do it.

Brigitte is currently in testing on Overwatch’s PTR. She won’t get released this week, but it shouldn’t be long before she’s added to the game’s live server.