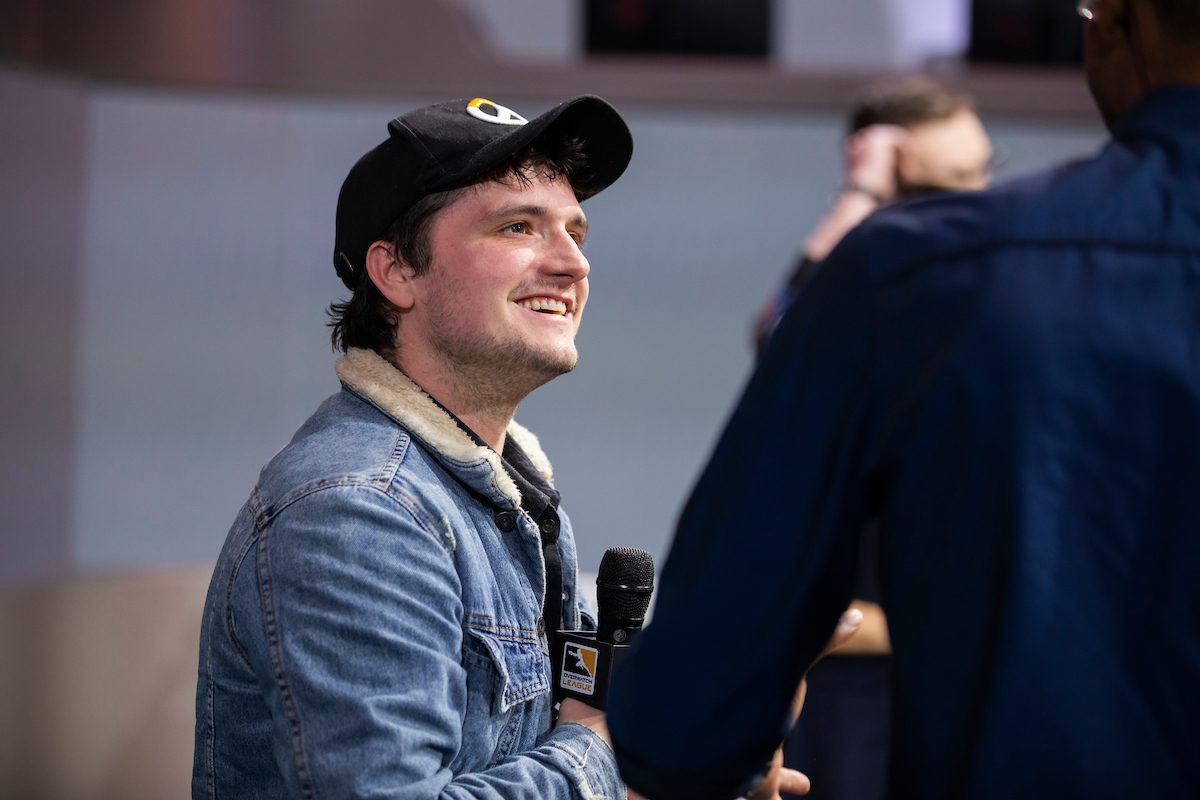 American actor Josh Hutcherson made an appearance on the Overwatch League stage to help break down the series between the Philadelphia Fusion and the Los Angeles Valiant during the match’s halftime show on Thursday.

Shortly after the second map of the series, the Hunger Games actor admitted to being a Los Angeles Valiant fan, despite the team’s now six-game losing streak, and named Orisa and Reinhardt as his favorite Overwatch heroes to play.

Hutcherson also spoke about the current state of the Overwatch meta and the changes he would like to see bring down GOATs. “I’m ready for a change, man, I want to see more Widow again, I want to see some Pharah,” Hutcherson said. “I miss that meta, but you know, I’m curious to see what Baptiste does and what that change is.”

Toward the end of the halftime show, Hutcherson pointed to the New York Excelsior as the team he believes will emerge victorious in the stage one playoffs. Last week, the New York-based team became the first contenders to clinch a playoff spot with their victory over the Seoul Dynasty. On the other side of the standings, however, the Los Angeles Valiant were eliminated from the playoffs after falling to the Guangzhou Charge on Sunday.

Over the next two weeks, seven more teams will secure their spot at the stage one playoffs, which will take place from March 21 to 24.