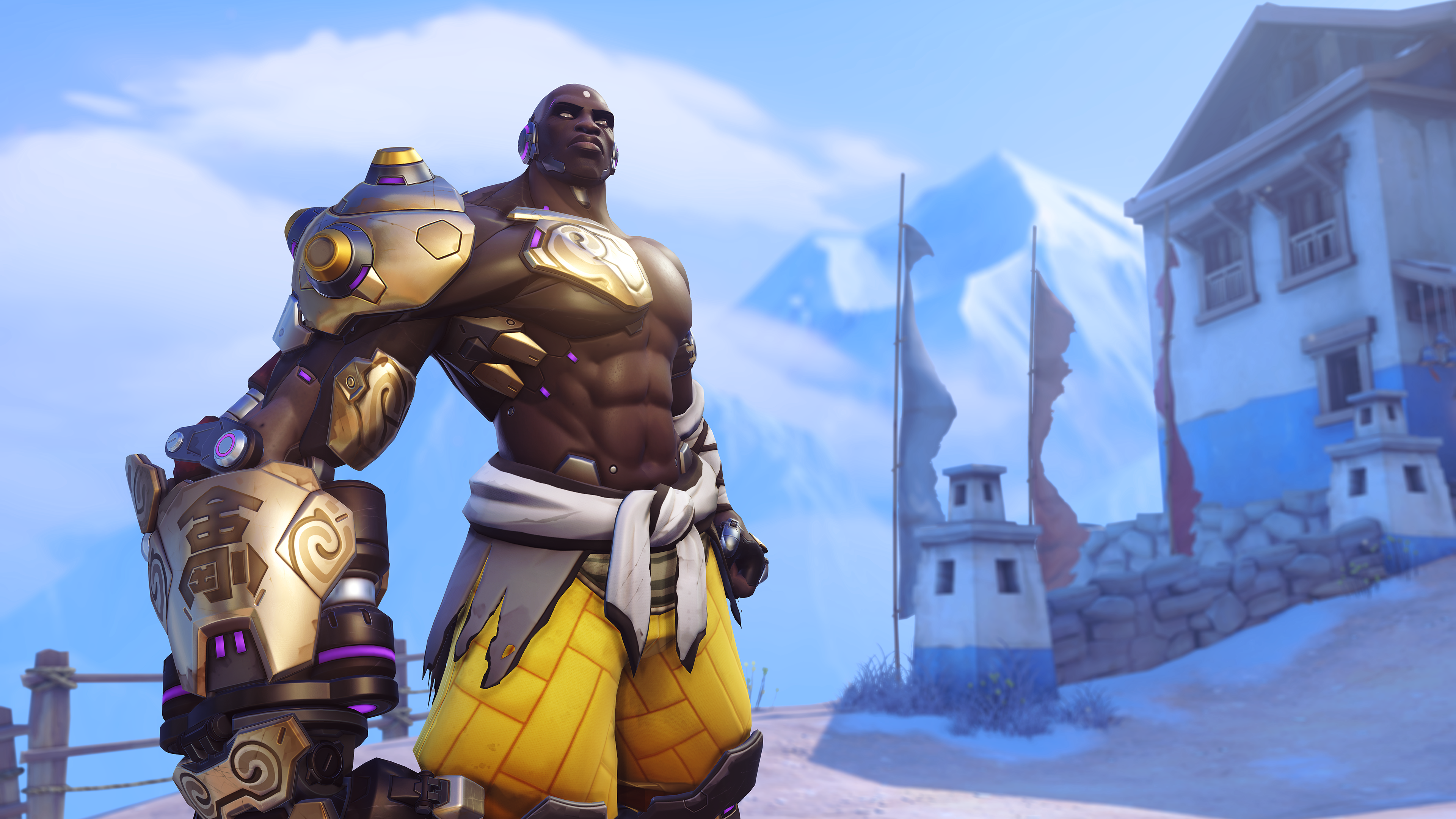 Get those Capture the Flag skills back in gear. Overwatch’s Lunar New Year event launched on Jan. 16 with seven new skins to collect and a new arcade mode to enjoy. As usual, three of the skins can only be unlocked by completing weekly challenges. Overwatch has used weekly challenges in nearly every event of 2019—and 2020 is no different.

During a weekly challenge, players must win nine games of Overwatch in quick play, arcade, or competitive mode. Custom game modes don’t count toward the challenge goal. After winning three games, the player unlocks a new profile icon. An exclusive spray is unlocked at six wins and the event skin is unlocked at nine wins. The tally resets every Thursday throughout the event.

From Jan. 16 to Jan. 23, fans can unlock Monk Doomfist. The Epic skin is a simple change to Doomfist’s normal attire, but it features a gilded weapon and a more “zen” color scheme. The “Jingang” Doomfist icon is unlocked at three wins. At six wins, players get a spray of Doomfist focusing before battle.

Next week, from Jan. 23 to Jan. 30, players will unlock Ancient Bronze Winston. This skin gives Winston a statue-like makeover with green and brass highlights. The Ancient Bronze player icon is unlocked at three wins. An exclusive spray that literally imagines Winston as an ancient bronze statue will be available after six wins. Nine wins nabs players the Epic skin.

The final weekly challenge, from Jan. 31 to Feb. 5, features Paper Cutting Wrecking Ball. The tiny hamster’s mech is transformed into a red and white paper cutting that appears to resemble a lotus flower. Hammond himself has also managed to get covered in gold. A “rat” Wrecking Ball icon is unlocked at three wins to represent the Year of the Rat. At six wins, players unlock a spray of Wrecking Ball in his own paper cutting. The vibrant Epic skin is earned at nine wins.

Pay attention to these dates if you’re after one of these event skins. After that week’s challenge is over, the skin is no longer available during the Lunar New Year event. Four Legendary skins are also available through Lunar New Year loot boxes. The event ends on Feb. 5.