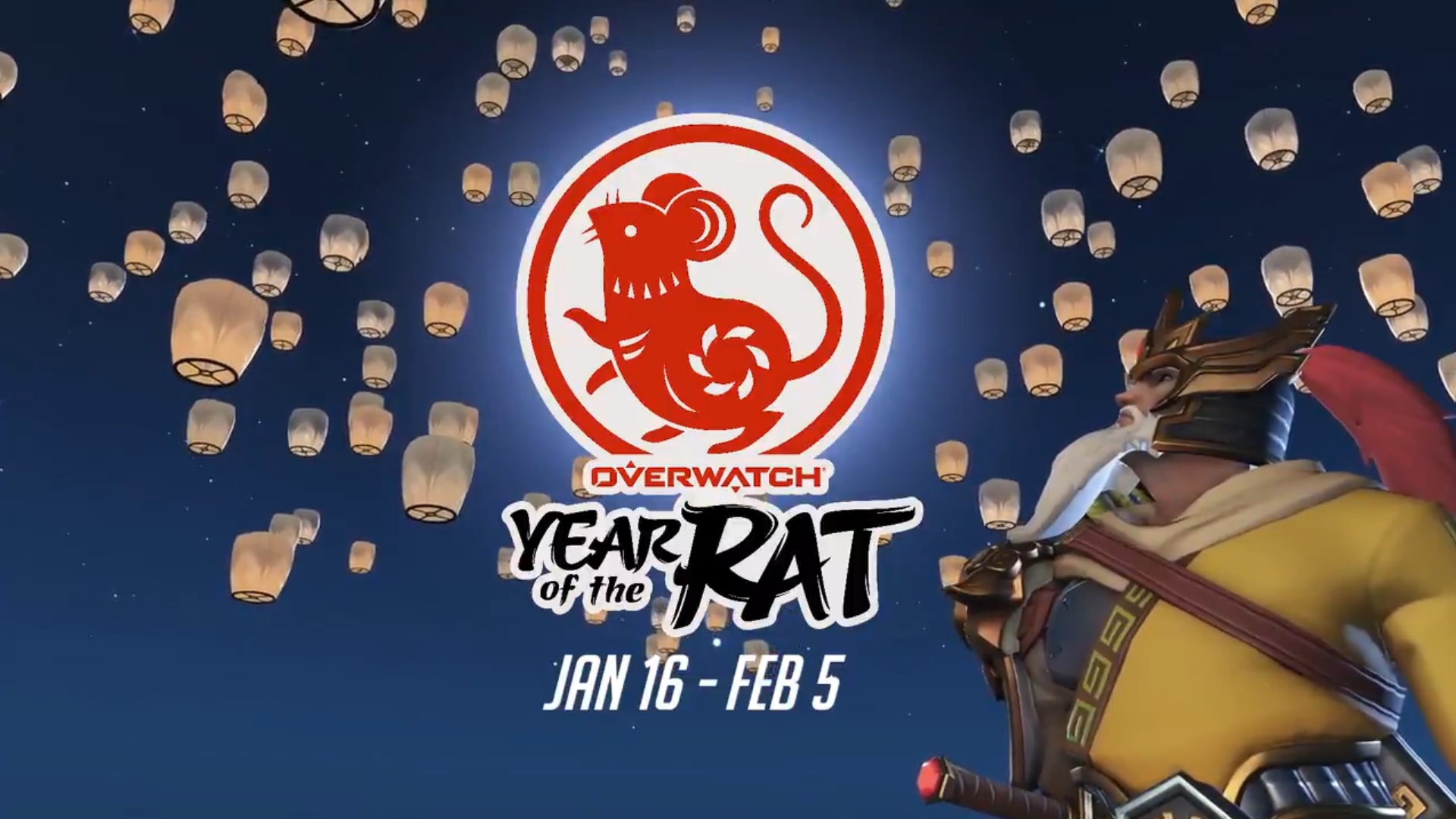 Blizzard has kicked off its Overwatch Lunar New Year with a bang.

The Year of the Rat made its way to the live servers today. Players have until Feb. 5 to take part in the festivities that celebrate the Lunar New Year. Themed skins and game modes will also be available for the duration of the event.

The update added four new legendary skins for Lúcio, Moira, Brigitte, and Sombra. Three epic skins can be unlocked for free, one each week of the event. Additionally, all previous Lunar New Year skins will be available for purchase for a rarity-dependent price. Players who missed Reaper’s Lu Bu skin last year, for example, can get it in the store for just 1,000 credits.

The Lunar New Year will also introduce weekly mini-events like Ana’s Bastet challenge, in which players will get unique prizes every three wins—no loot box required.

Three epic skins are up for grabs. Monk Doomfist, Ancient Bronze Winston, and Paper Cutting Wrecking Ball can be unlocked by getting nine wins over the course of a week, Arcade modes included. The same model was applied during last year’s Halloween Terror and Winter Wonderland.

The Year of the Rat will see the return of its signature Arcade game mode, Capture the Flag. A different, more frantic version of the matchup will also be in the rotation during the event. Players can try the new “Capture the Flag Blitz,” which places flags closer to each other and requires six rounds for a victory to deliver more fast-paced matchups.

The changes brought by the event aren’t only cosmetic. The update also delivered a series of highly-anticipated balancing changes that made their way to the PTR last week. Baptiste, Mei, Hanzo, Orisa, and Doomfist were all hit with nerfs, while the popular MEKA pilot got a significant buff to her rocket boosters.

The Year of the Rat runs until Feb. 5. Players who wish to purchase the thematic skins must do so before then or risk waiting until the Anniversary event, which traditionally releases all skins for purchase with credits.