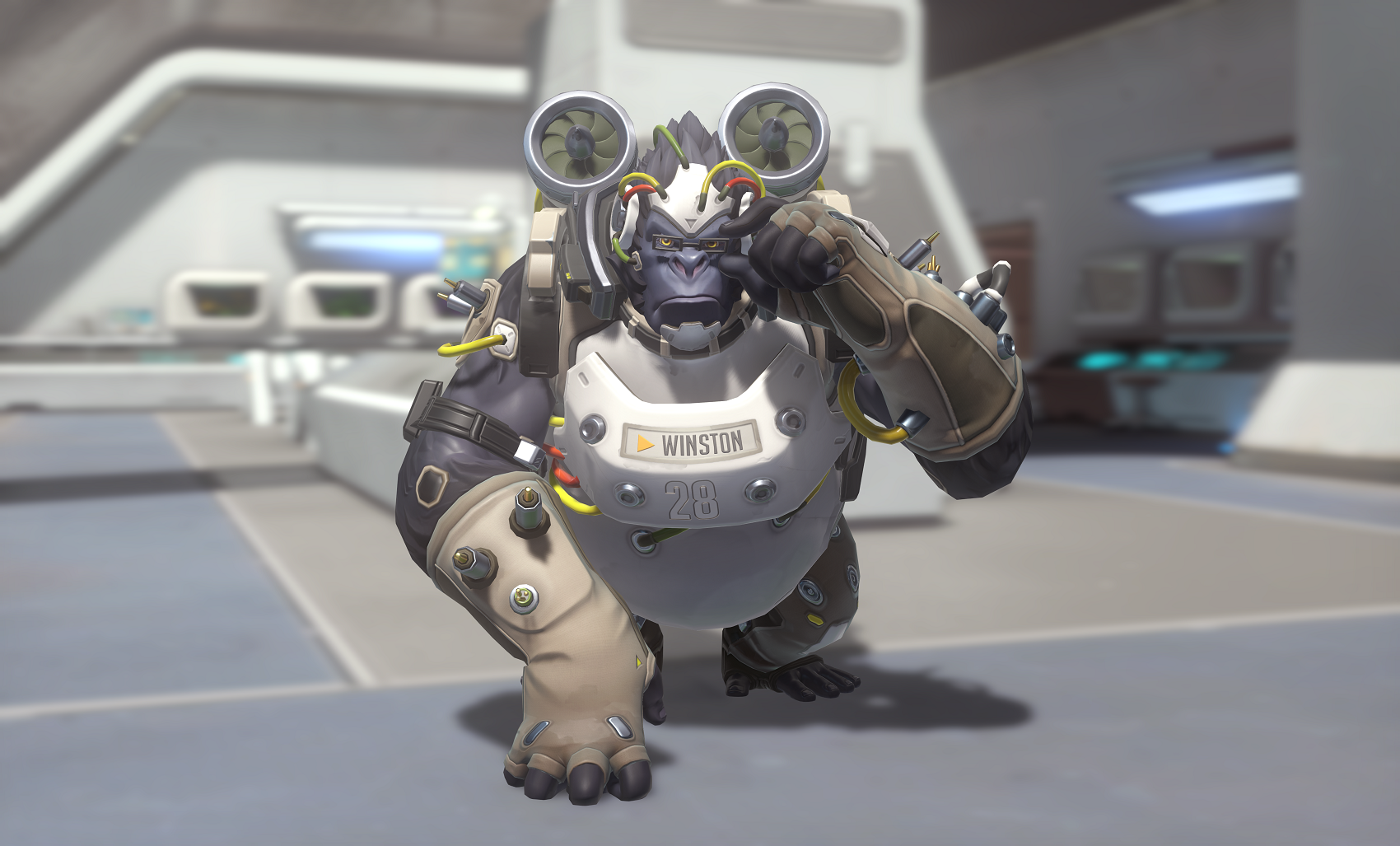 An Overwatch player asked the question in the game’s forum, and Kaplan stepped in to investigate. He reached out to Overwatch lead animator Ryan Denniston to find out which hero is the most challenging. It’s Winston, apparently.

Related: Your Retribution drop ship will now leave without teammates who got themselves killed

“He told me Winston is the most difficult character to animate,” Kaplan said. “He walks on all fours and has to carry his gun (which is awkward) like a suitcase.”

Blizzard is careful to ensure that Overwatch’s guns are always aimed “correctly,” Kaplan said, so keeping Winston’s weapon orientation correct can present challenges for the animation crew. “Also, the transform is very challenging from a technical standpoint and puts a lot of constraints on the animators and character modelers,” he added.

The transformation Kaplan is talking about is the switch from Winston’s general gameplay style to his ultimate form, Primal Rage. His playstyle changes almost entirely when he enters his Primal Rage form, which means double the animation work for the Overwatch team.

Folks in the forum post speculated it could be Bastion for a similar reason—the transformation between Bastion’s mode can’t be easy, either. Others thought that D.Va could be the hardest to animate, as she, too, has two forms: her mech and the pilot forms.

But now we have the official answer—Winston is the biggest pain in the ass to animate.