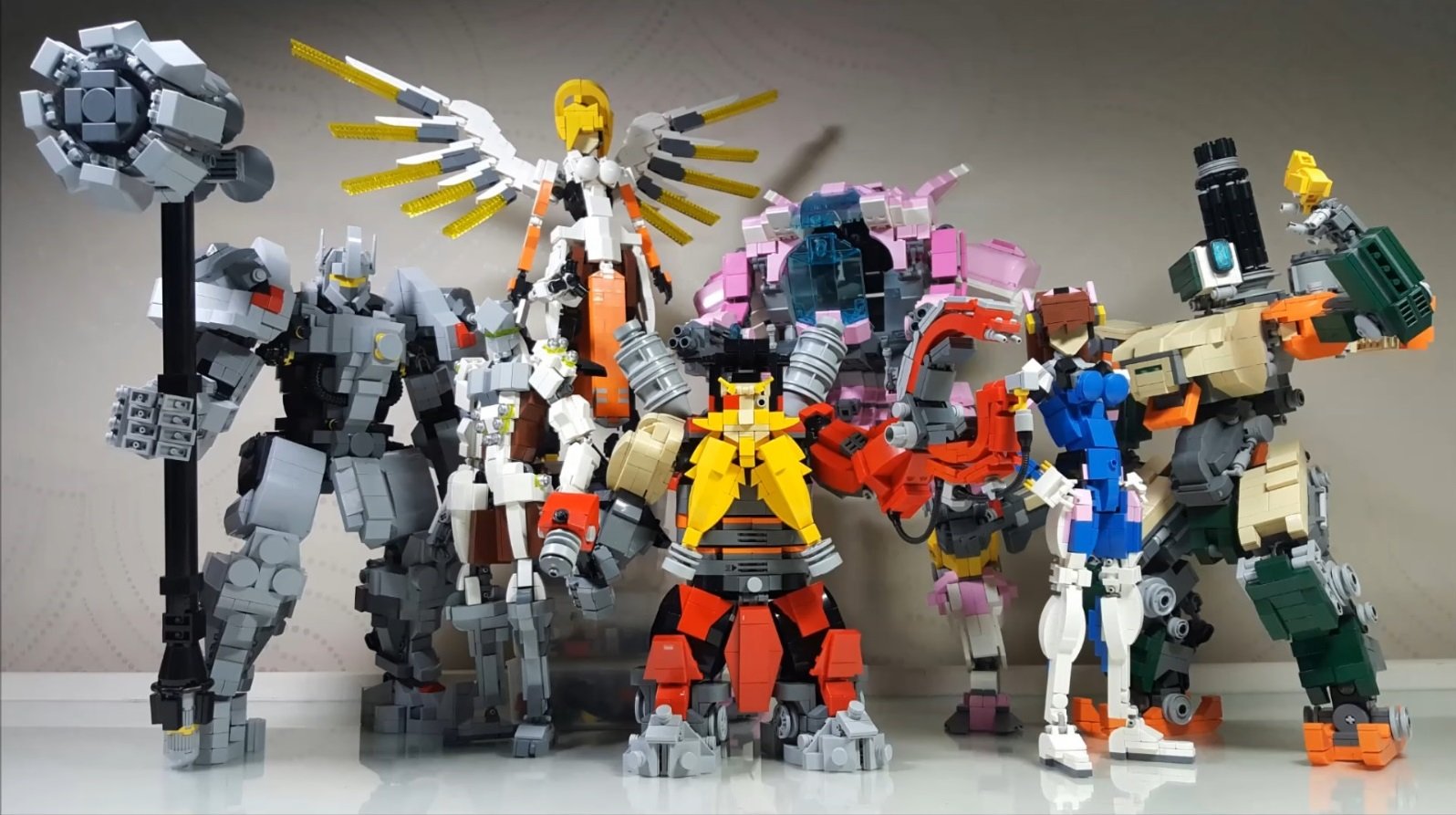 So far, he’s put together LEGO versions of Genji, Bastion, Reinhardt, D.Va and her mech, Mercy, Torbjörn, Reaper, Pharah, and Soldier: 76. His results are stunning: Attention and artistry is clearly Piggy Brother’s strong suit. Builds aren’t static, either. All nine Overwatch heroes he’s put together so far all have moving parts and working joints, allowing them to be played with and posed. D.Va and her mech are particular masterpieces. The full D.Va LEGO figure fits inside her bunny mech, just as she does in game.

Another highlight of Piggy Brother’s channel is Bastion, who, of course, comes with Ganymede sitting on his shoulder. Along with the finished build video, Piggy Brother has a three-hour long video showing exactly how he put the thing together. And if social eating is your thing, too: You’re in luck. He does that as well.

Though we can’t confirm if he’s going to continue making Overwatch characters, we’re guessing the answer is yes. Piggy Brother has been uploading Overwatch LEGO builds for five months now, and he hasn’t shown signs of stopping.