Players will stop falling when using Rocket Punch in mid-air. 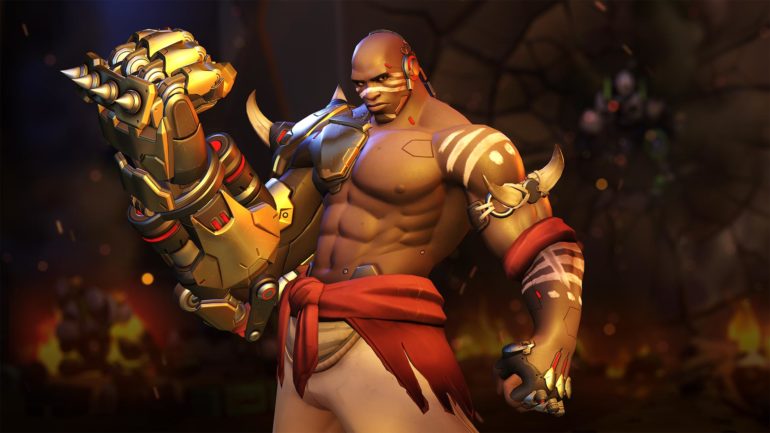 Overwatch players found a change to Doomfist’s Rocket Punch ability after the latest update to the game’s test server.

Rocket Punch is supposed to make Doomfist lunge forward and horizontally while punching anything in his path. He is supposed to travel horizontally even when in mid-air, ignoring gravity until the ability’s animation is over. But in the PTR this movement is being affected by gravity during the animation.

Blizzard didn’t mention this change in the PTR patch notes, which made players question if it was an intended change to the mechanic of the ability or just a bug. Fortunately for Doomfist mains, one of Blizzard’s developers has confirmed it’s a bug that will be fixed soon.

One of the biggest issues of this bug is how it could impact Doomfist’s mobility in high ground areas, since Rocket Punch launches him forward a great distance and gives him an edge over other heroes with fewer mobility options.

Some players in the Overwatch forums brought up that issue and explained the change in videos. Two videos shared by a player called Narf showcase how this bug impacts Doomfist. In the live servers, where Doomfist can still use Rocket Punch to move horizontally, he can cross the gap between two high ground areas in Watchpoint: Gibraltar with ease, while he barely makes it in the PTR due to the additional vertical speed.

Rocket Punch can also be used in one of Doomfist’s ability combos, where a player would first launch an opponent upwards with the Rising Uppercut and then hit them with the Rocket Punch, knocking them back a great distance. This bug could have little effect in the combo since the opponent is generally close to Doomfist when he executes it. But there could be some situations where it would be nearly impossible to reach opponents far away using Rocket Punch with this bug

Players should expect this bug to be fixed before the PTR changes go to the live servers, and players who just ignore the test server should never see this bug in their Overwatch matches.