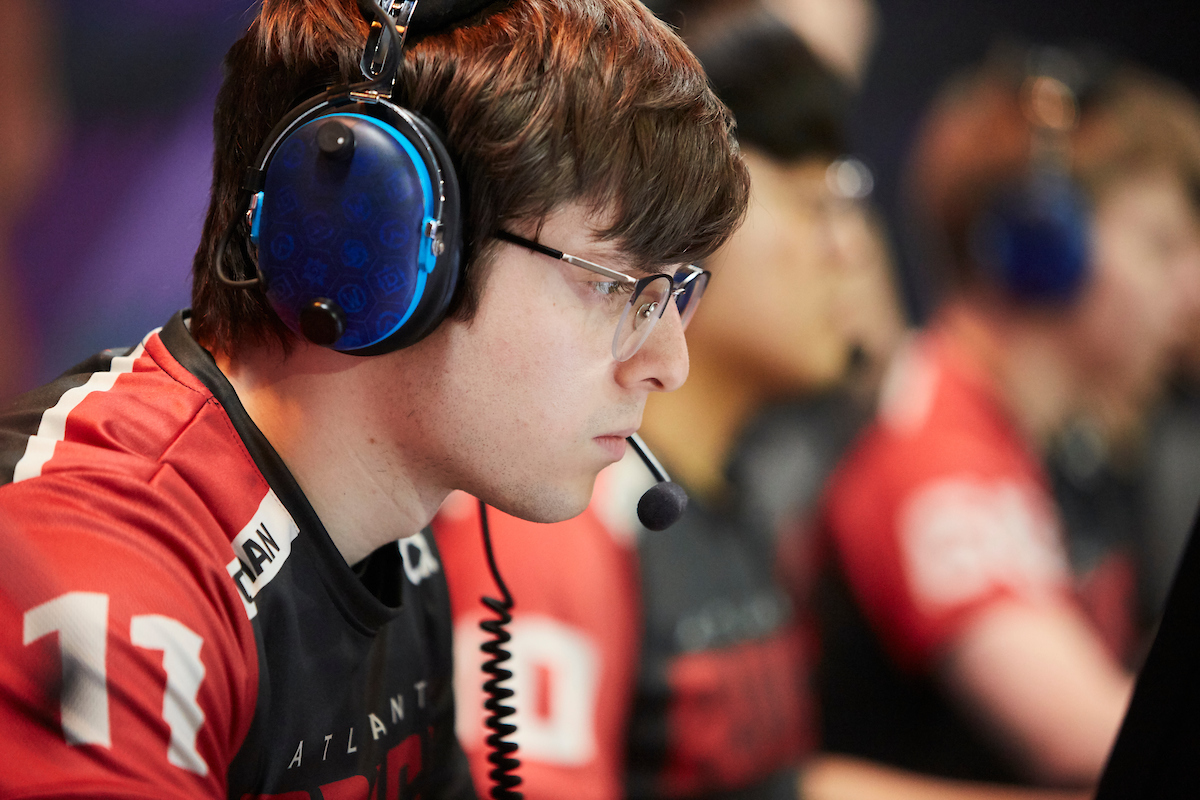 Leave it to the Overwatch League to prove that tweets have consequences. Dusttin “Dogman” Bowerman, flex support for the Atlanta Reign, was a guest on the Watchpoint post-show last night and owned up to a two-year-old series of clips and tweets where he promised to get a bowl cut. The Overwatch League talent crew decided to assist him live on stream.

In 2017, when Dogman was playing in Season Zero of Overwatch Contenders, he made a promise to his stream. “If I get into [the Overwatch League], I will rock a bowl cut,” Dogman said. “I will get a Korean bowl cut.” Dogman proceeded to play on storied North American Contenders team Last Night’s Leftovers in 2018 and was later picked up by Atlanta Reign’s Academy team, ATL Academy. When he was moved up to the Overwatch League, the talent team started wondering where their promised bowl cut was.

As a guest on the April 22 post-show, Dogman was given the usual treatment for players, answering questions about his victories and emotions within the league. Host Chris Puckett later brought up his tweets, in which Dogman acknowledged the promise and said he was growing his hair out.

The desk asked if today was the day for the bowl cut. Overwatch League analyst Brennon “Bren” Hook had been the most insistent that Dogman follow up with his promise, but he’d been out with the flu the entire week and wasn’t present. Dogman said without Bren there, there would be no bowl cut.

After trying to sway him with adorable pictures of the Overwatch League talent and production crew in bowl cuts, Puckett asked Dogman one more time if he’d do the cut live. At that point, Bren made a surprise appearance complete with a fake mustache and hair cutting materials, including a bowl.

Bren immediately got to work, placing the bowl onto Dogman’s head as the rest of the desk yelled that it was uneven. After trimming the back of his head in line with the bowl, Bren got out the razor and took off the entirety of the back of his hair. Dogman wasn’t pleased when he saw the results.

Bren had wanted to cut the front of Dogman’s fringe, but said he had “10 voices screaming in my ear” to cease the haircut. Dogman went on to do the late-night All Access Pass Q&A segment with the bowl still on his head. After all of his duties were completed, he went through with the entire haircut, this time by a backstage professional.

Let it be known that the internet, and the Overwatch League, never forgets a promise—especially if it’s hilarious.

This week, the Atlanta Reign have a bye week. They recently defeated the New York Excelsior, breaking the team’s winning streak. The Atlanta Reign’s next game is a rematch against the Excelsior on May 4.