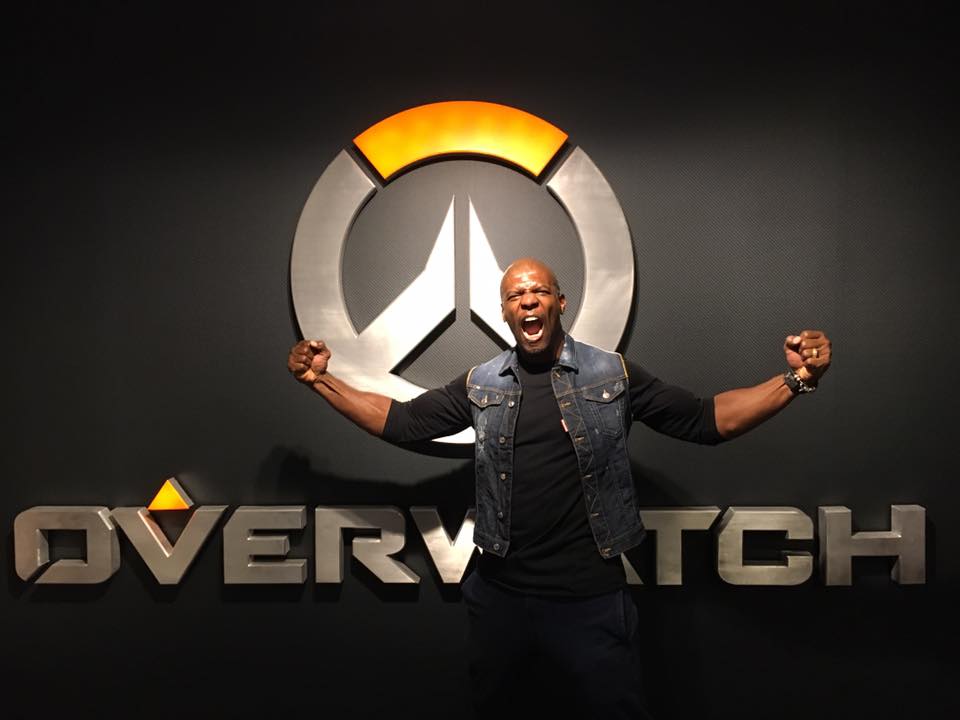 “Had a terryfic [sic] time at [the Overwatch] headquarters today,” Crews posted on Instagram. “Meeting and talking to Blizzard, the creators of such an amazing game, has me charged up. Let’s go!”

Blizzard employees got in on the excitement, too. World of Warcraft cinematic project director Terran Gregory tweeted a photo of Crews on the company’s campus.

Neither Crews nor Blizzard have confirmed what the visit was actually for—i.e., is Crews Doomfist?—but the actor has previously expressed interest in donning Doomfist’s beefy, golden arm. In late November, Crews posted to Reddit saying he’d “LOVE” to play Doomfist.

And we’d love it, too. In December, YouTube user Harute uploaded a video of what it’d be like if Crews voiced various Overwatch characters, using lines from the actor’s work in Old Spice commercials and Brooklyn Nine-Nine. As expected, it’s fantastic.

Blizzard is known for listening to its fans—it recently changed Mei’s ice block to a snowman in her Winter Wonderland skin after fans begged for it—so it’s not completely out of the realm of possibly that the company would take fan suggestions once more.

Earlier this month, Overwatch game director Jeff Kaplan mentioned Blizzard’s “cool meter” was off in regards to the holiday Mei skin, which fans thought was too expensive, but confirming Crews as Doomfist would certainly put the company back in fans’ good graces.