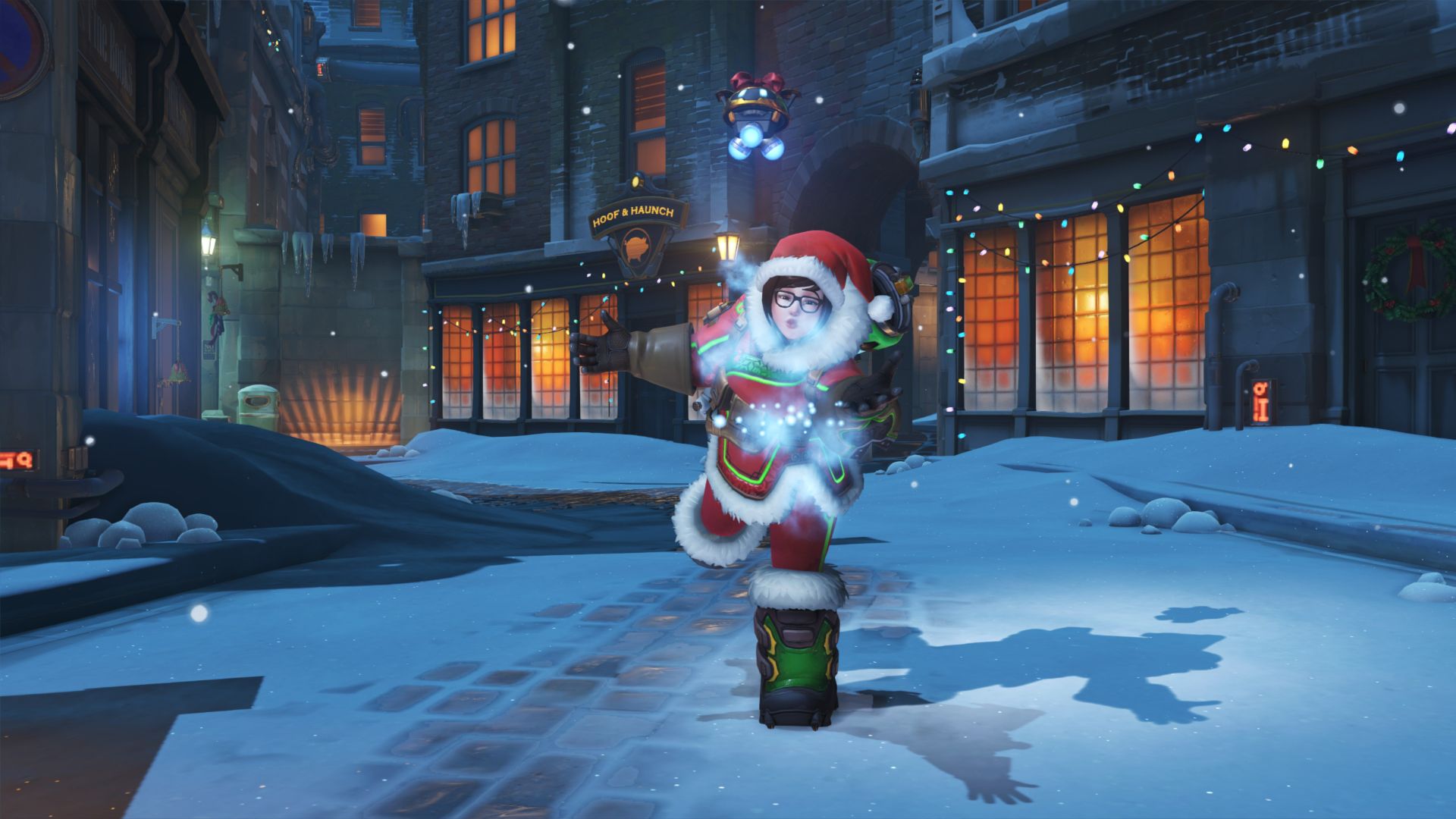 Overwatch hero Mei’s new Winter Wonderland skin is festive, but some of the game’s players aren’t happy with it. They expected more given that Mei is the winter-themed hero, after all.

On the surface, Mei’s legendary skin—called Mei-rry—isn’t too different from her everyday wear. The colors, of course, have been updated, and Mei now dons a Santa hat. As is, this sort of skin would typically be designated as epic or rare, costing much, much less than the 3,000 Overwatch credits it takes to buy it now. This skin, however, has a secret. While using Mei-rry in-game, Mei no longer freezes herself into a block of ice. Instead, she turns into a snowman—something fans have been clamoring for.

“Our reasoning for it being legendary was that we completely redid the visual effects for cryo-freeze (we turned the ice block into a snowman),” game director Jeff Kaplan said on the Blizzard forums. “We thought that was pretty special and we had done it specifically based on community suggestions from months ago when people were speculating that we might have a winter event.”

And to (snow) pile on top of that, Overwatch players are disappointed by the winter event’s new Mei-themed brawl, Snowball Offensive. The mode itself is not bad, but compared to the other seasonal brawls—fast-paced, sporty brawl Lúcio Ball and player versus environment–styled event Junkenstein’s Revenge—it’s certainly a let down. Mei’s Snowball Offensive is an elimination-style brawl, similar in nature to Overwatch’s one-on-one and three-on-three modes—so you only get one life. Mei’s snowball shooter can only hold one snowball at a time (after using it up, you have to search for a snowpile to collect another). On paper, it makes sense; in practice, it’s clunky. Picking up a snowball—which involves just standing in place for a few seconds in front of a snow pile—puts players at too big of a risk.

The six-on-six style of Mei’s Snowball Offensive paired with elimination-style gameplay forces excessive downtime on players knocked out early in the round. There’s not enough actual playtime, and too much time watching other people play. And that works for three-on-three, where downtime is minimal—plus, there’s just more diversity in playstyle and character choice, whereas in the snowball event everyone’s just Mei. You know when to expect an ice wall or cryofreeze.

But not all is lost for Overwatch’s biggest Mei fans—Kaplan confirmed that the hero will receive a “pretty awesome” legendary skin early next year. Our guess is that the Chinese scientist will receive a skin in celebration of the Lunar New Year. Here’s to hoping Blizzard has their red envelopes ready.