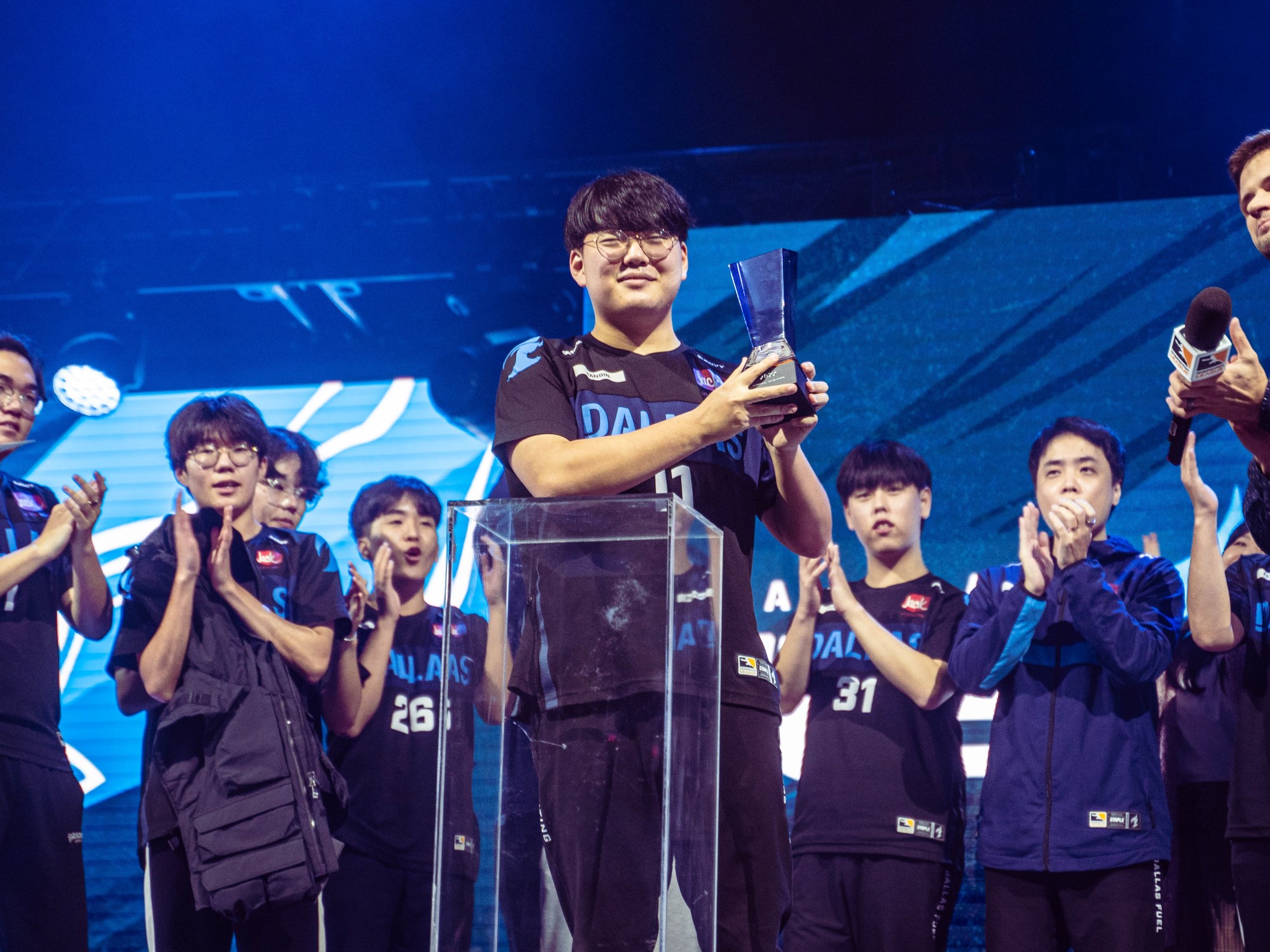 As the Overwatch League transitioned into the era of Overwatch 2, some tank players soared in their new solo careers, cementing themselves as experts in the role across multiple versions of the game.

Much of the Dallas Fuel’s success in the latter half of this season can be attributed to one of those tanks. Choi “Hanbin” Hanbeen, who’s been with the team for the past two years and just scored his second Role Star award for his efforts, is known for his indomitable Zarya play and leadership capabilities.

The Fuel secured the first West Region seed heading into the season five playoffs. With one dominant win against the Hangzhou Spark on Oct. 31, they can see the pathway to the Grand Finals winding ahead in the upper bracket.

Hanbin took time before scrims to speak with Dot Esports (alongside the team’s assistant general manager, Helen Jang, who provided translations) about the adaptations he’s had to make throughout the season as well as his confidence in the closely-knit Fuel to win it all.

This will be your first live Overwatch League Grand Finals event! How does it feel so far?

Hanbin: After we won a title recently, I feel like we were full of confidence. We already got our first win. I think it’s going very smoothly and I’m really happy that we’re performing so well. I hope to keep this going so we can get to the finals.

What has your “journey” as a tank player felt like this season?

Now that there’s only one tank, it’s sort of like having to do two people’s tasks as a single person. In Overwatch one, a flex tank is someone who is more defensive and protects your team. Now, the difference is that you have to be more aggressive and maybe defensive at the same time, if necessary.

Having to adjust to that was a little overwhelming and difficult at times. But, having to learn these new things and studying how to be a good solo tank was a very different experience. It was a new experience that allowed me to learn a lot.

Has it been difficult adapting to this new playoffs meta?

The balance adjustments didn’t really matter in the end, but I think the biggest difference is that Kiriko has been added and that’s the biggest variable we’ve all had to adjust to. I think our team did a perfect job adjusting to Kiriko and the new patch and the new meta. Implementing that, we’ve been doing a pretty good job overall.

[Laughs] I just do the same exact thing I’m supposed to do.

Dallas has been doing great all year. What do you attribute that success to?

If I may throw away my humble side, I want to say that I did a really good job adjusting to Overwatch 2. Being able to adapt to the game itself allowed me to lead my teammates and make sure I could help them also get adjusted to the game. That must be why!

What are you most proud of this season?

I’m proud of pretty much everything because of how consistent we played. I’m not able to find anything negative to say about this season.

Finally, how confident are you in Dallas’ ability to win the Grand Finals?

One hundred percent because I have faith in my team.