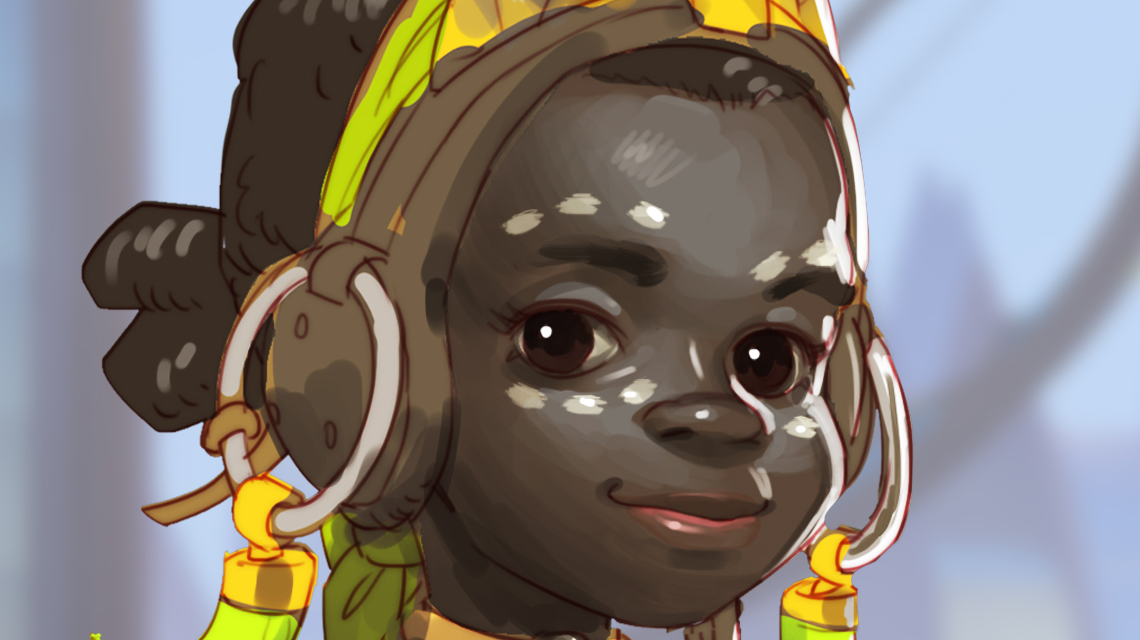 It’s time to get excited, as Blizzard seems to be teasing the next hero to be added to Overwatch. In a blog posted this afternoon, “Atlas News” revealed an interview with a child named Efi Oladele, described as a “brilliant new mind” with achievements in robotics and artificial intelligence.

The faux interview is not the first time that the team has utilized Atlas News as an in-world journalism source that reports on the lore within the Overwatch world. Atlas is also known for its reporting on a hacking scandal, which eventually led to the reveal of the game’s second post-launch hero, Sombra.

You can check out the full “interview” below:

Already one of the world’s foremost centers of scientific discovery and exploration, Numbani has a brilliant new mind to add to its ranks: Efi Oladele. In the last year, she’s built a resume of impressive achievements in robotics and artificial intelligence, but perhaps most remarkably is that she’s done all of this by the age of eleven. Last month, she became the most recent recipient of the Adawe Foundation’s prestigious “genius grant,” in recognition of her many accomplishments. She is undoubtedly someone whose career will be watched with great interest.

For this week’s “Spotlight on Numbani,” we had the opportunity to catch up with Efi to learn more about her and her plans for the future.

I’d like to start off by congratulating you, Efi. This is a tremendous, well-deserved honor. How do you feel?

Amazing! I wasn’t expecting it at all, so it was a big surprise. At first, I thought it was a joke—like one of my friends playing a trick on me. It’s been a week now and it still doesn’t seem real, but I’m very happy about it. Much better than winning the science fair.

How did you get into robots and artificial intelligence?

Well, I’ve always been interested. After my mom and dad got me my first robotics kit, I became obsessed with putting together little drones. When I started to get good at it, I tried to build robots to do my chores and help around the house. My parents think it’s cheating… It’s no fair! (laughs)

I want to create things that make our lives better. And someday, my dream is to build something that can keep us safe, like the new OR15s! I think that would be great.

It’s amazing what you’ve been able to accomplish at your age! How do you do it?

I’m not sure how to answer that. I just do it! I guess I’m very lucky that my parents put up with it. Robots can be messy, you know. And expensive.

Speaking of which, do you have any plans for what you’re going to do with your grant? New computer? College tuition?

It’s a secret for now… but my parents are taking me on a trip to celebrate! It’ll be my first time flying, so I can’t wait.

From this, we can gather that if she is indeed a new hero to be added to the game’s roster, her kit will revolve around her expertise of AI and robotics. Perhaps she will use drones on the battlefield or the aforementioned OR15’s. Or, it’s possible that Efi won’t even be playable at all, and whatever her AI creation is will become the new Hero, as a new Omnic/robot character has been hinted at in the past.

As the article ends with an ominous tease that the child has an idea and will be going on a trip, it seems as though we should be getting more information about this character in the coming days and weeks. Season 4 of Overwatch’s Competitive playlist begins on Feb. 28.

Are you excited for another Hero in Overwatch? Let us know on Twitter @GAMURScom.