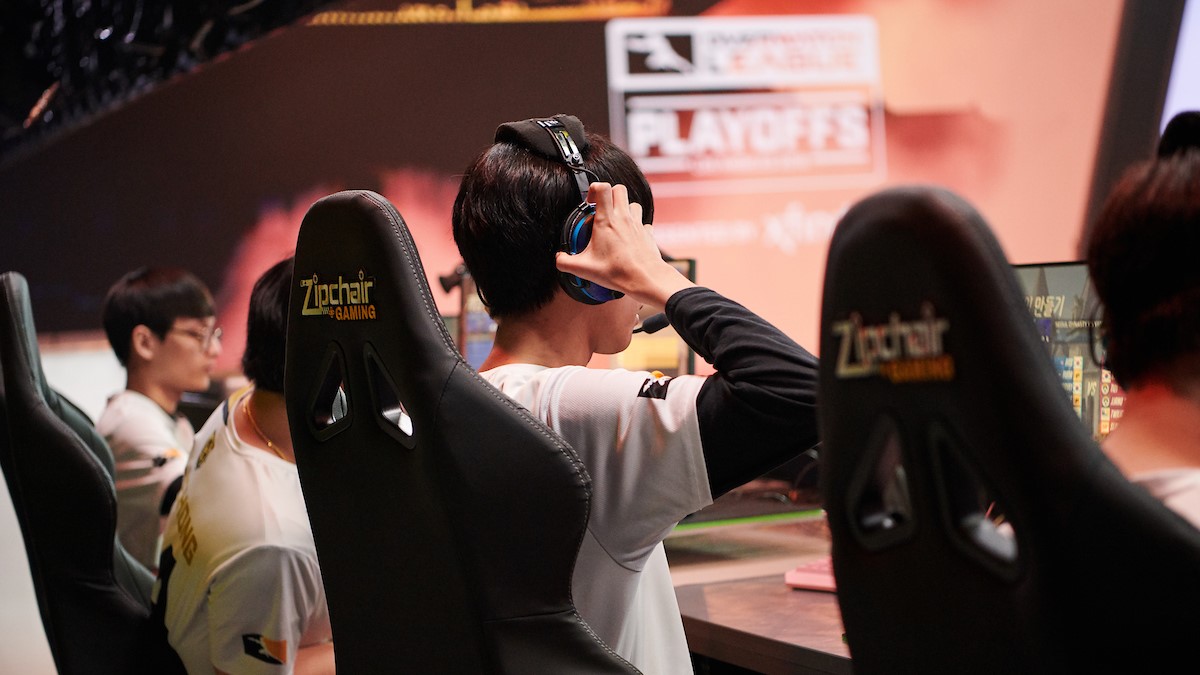 July 20 was the first time anything was truly at stake in the competition, which boasts a million-dollar prize pool and the opportunity to earn up to four League Points that will determine postseason seeding.

Teams that won on July 18 and 19 soared to the upper bracket and enjoyed a day of rest, relaxation, and (probably) infinite VOD reviews. Meanwhile, eight teams in the lower bracket began the fight for their tournament lives.

Three five-map showdowns and nearly nine hours of gameplay later, four teams were sent packing from the Midseason Madness tournament, including a team that stood tall in the Kickoff Clash last month.

Wednesday’s matches began with a banger of an upset from the Florida Mayhem, who managed to reverse sweep the London Spitfire. In the first two maps of the series, London locked in their signature rush composition and steamrolled a chaotic and displaced Mayhem. Something shifted in the third map, though, when Florida began relying on DPS Xzi’s star power and clutch headshots. Running an aggressive dive composition, the Mayhem managed to demolish the Spitfire, considered one of the underdog teams in the Midseason Madness tournament.

Multiple teams in the Overwatch League apparently decided that July 20 was the perfect time to bring five-map throwdowns into the mix, so the Outlaws and Defiant followed suit. Though Toronto had been a middle-range team throughout most of the season, they objectively leveled up during the Midseason Madness tournament, gaining cohesion and perfecting tank MuZe’s disruptive Wrecking Ball.

The Defiant took advantage of Houston’s tendency to scatter, especially on maps like Eichenwalde and Dorado. Once again, DPS Mer1t bailed the Outlaws out of multiple tough scenarios with his stellar Sojourn play, taking out Toronto’s backline with Overclock when the fight mattered most. On the final map Lijiang Tower, Mer1t went into full carry mode, and Houston took a commanding win.

In one of the most-hyped matchups between East and West teams, two of the upper seeds in their respective regions appeared relatively even during this clash. Philadelphia took the first map by a narrow margin and Dallas had a flash of brilliance on King’s Row, where DPS SP9RK1E carried his team to victory in overtime.

The Fuel looked to repeat that performance on Route 66, completing a full hold against the Fusion, nearly guaranteeing a match point. Unfortunately for Dallas, Philadelphia simply said “no.” The team’s rookie DPS duo, MN3 and Zest, tore through the Fuel on every attack attempt and completed the extremely rare “fuller” hold on the map.

By the time the teams clashed on New Queen Street, Philadelphia had shifted into another gear and pushed the bot nearly all the way to the end of the map in record time. Though the Fuel fought back and forced overtime, it wasn’t enough, and the Fusion sent them packing back to the Lone Star State.

While Fuel and Fusion may not have gotten the memo to hand fans a five-map banger, the Reign and Dynasty certainly understood the assignment.

Atlanta took a quick but contentious first map win thanks to the Dynasty stepping off the point, but Seoul made up for it on King’s Row. Stalk3r, Seoul’s dynamite rookie, brought out his signature Sojourn to demolish most of Atlanta time and time again. Not to be outdone, Reign hitscan Kai went absolutely wild on Circuit Royal, taking it to 2-1.

Veteran prowess was the difference maker on Push, where two-time champion tank Smurf stayed cool and collected as he took down the Reign. Both teams took it down to the wire on Lijiang Tower, bringing the series to a third Control round in which only a few fights separated victory from defeat. With a few crucial kills, the Atlanta Reign sent home the East Region’s Kickoff Clash champions.

The absolute chaos of the lower bracket will, thankfully, lead to more chaos on July 21. Two of the day’s biggest winners kick off the day: the Florida Mayhem will test their mettle against the Philadelphia Fusion at 6pm CT. Next, the Houston Outlaws will try to survive the Atlanta Reign at 7:30pm. By the midpoint of the day, two more teams will be sent home from the lower bracket.

We head back to the upper bracket at approximately 9pm CT, where the San Francisco Shock will take on the Shanghai Dragons. Kickoff Clash champions the Los Angeles Gladiators will close out the day with a match against the Hangzhou Spark.