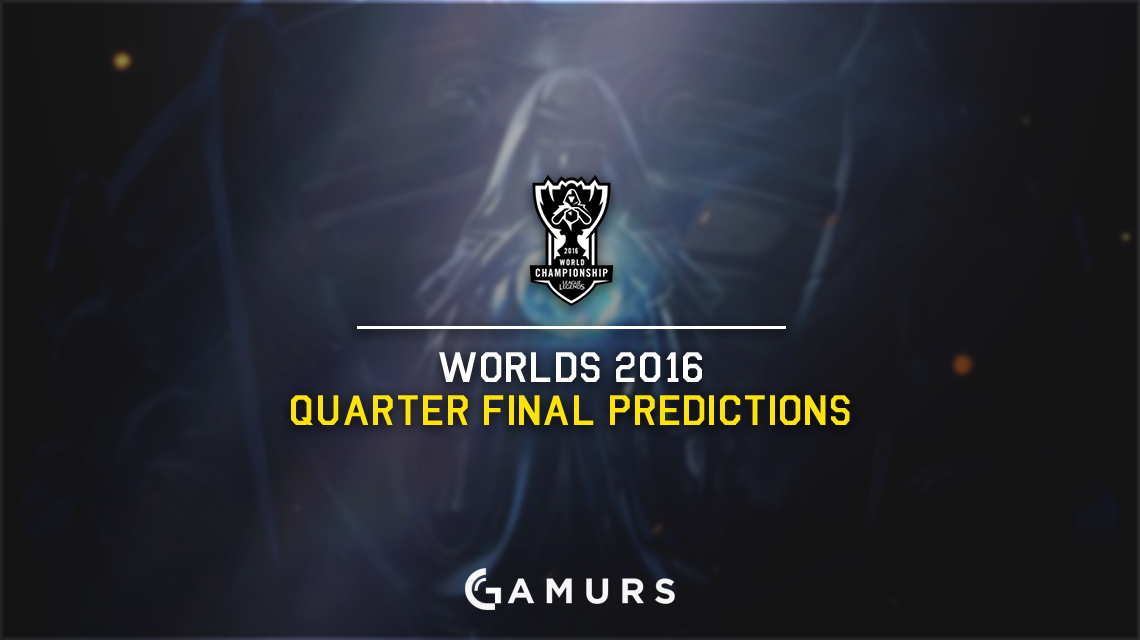 None of you are going to believe me with these predictions. I can already feel the absolute hate brimming from my choices, but based on the results in the group stage and all the problems facing each team in each lane, these are my genuine thoughts on who will progress to the next round at Worlds 2016.

*All these thoughts are my own and in no way impact how GAMURS.com feels.*

Cloud9 will win. I really do feel that even coming off the shaky start in groups, they will have a “nothing-to-lose” attitude about them, whereas SSG has come out publically and said they feel stressed due to the LCK pride, with KT Rolster breathing down their necks.

If you take that pressure, SSG will be more likely to make the mistakes and I feel a five-game thriller will be going on this week between the two organisations. Providing C9 can find their regional feet, knowing they are the last hope of NA, I truly feel like this is the most likely outcome.

SK Telecom T1 vs. Royal Never Give Up

Is there really any other option? Aside from their game against the Flash Wolves, SKT has been pretty dominant in the group stages in comparison to RNG.

Then again, if RNG can find their regional form and MSI form, they can pull off the upset. I would honestly like to see that over the same old SKT win, but I don’t see it happening. SKT is my favourite to win the tournament, and rightfully so, but with the “League of Upsets” trend at this Worlds, maybe we can see another one.

Yes, you read that correctly, EDward Gaming is my team to win. Both teams have shown bad displays in the group stage this event, but what I feel EDG will capitalise on is what Group A teams failed to do; snowballing an early lead and beating ROX before they have a chance to reach the late game.

I honestly believe that EDG can pull off this upset. ROX has been playing noticeably poor at the current time and I expect a five-game thriller, similar to SSG vs. C9, but that does not take away the outcome.

I have no clue, but probably ANX

I do not want either of these teams to be knocked out because I love them both. May it be ANX Likkrit or H2K FORG1VEN, this team is full of characters, personalities and champions, and I will be sorry to see whoever loses.

But why ANX? Upset city. Providing Likkrit is well in the game, after successive players getting ill in some capacity, I feel ANX can bring forward another surprise champion lineup we didn’t see them pull out in groups.

Regardless of the result, this match will be the match of the quarters and I am very much looking forward to seeing who will come out on top.

Who do you think will leave the quarterfinals? Do you agree with my predictions? Let us hear your thoughts in the comments below or tweet us @GAMURScom.