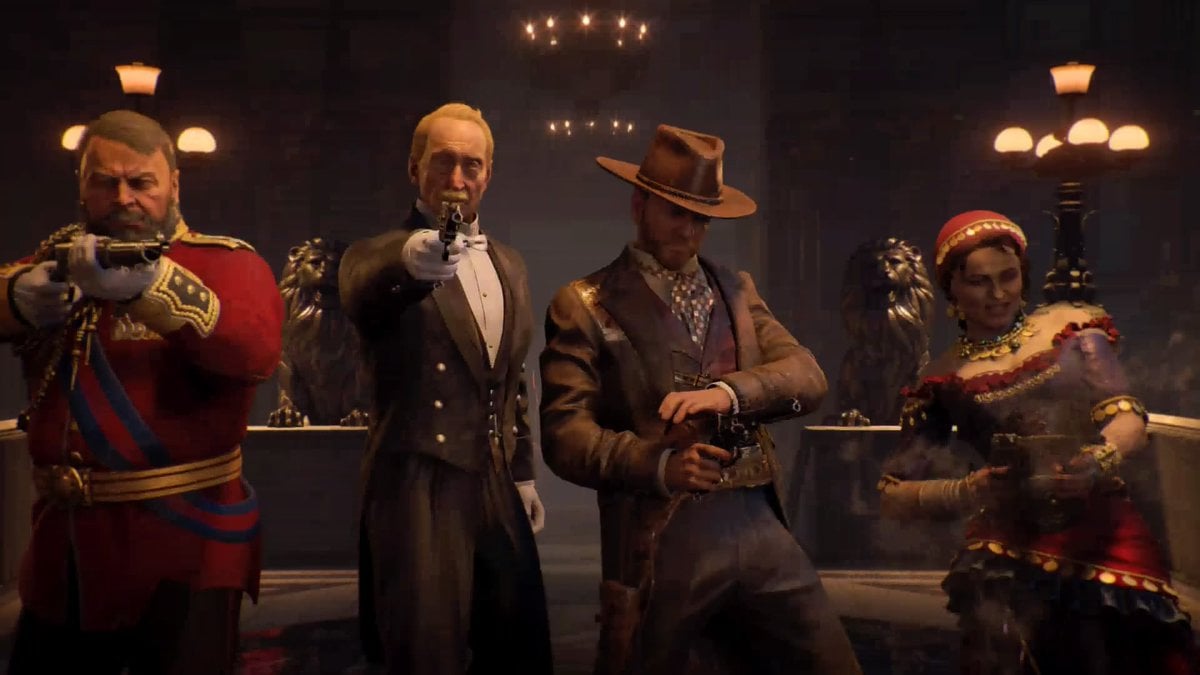 A new Zombies map has become available in Call of Duty: Black Ops 4—and it could be considered one of the most difficult maps in the game.

Dead of the Night was released earlier this month as one of the downloadable Zombies maps in the Black Ops Pass. It features a new cast of characters playing in a large mansion, fighting off hordes of the living dead—including vampires and a giant werewolf boss.

There are several items that you’ll need to unlock in order to make it to the late rounds on this map. Here’s everything that’s necessary to help you survive in Dead of the Night.

To unlock the Pack-a-Punch in Dead of the Night, you’ll need to locate three crystals spread across the map, fill them with multiple zombie souls, and then complete a corresponding challenge (don’t forget to activate the Sentinel Artifact, too).

There are multiple spawn points for all of these crystals. The blue crystal can be found in the Wine Cellar, the green crystal will be in the Study or Library, and the purple crystal is in the Master Bedroom, Trophy Room, or Bedroom Hallway. Each crystal will be hidden in a vase—you’ll need to knife the vase to reveal the crystal and start killing zombies near them in order to collect zombie souls.

After you’ve collected enough zombie souls, you’ll be able to “gaze into the stone” to learn what you have to do for that specific challenge. The blue crystal will reveal a perk machine. You’ll need to find that perk machine and kill several Nosferatus. The green crystal will show a clock—go to that clock (there are three spread across the map) and activate it, which will require you to stand in a burning circle for several seconds to “set the clock.” The purple crystal will show you a random object, such as a painting, a doll, a red box, or a noose. Find your corresponding object and interact with it to cause a ghost to appear—and then you have to escort that ghost to another spot on the map.

Once you’ve completed each challenge, a Tuning Fork will appear. Collect all three Tuning Forks in order to open the Forest area of the map, where the Pack-a-Punch is located. Be careful, though—the werewolf boss zombie will spawn in as soon as you open the Forest.

This process is extremely long and tedious, and it’ll definitely take some time to get used to, even if you’re a veteran Zombies player. Try your best to keep track of where the perk machines, clocks, or random objects can be—and if you can’t remember, check back in to the video above.

Dead of the Night features the same shield as the one seen in Voyage of Despair: The Ballistic Shield. This shield is pretty cool because it comes with a pistol that you can shoot, which is useful in case you get trapped in a corner or stuck in any tricky situations.

And the best part is that this shield is relatively easy to make, too. There are three parts, and they each have three possible spawn locations.

The first shield part can be found in the top portion of the map. It’ll either be against a pillar to the right of the Sentinel Artifact, on the East Balcony to the left of the Saug 9mm wall-buy spot, and at the end of the West Balcony closest to the Tea Room.

The second shield part will either be located in the Library or Study. It can be found on a couch in the Library, on a broken bookshelf to the left of the couch, or on a small table near the stairway connecting the Library to the Study.

The third and final shield part will be on the other side of the map in or near the Dining Room. It can spawn on a chair in the back-left corner of the East Hallway, on a counter in the Dining Room, or in the actual Dining Room next to a small pillar.

Once you have all three of these parts, head to the top of the map. You can build the Ballistic Shield on the workbench in the Smoking Room. We definitely recommend crafting this shield as soon as you can when playing Dead of the Night.

There are multiple other items that can be helpful in terms of surviving on Dead of the Night, including three new wonder weapons: Alistair’s Folly, the Savage Impaler, and the Stake Knife. They aren’t absolutely necessary for survival, but they’ll definitely come in handy—so we’ll update this guide with more information on them.

Dead of the Night is a challenging, yet fun, Zombies map. You might struggle in your first few attempts, but once you (kinda) get the hang of it, you should be back to your zombie-slaying ways in no time.