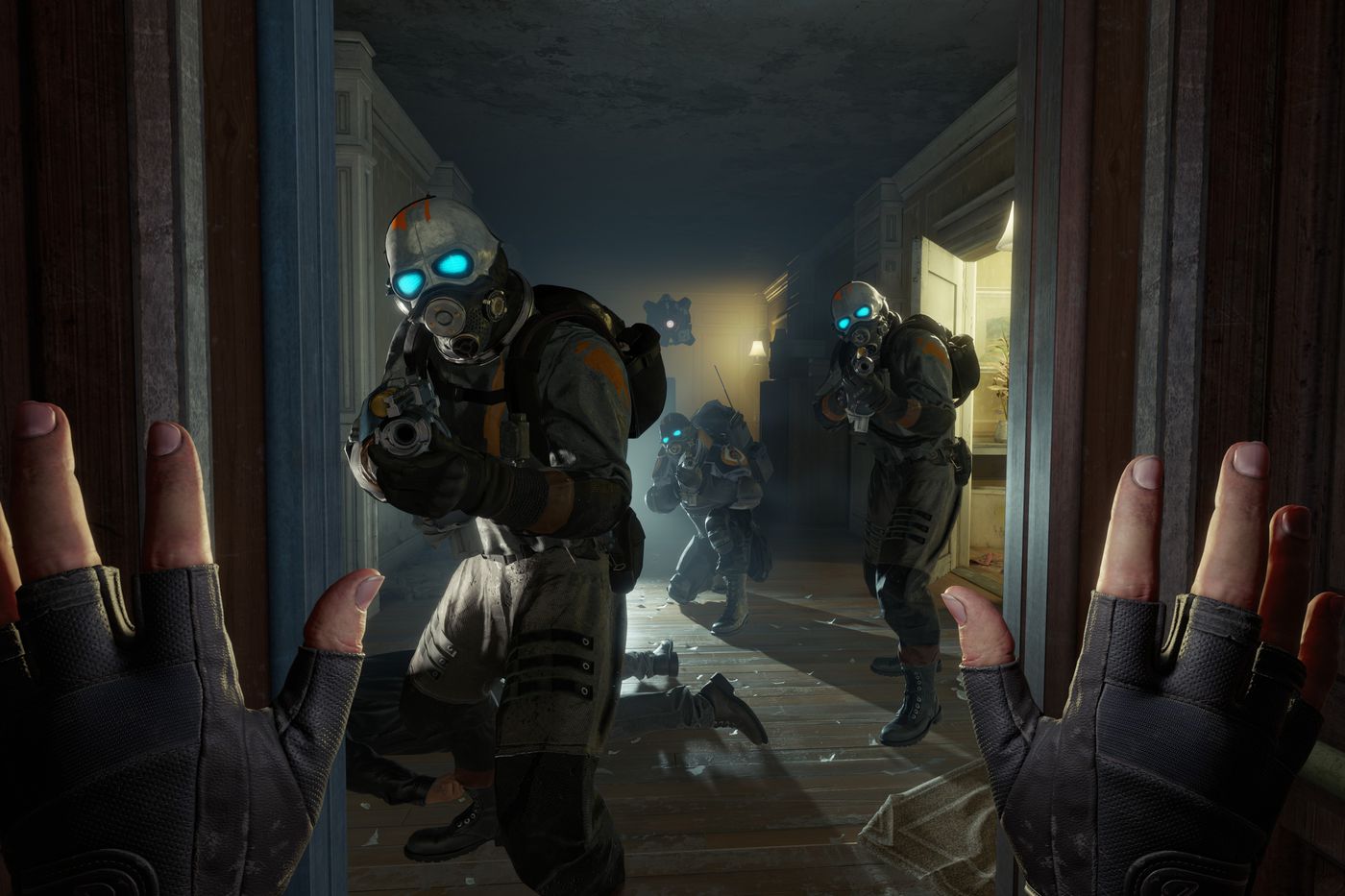 An extensive data mine on the recently released Aperture Desk Job performed by Valve-focused journalist Tyler McVicker has revealed extensive information about an ambitious new Half-Life project from Valve, as well as information about a handful of other unannounced titles.

The source code for Aperture Desk Job, released on March 1, gives an extensive look at “Citadel,” an impressive but unconfirmed Half-Life project supposedly in the works at Valve. McVicker describes it as “Combine vs rebels, team-based, squad-based, class-based RTS/FPS hybrid…with a single-player campaign and two major systems at play.”

One of these major systems appears to be the use of abilities, which are “held items” that include weapons, weapon upgrades, alternative fire, ammo, grenades, buffs, and other abilities. The other system appears to be the use of “bots” whom the player-controller commander can deploy from a top-down perspective, as they would in an RTS title. These bots contain different classes and can be placed into squads.

The bots in these squads can be equipped with abilities, and McVicker describes several of the abilities he discovered in the source code comments in his video below.

Aside from the massive amount of information about the Citadel project, McVicker also discovered projects for a Half-Life: Alyx “follow up,” a port of CS:GO to the Source 2 engine, and a “recreation of the previously canceled Portal paint game.”

CS:GO moving to the Source 2 engine has been a talking point for the game’s massive community for the past couple of years, with many seeing it as a chance to re-spark more interest in the title amidst the release of newer competitive shooters. Half-Life: Alyx is regarded as one of the most critically successful VR games to date, largely responsible for the incredible sales of the Valve Index VR headset.

All the information put forth by McVicker has to be considered speculative for now, until Valve officially confirms any of these projects.