“Draven does it all… with style.” 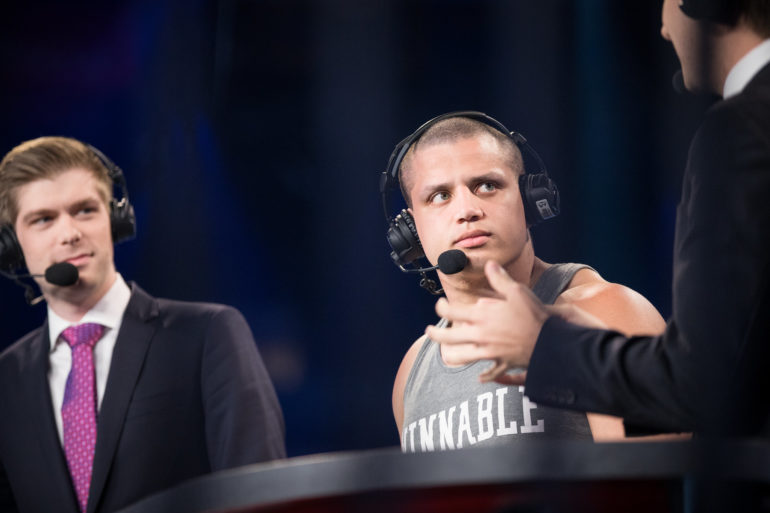 With Twitch Rivals’ first 2020 League of Legends tournament around the corner, participants are getting as much practice as they can—but Tyler “Tyler1” Steinkamp might not need any.

With the help of former pro Christian “IWillDominate” Rivera, Tyler1 was able to defend the Nexus and snag a much-needed quadra kill during his Twitch broadcast yesterday. The Draven-main and his squad were scrimming against Hammoudi “Yassuo” Abdalrhman’s team in preparation for the upcoming tournament, which takes place from Jan. 21 to 23.

As four enemies with Baron buff stormed the gates, things look grim for Tyler1 and crew. The game appeared to be over, sparking a cheeky “thx for win” in All Chat from Yassuo. Even though a precarious two-versus-four situation isn’t the ideal way to defend a base, T1 and Dom made it work.

Having no choice, Dom jumped into the enemy team with J4 and knocked up Yassuo’s Syndra. With the mage incapacitated, Tyler1 was able to pick her off with two auto attacks and launch a comeback.

Miss Fortune was next and didn’t fare any better, dropping after three auto attacks. After taking out the support, Tyler1’s health dropped as low as 44. But the lifesteal from Mercurial Scimitar kept him up long enough to land the quadra kill and save the Nexus.

Tyler1’s team went on to win the game, allowing the Draven-main to come up with his own All Chat banter: “bAN FUCKIGN DRAVNE DUBM FUCKS.”