The 2015 League of Legends World Championship has just ended, and the offseason roster shuffle is in full swing. As with each new year, storied veterans retire, leaving huge shoes to fill. North America eagerly awaits the announcements introducing the replacements of Dyrus and LemonNation. This article covers the five North American residential players I would most like to see in the NA League Championship Series next split. I consider talent, potential, stardom, and entertainment value in my evaluations. Without further ado, here is the top 5 players I would like to see:

This trending support player introduced himself to the NA LCS in the 2015 Spring Split for Team Impulse, after being offered a varsity scholarship from Robert Morris University to play League of Legends, the first of its kind in the United States. While XiaoWeiXiao, Impact, and Rush made aggressive moves around the map, Adrian quietly provided the vision control that allowed them to do so. Simultaneously, he kept enemies off his marksman to ensure that previously embattled Apollo had his best performances to date. All the while, Adrian showed off nine different champions in the two splits.

Although he briefly sat out during his time on Team Impulse amidst rumors of internal conflict over the priority of vision control, Adrian has become one of the hottest commodities in the free agency market. As development of the potential of new players is a recurring theme in this article, I would like to see Adrian continue playing and establish himself as one of the premiere supports that NA has to offer. Possible match(es): TSM, C9

The notorious P.O.B. needs no introduction, but he does need a team. Long touted as the North American solo queue prodigy, the popular streamer suffered through seasons of mediocrity on Evil Geniuses and then Winterfox. In the 2015 Summer Split, Pobelter finally landed on the perfect team for lovers of all things potential: Counter Logic Gaming. However, he sleep walked through the regular season with a 4.51 KDA that was remarkably similar to the 4.66 KDA maintained in the 2014 Summer Split by his predecessor Link.

Just when others, including myself, were ready to write Pobelter off as another case of an overrated solo queue star, the CLG mid-laner turned in a masterful playoffs performance. In doing so, he helped CLG win the NA LCS for the first time, while doing something no other NA mid laner could do: get the better of Bjergsen in a series. Though some question TSM for repeatedly letting Viktor through the ban phase, Pobelter finished with a stat line of 21 kills and 27 assists to 7 deaths on the champion in the three game sweep.

After a disappointing Worlds performance, CLG benched Pobelter in favor of substitute Huhi, citing a difference in their ability to be coached. At 20 years old, Pobelter is no longer the young unknown talent he once was and must now contemplate his future career choices, as mentioned in his personal DRIVE video.

However, I would like to see him continue playing in the LCS. I think his playoff performance shows that he was still settling into his role on the CLG team, and he still has untapped potential. Even if that does not end up being the case, his current would-be ceiling appears higher than most other mid-laners the NA challenger scene currently has to offer. Regardless, he brings a huge fan base, and would provide instant excitement to whichever team he might join. Possible match(es): Team Impulse

This marksman newcomer made his NA LCS debut in the 2015 Spring Split for Team Liquid, initially holding the fort in the bottom lane alongside longtime veteran Xpecial until the former Korean star carry Piglet resolved his visa issues. Keith performed admirably in the first week, accumulating a stat-line of 15 kills and 23 assists to 2 deaths for a 19 KDA, leaving TL as the only 2-0 team.

He was ultimately replaced by Piglet, but returned in Week 5 to allow TL more time to integrate their star marksman as Piglet struggled to adapt to his new settings. He compiled a 5-1 win-loss record in his debut split, while encouraging his teammates from the bench. In the 2015 Summer Split, he was picked up by Team Solo Mid as a substitute to motivate their regressed ADC WildTurtle. This movement spawned a series of memes emphasizing Keith’s primary role from the bench strictly to motivate the starting ADC player.

The NA scene has lately been scrutinized for importing talent instead of developing its own players, and Keith performed solidly in the few games he played, showing great potential. Although Keith departed TSM for college, I would like to see him in the 2016 Spring Split. By nature, the spring can be utilized as a time for development and chemistry, a more ideal environment for newcomers than the competitive summer split which focuses on qualifying for Worlds. Possible match(es): CLG, Gravity 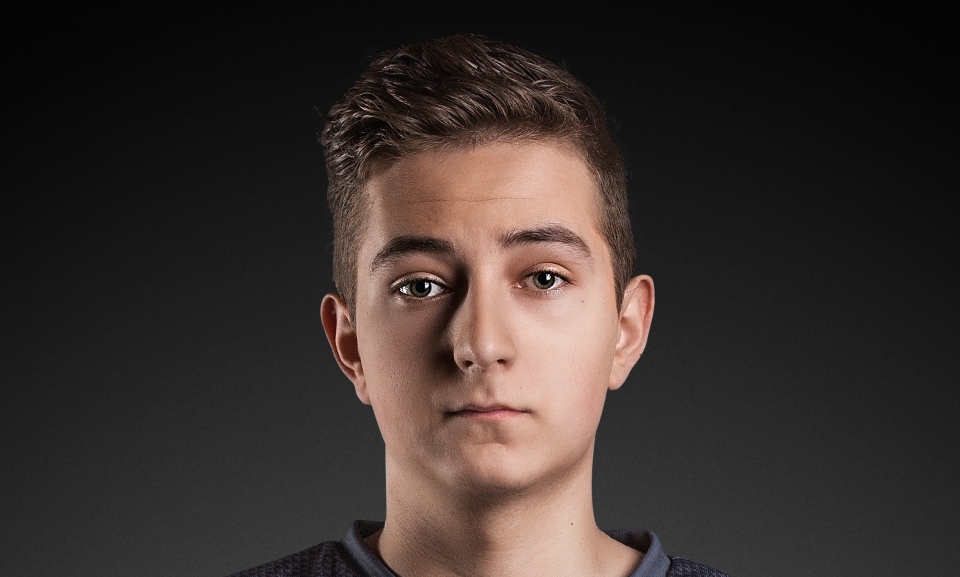 The European version of newcomer ADC talent has been in the NA Challenger scene for the latest split. Most recently with the Challenger team Imagine, Steelback was handpicked by Yellowstar to replace Rekkles in the great Fnatic rebuilding project. The result was a 13-5 season which catapulted Fnatic into the 2015 Mid-Season Invitational as the EU Spring Split playoff champions. However, even before the first day of MSI, it was announced that Steelback would represent the team during the tournament, but afterwards, he would be replaced by Rekkles on the orange-and-black roster. It looked like a flummoxing, but as the tournament unfolded and opposing teams were occasionally able to catch Steelback away from his teammates, the move made by Fnatic’s management appeared justified.

Nevertheless, the fact stands that with only one season of professional play under his belt, Steelback is already a regional champion. He showed a willingness to practice any meta champions, playing Corki, Graves, Sivir, Kalista, Lucian, Ezreal and Urgot in professional games. Being replaced from Fnatic should serve as ample driving force to better himself, and I would like to see Steelback get the opportunity. Possible match(es): Renegades, Dignitas

The former Cloud 9 star jungler has a reputation that precedes him. Frequently spotted streaming on Twitch, Meteos currently resides on the Challenger team, C9 Tempest, but is still considered one of the best junglers NA has to offer. Whether the jungle meta is feral flare bruisers or cinderhulk tanks, Meteos makes #LCSBIGPLAYS.

Meteos has a massive fan base, and his presence alone would immediately lend credibility and storylines to his team. As long as he has the motivation to practice meta junglers, he fulfills a position which has long been lacking in the homegrown NA scene. Unfortunately, his stylistic approach to the game differs from C9 shotcaller Hai, so we likely won’t see him on the LCS stage in the C9 white and blue in the next split. Possible match(es): TSM

Armed with his famous death-notebook, the longtime C9 support stalwart dabbled in champions which were off-meta in the support role at that time, such as Veigar and Karma in the LCS, and Olaf in solo queue. He popularized Morgana to handle the times when Annie, Leona, and Thresh dominated the bottom lane. He also contributed in the introduction of support Nautilus, initially to deal with Kalista, but later as a crowd-control monster.

Let’s be realistic; LemonNation probably isn’t coming back as a player. The taxing dedication required to pull off C9’s latest Cinderella season saw to that. However, I would like to see the man known for being the brains behind C9’s pick and ban phase involved with the scene in some capacity, either coach or analyst. And hopefully, his knack for finding and popularizing niche supports will be fully displayed in whichever team he is involved.

Thanks to Vanagloria and Sorendiz3 for their contributions to this article.