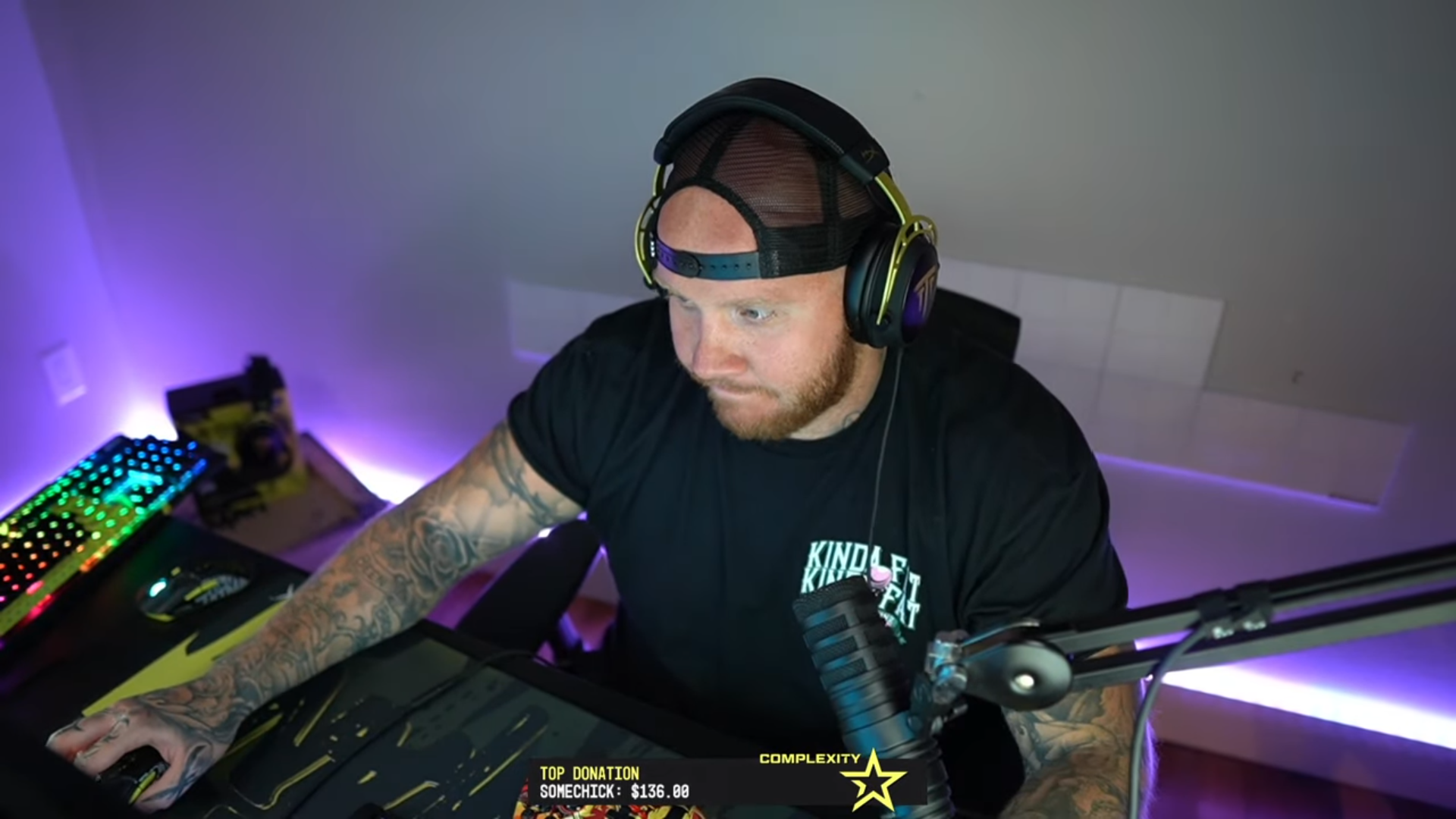 TimTheTatman has a history with Fall Guys that few other content creators have with any game ever developed—and it’s for all the wrong reasons.

The heavily tattooed father in his 30s is known largely for his relatable gaming content in a wide array of shooters from Warzone and Fortnite to Overwatch and CS:GO. But something about Mediatonic’s cartoonish obstacle racing party game puts Tim in the dirt.

When the game was originally released in August 2020, Tim’s valiant efforts to win the game resulted in the best viewership that he had ever received on Twitch, and it wasn’t even close. And after he finally won, people thought he was done with the game—until yesterday.

With Warzone’s servers down, Tim accepted a bet that he couldn’t win another game of Fall Guys, and the resulting afternoon of repeated failures was all the content one could ask for on an otherwise mundane Tuesday in the middle of August.

Playing for about two hours, Tim made it to the final round a few times but ended the day with no wins to his name after a dozen or more matches. Perhaps his biggest moments were a pair of second-place finishes that he had in elimination-style finals, including a situation in which it appeared as though his opponent was trying to hand him the win.

In another finals, Tim threw a match on Fall Mountain as numerous opponents missed grabbing the crown at the top, presenting an opening for him. But as he got closer to the crown, it almost seemed like something in his brain short-circuited.

Instead of timing his run and jumping to grab the crown, Tim went to the ledge at the top of the mountain and simply slipped off instead of jumping, resulting in him—again—failing to win.

While he indicated that he might play the game again sometime soon, don’t expect him to play too much of it in the future. At the beginning of his stream today, Tim admitted that he had fun playing Fall Guys yesterday, but there’s an ever-present issue that he has with making content for the game—and it’s not that he can’t win.