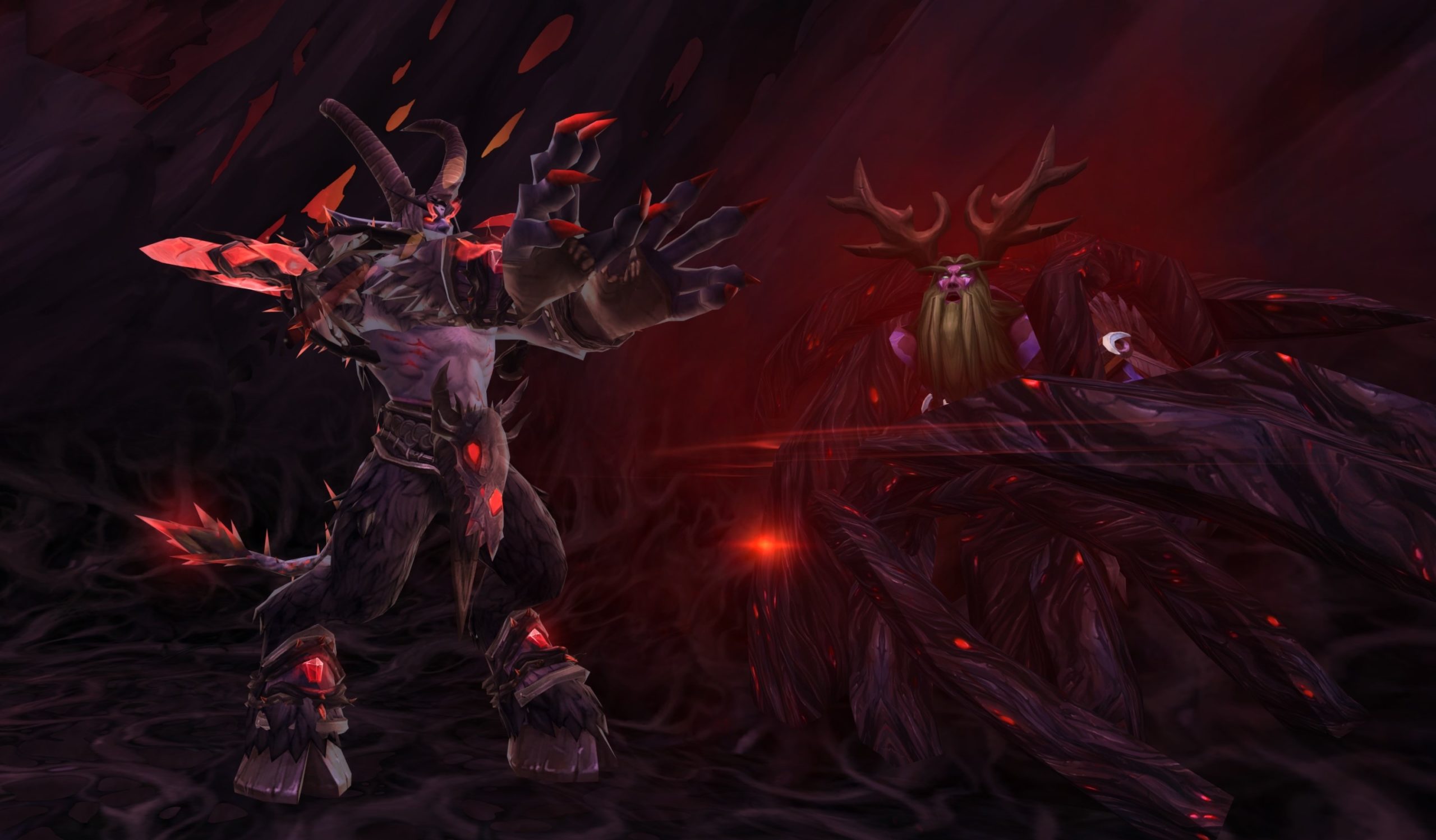 World of Warcraft has evolved endlessly across its 17-year history. Through the years, the game has seen nine different versions including its original release, with new expansions being added to the game every two years, on average. With the release of each new expansion, new zones, quests, and potentially world-ending threats were introduced to the game, changing the landscape of WoW permanently.

And while some of those expansions have earned their rightful place in the upper echelons of WoW’s history, others fell to the wayside. Here are the top five expansions ever released for World of Warcraft.

Although Battle for Azeroth was ridiculed for its lack of mid-expansion content, the two-year-long expansion was both simultaneously front-loaded and back-loaded, with its launch and final patch providing compelling questlines and complementary instanced content.

While BfA might have gone through a bit of a rut during its midsection, it picked up in the final moments with Patch 8.3 expanding WoW’s open-world content to include older zones like Uldum and the Vale of Eternal Blossoms, in addition to the solid experiences found in Kul Tiras and Zandalar. Plus, the grind for BfA’s infamous “Azeroth’s Champion” title made for one of the most immersive hardcore experiences in the game’s history. Players who wanted to prove they were well-rounded in every aspect of WoW’s gameplay—from Mythic+, raiding, to high-level PvP—the back-end of Battle for Azeroth gave them the opportunity.

The first edition of World of Warcraft set the foundations for not just WoW, but the MMO genre altogether. While Blizzard outdid itself with later expansions, Classic WoW still stands on its own two feet well enough to be deserving of a re-release that holds up alongside even some of the more modernly designed MMOs.

3) Wrath of the Lich King

Everything that Blizzard learned about quest design and storytelling in Classic and The Burning Crusade was improved upon in Wrath of the Lich King. The second expansion of the game served as a breeding ground for hype, outpacing The Burning Crusade’s initial sales numbers and allowing WoW’s overall subscriptions to balloon (and eventually peak).

Those numbers can most likely be attributed to the introduction of WoW’s first new class, the Death Knight, as well as the re-emergence of an iconic character from the Warcraft franchise in Arthas. During Wrath, World of Warcraft was at its cultural peak, as the game quickly became a frontrunner in the online gaming space.

After Warlords of Draenor left WoW fans with a relatively thin experience, Legion brought the franchise back in a major way, introducing meaningful gameplay systems that went hand in hand with class fantasy. From class-specific Order Halls to iconic, specialization-oriented Artifact Weapons that stuck alongside players throughout the expansion, Legion brought the foundations of fantasy back to WoW.

To this day, Blizzard is still trying to replicate Legion, as borrowed power systems such as the Heart of Azeroth and Covenants in following expansions were built directly in the footsteps of the groundwork laid out in 2016. And although there hasn’t been an expansion as fleshed out as Legion since its release, the blueprint for success is something that WoW’s developers have been aiming to replicate ever since.

There simply aren’t any other WoW expansions quite like Mists of Pandaria. With mystical world design and a practically endless amount of endgame content to progress through, it’s arguable that MoP was the most thorough and deep expansion in the game’s history. Blizzard kept content flowing between 2012 and 2013, providing five major patches over the course of the year and keeping Mists’ story fresh at every turn. Plus, with the additions of extra zones such as the Isle of Thunder and the Timeless Isle, the land of Pandaria continued to grow, keeping players engaged throughout the expansion.

Part of what made Mists of Pandaria so appealing to the average WoW player was its ability to turn the franchise’s focus from cosmic threats such as Deathwing and the Lich King, and instead, bring the game back to its core, fundamental principle of conflict between the Alliance and Horde. No expansion has been able to showcase the war between factions as well as MoP to this day, as patches like Landfall, Escalation, and eventually, Siege of Orgrimmar, kept tensions high in the game’s story.

Mists of Pandaria helped to bridge “old WoW” with “new WoW,” ushering in the modern era of the game by building upon what made WoW so great to begin with. Comprehensive quest design from WoW’s previous iterations was built upon to give each zone in Pandaria a unique storyline that connected back to the original central plot of the expansion. For high-end players, raids like Throne of Thunder and Siege of Orgrimmar were some of the most expansive and challenging instances ever released in WoW, while the implementation of Challenge Mode dungeons helped pave the way for Mythic+ as we know it today.