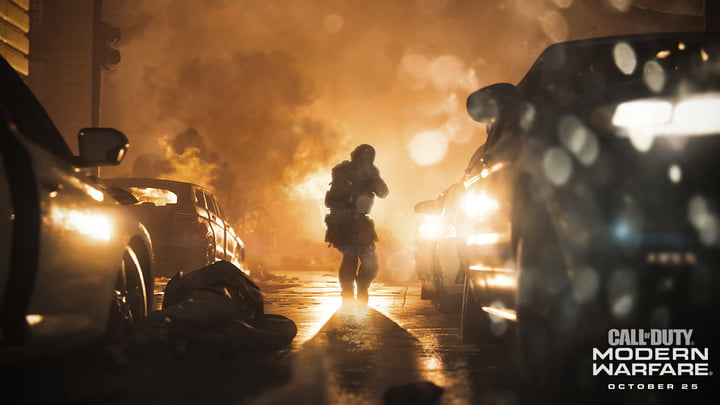 Everyone loves a good pairing. We all need friends, and sometimes, the best friend that your primary weapon in Call of Duty: Modern Warfare can have is a launcher to blow the hell out of the enemy team.

Launchers can be used to destroy the enemy, their surroundings, and everything they love with reckless abandon. Or, they can be used to take down the enemy killstreak that’s been tearing your team up. Either way, it’s important to know which launcher to use in the game.

Here are the best launchers in Call of Duty: Modern Warfare.

This old faithful classic is what you want to use if you’re the type of player to run and gun and launch rockets against walls to splash damage enemies for cheap kills. The RPG-7 is the best at its job.

The RPG’s inaccuracy is a problem, especially if firing upon aircrafts, so it’s best used for short-range engagements for infantry. Pick up one of the other launchers if you need to swap to a class and take down a killstreak or two.

Description: Portable infrared surface-to-air missile with a free-fire option. Self propelled missiles has a higher speed, and moderate explosive yield.

Unlocked at: Level one

The PILA is unlocked from the get-go, so everyone should be familiar with it. Its main function is to lock-on and take down enemy aircraft like UAVs or choppers, but it also has a free-fire option.

Where the RPG-7 lacks accuracy, the PILA lacks power when it comes to free-firing at enemy players. This one is great for Ground War maps where killstreaks will likely be a problem.

The JOKR, also known as the Javelin from previous Call of Duty games, is a joy to use. It can lock on to enemy vehicles or lock on to any part of a map and devastate the surrounding area after it finishes its upward trajectory.

The downside to the JOKR is that enemies will hear it coming and have plenty of time to take cover while the missile finishes its descent from high in the sky.

But in non-respawn modes, this launcher is incredibly fun to fire at chokepoints and then go about your business while you get a random kill a few seconds later.

Description: 84mm recoilless rifle lobs an explosive projectile at a very high velocity. The unguided armor piercing round has a low explosive yield, but is devastating against vehicles on contact.

The Strela-P is your go-to launcher for taking out enemy vehicles and killstreaks. Nothing will be handier in Ground War when an enemy is wreaking havoc in a tank.

Its unguided round makes it possible to fire it from the hip at enemies, too. But this weapon is meant for one thing and that’s taking down ground vehicles and stationary aircrafts.