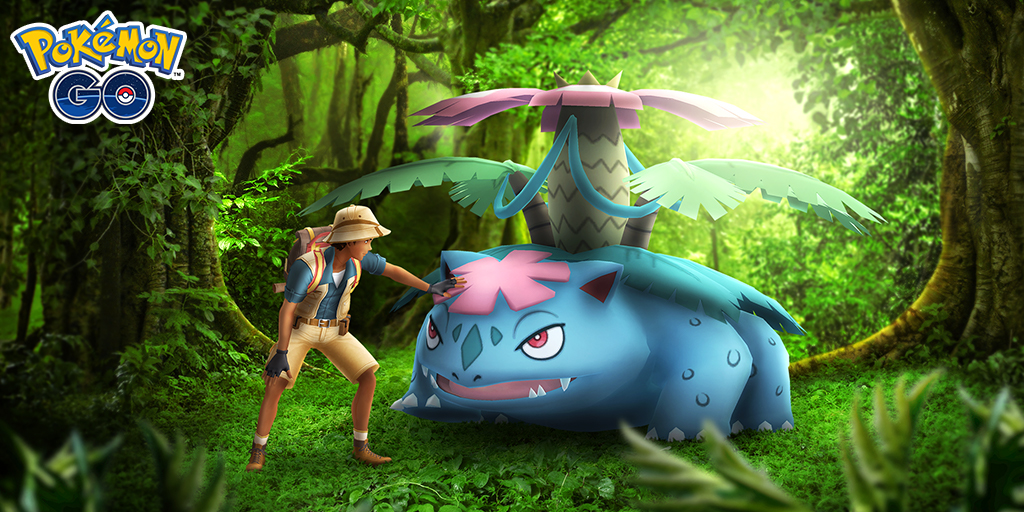 In Pokémon Go, Poison-type Pokémon often have a second typing. Having two types offers a range of benefits, including bonus resistances and access to a large set of moves.

With a number of Pokémon of each type accessible in the game, there are plenty of options to choose from when it comes to Poison-type Pokémon.

Here are the top five Poison-type Pokémon in Pokémon Go.

When it comes to a strong offense, there’s no way to look past Mega Gengar. This Mega Evolution boasts both Ghost and Poison-type and has a high attack stat. It can deal substantial damage in a short period of time, compensating nicely for its lack of durability.

One of this Pokémon’s best assets is the wide range of critical resistances it boasts. These include Fighting, Bug, Normal, and Poison-type attacks. Those types of matchups are preferable for this Pokémon.

While Mega Evolutions are a temporary state, even in its base form Gengar is an exceptional Pokémon and one of the best Poison-type species in the game.

Another one of the most powerful Poison types in the game comes in the form of Mega Beedrill. Much like Gengar, this Pokémon is an attacker and boasts over 300 attack. Although it lacks durability, this will often not be an issue depending on the matchup.

The best enemy types for this Pokémon are Fighting and Grass opponents, since Mega Beedrill boast critical resistance to both these types. While there are not critical weaknesses for Mega Beedrill, the matchups that should be avoided are Fire, Flying, Psychic, and Rock-type enemies.

The most powerful combination of moves are Mega Beedrill’s only two Poison-type attacks, Poison Jab and Sludge Bomb. Together this output can be up to 21 damage per second, eclipsing all other combinations. Just slightly trailing is the legacy fast move Bug Bite with Sludge Bomb.

Beedrill in its base form is not the most powerful Pokémon. But the benefits of using it during its Mega-Evolved state make it one of the best Poison-type Pokémon available in the game.

The most well known of all Mega Evolutions on this list, Mega Venusaur boasts both Grass and Poison-types and is one of the rare Mega Evolutions optimized as a defender. Boasting adequate attack, the main strengths of this Pokémon are its defense and overall HP.

While Venusaur may not boast the highest damage per second for a Mega Evolution, due to its durability this Pokémon has some of the highest total damage output of any type. With a combination of Vine Whip and the legacy charge move Frenzy Plant, Mega Venusaur can output up to 1,000 damage before it’s taken out.

Mega Venusaur boasts one critical resistance to Grass-type moves. Outside of this, Electric, Fairy, Fighting, and Water-type matchups are where the Pokémon will excel.

Given Venusaur’s value in its base form and the substantial upgrade when it is in its Mega-Evolved state, this is one of the best choices out of Poison-type Pokémon.

Roserade has great offense and is available in Shadow form with increased damage.

There are multiple attack options utilizing Roserade’s Poison and Grass-type moves. Poison Jab and Sludge Bomb is the optimal pairing to deal the most damage. There are a few different variations available, including Grass Knot or Razor Leaf, but there’s a slight dip in damage output from the Poison-type pairing.

If you need a Pokémon that’s not a special form and can be used in a wide range of battle situations, Roserade is one of the best options in the game and it is widely available for capture.

Another Pokémon that can be found in Shadow form, Vileplume is one of the most well-rounded Poison-type Pokémon in the game. Boasting a critical resistance to Grass-type moves, Vileplume is an excellent choice of Poison-type defenders.

Vileplume has a range of Poison and Grass-type moves available for its offense. The most powerful pairing is the fast move Acid with the charge move Sludge Bomb. While Vileplume’s overall damage output is not the highest, there are multiple pairings that share similar results. Ideally, the moves you are looking for are Acid, Sludge Bomb, and Solar Beam.

Out of all the Poison-type Pokémon in the game, Vileplume is one of the easiest to acquire and boasts a well-rounded kit that can be used both as an attacker and a defender.