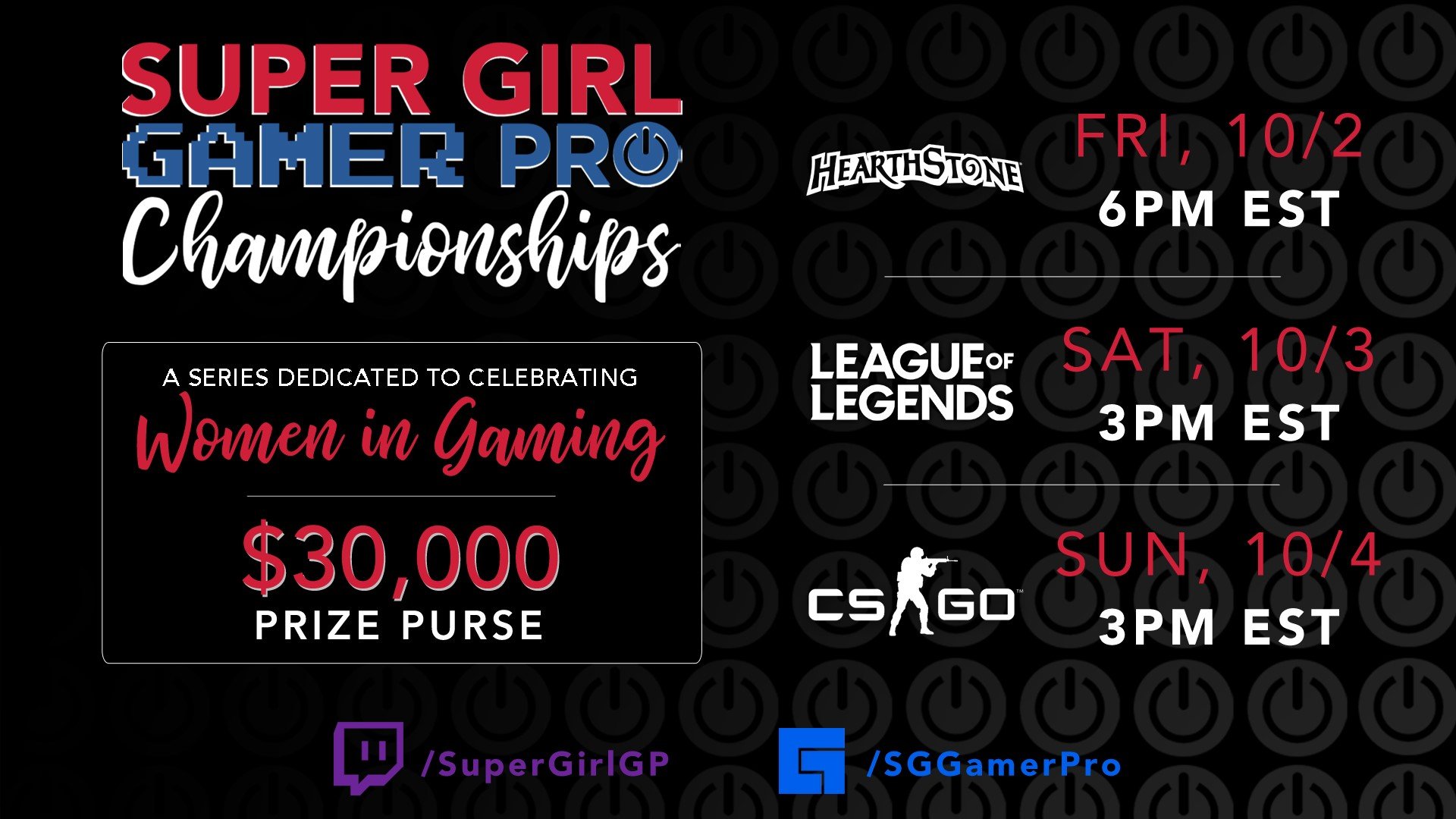 The online qualifier tournaments took place from July 10 to Sept. 6. And now, the top four CS:GO and League teams, alongside the top eight Hearthstone players, will compete for the $30,000 prize pool.

This is the fourth edition of the Super Girl Gamer Series. The tournament will be totally online this year because of the COVID-19 pandemic.

“Most people recognize how critical it is to create meaningful opportunities for women, and it’s been gratifying to watch the progress Super Girl has made over the past few years,” said Emmalee “EMUHLEET” Garrido, captain of the women’s CS:GO team for Dignitas.

The Super Girl Gamer Series was created to build a safe environment for female players, as well as to help both inspire and empower women to take a larger role within esports. The ultimate goal is to equalize the gaming industry for women and men.

ASA Entertainment has partnered with big names like Nissan, GameStop, the U.S. Air Force, Zenni Gaming, Legion by Lenovo, Twitch, Facebook Gaming, the*gameHERs, Power Crunch, and the U.S. Marines. Each brand will support the series in some way. Zenni Gaming, for example, has partnered with the Super Girl Gamer Series on a broad initiative to eradicate bullying at all levels.

“Only through our collective voice can we change the culture and eliminate the toxicity that prevents women from more actively participating in the esports community,” said Rick Bratman, CEO of ASA Entertainment and producer of the Super Girl Series.

The Super Girl Gamer Championships will be streamed on the Super Girl GP Twitch channel, Facebook Gaming, and Twitter. The livestream schedule is as follows: