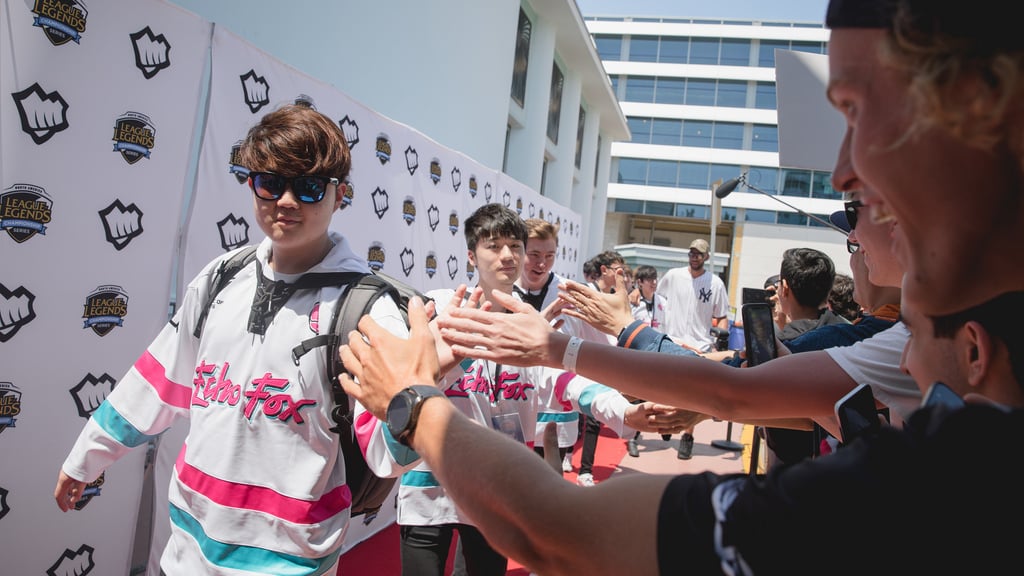 This weekend the summer season of the League Championship Series kicks off in both Europe and North America, heralding another season of fantasy League action.

The start of a new season is always filled with unpredictability. New rosters, a new meta, and a whole offseason for teams to fix their problems promises we’ll see something different when action picks back up on Friday. Different also means difficulty in picking your fantasy lineup, however. When you don’t know what to expect going into a daily fantasy matchup, it’s tough to value players properly.

We’ve got some tips heading into this opening week of daily fantasy contests for the LCS.

The midseason signing period was mostly quiet. Only a handful of teams edited their rosters at all, much less made moves in their starting lineup. And all of those moves were made by teams outside the playoffs, meaning they likely won’t have huge impact on the fantasy landscape.

But just in case, here are the two biggest moves to watch.

In Europe, Schalke 04 made the biggest move of the offseason, bringing in veteran jungler Maurice “Amazing” Stückenschneider. The German player has been fantasy relevant in the past on rosters like TSM, and if he brings more activity to Schalke’s jungle the team should actually produce some startable players, depending on matchup. Schalke 04 may have missed playoffs but they finished the season with an okay 7-11 record, so they should have days where they provide value. Elias “Upset” Lipp is a bit of a sleeper at AD carry, and maybe Amazing is the key to unlocking his potential.

North America saw the three teams at the bottom of the standings make moves to improve their lot. FlyQuest and OpTic Gaming edited their 6-12 and 5-13 rosters. Neither team made major changes, but giving a better supporting cast to FlyQuest’s carry top laner Lee “Flame” Ho-jong could pay fantasy dividends. The more interesting move was made by Golden Guardians, who finished in last place with a 4-14 record. Guardians acquired Korean mid laner Son “Mickey” Young-min from Team Liquid to replace retired veteran Hai Lam. Mickey has star potential based off his time in Korea, and if he can realize that alongside superstar jungler Juan “Contractz” Garcia they could produce fantasy fireworks.

The current League meta is one of the craziest in years. Whether that’s a good thing or a bad one is entirely subjective, but it does have a major impact for fantasy: we have even less idea how things will play out this week. Sure, there’s always significant meta changes heading into any professional LCS season. But it’s been three years since the juggernaut patch that last saw heroes like Mordekaiser replacing ranged carries at the professional level.

For fantasy this meta is a nightmare, at least in the opening weeks of the season.

In the first week of the LCK, we saw a Mordekaiser and Shen bottom lane. We saw Yasuo plus Rakan, Vladimir plus Janna, Ryze plus Soraka, and Ornn at support. We even saw a Lulu and Fiddlesticks bottom lane win a match by empowering a 12/0/3 Master Yi jungle, leading to Fiddlesticks bans in the last two games of the series. Not even solo queue is that crazy.

Korean sides mixed in a healthy dose of mobile ranged heroes like Ezreal, Lucian, and Kai’sa, too.

Anyone can play anything in basically any lane right now, and that makes fantasy prognostication difficult. How good do you think Peter “Doublelift” Peng’s Mordekaiser is? What about Martin “Rekkles” Larsson’s Vladimir?

Investing your fantasy dollars in top, mid, and jungle may be prudent considering the uncertainty in bottom, but LCK saw carry performances at every spot in the lineup this week, and you have to start someone in the “AD carry” lineup slot, even if they’re actually an AP bruiser.

It’s still possible to glean useful information from Spring Split performance, even entering an unpredictable meta, and this time we can do that by embracing the fiesta.

Teams that like to play a skirmish-heavy and kill-heavy style will likely thrive in a metagame that isn’t focused on winning late-game team fights with lumbering tanks. Teams like Echo Fox, who thrived last season by posting a 1.15 KDA in the bloodiest games of the LCS, with 0.64 Combined Kills per Minute, will continue to post league-leading fantasy numbers. Heo “Huni” Seung-hoon may be the most valuable player to have in a lineup this week considering he loves to play this style of League, and Echo Fox will likely rely on him to do so.

Other teams that like to play—and succeed—in these fight-heavy games include Cloud9 in North America and G2 Esports in Europe. Both leagues have some teams that love to play into this style but usually don’t win, like Golden Guardians, Giants Gaming, and Unicorns of Love. Pay special attention to matches featuring these teams, as they’ll likely be fantasy point bonanzas.

Building a fantasy lineup is never easy considering all the factors that go into winning at a game like League of Legends, and it’s even tougher at the start of a season, even without such a drastic shift in the professional metagame. So keep in mind all the contributing factors when building your lineups this week, and good luck in your contests opening the 2018 summer season of the LCS!