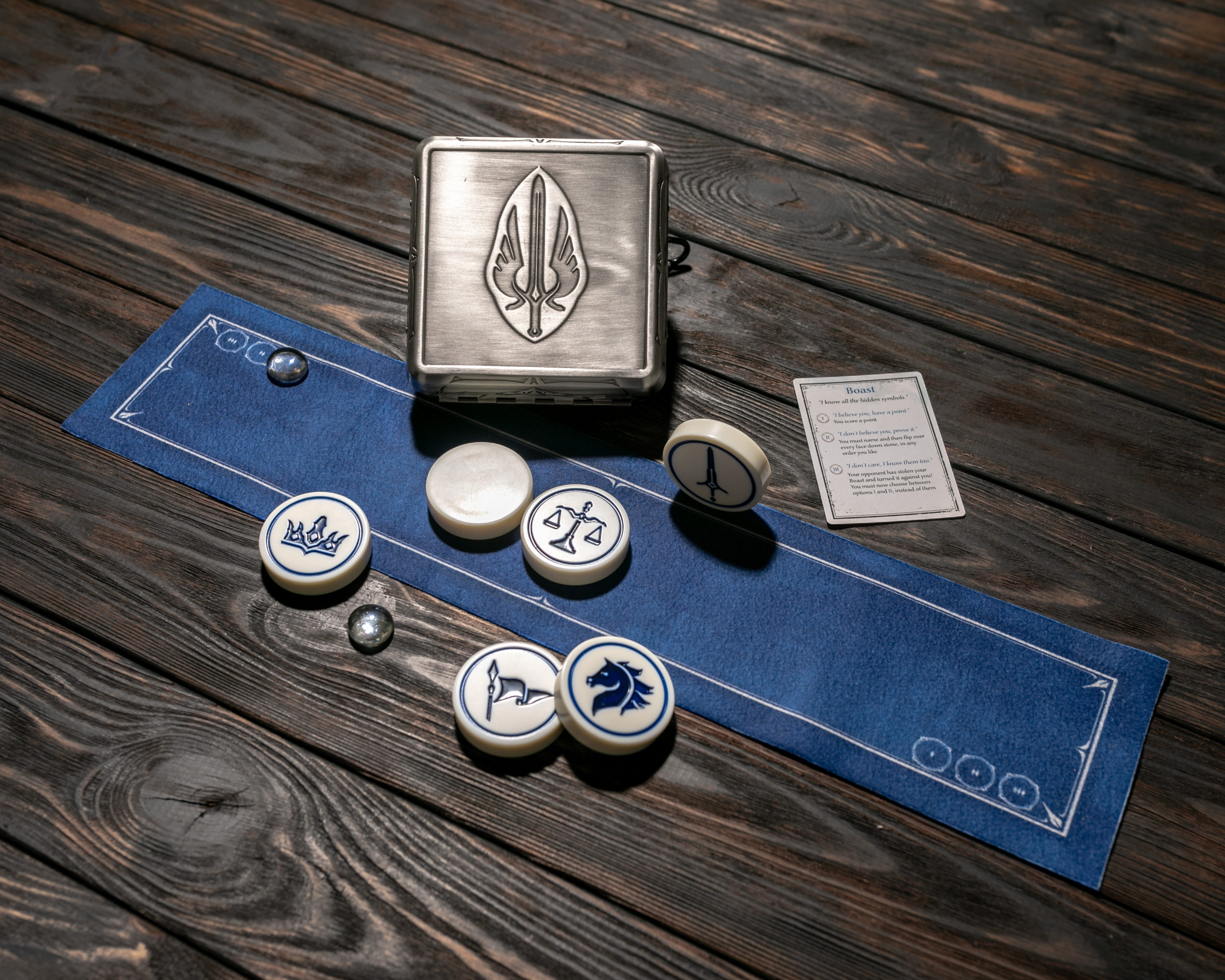 The launch of the two to four-person strategy game marks the developer’s second property in the board game world with a new branch of the Riot brand, Riot Tabletop, being announced in January this year.

In the world of Runeterra, Tellstones is an ancient game played by poor and rich alike. It varies greatly in rules from region to region but is based around the same basic concepts of bluffing, memory, and second-guessing. Such was the popularity of Tellstones that it was used by kings in Runeterra to resolve disputes over power and land—although we’d probably suggest playing for fun rather than for the fate of your kingdom.

In Tellstones: King’s Gambit, bluffing is the key to victory. Designed for two teams of one to two people, it relies on quick thinking and a stone-cold poker face. Players sit opposite each other and take turns to flip, add, or swap Tellstones, the game’s tokens, keeping a sharp eye on the locations of each stone. Each stone is marked with a unique symbol, and it is the player’s job to keep a sharp eye out for the position of each of the symbols on the playmat.

The game’s bluff mechanic enters when one player either Challenges or Boasts to the other, meaning that they either ask the opponent to correctly identify a hidden stone, or they claim to know all the symbols that are currently obscured from view. If a player Boasts, they will have to use age-old card game tactics to bluff their way into a convincing lie, even if they do not know what the symbols on the hidden stones may be.

Players can also steal an opponent’s Boast, but both risk losing a point if either fail to correctly name each of the stones on the board or if they challenge their opponent to prove their Boast and their opponent is successful in remembering each stone. Riot has provided a quick, five-minute video tutorial for players to get to grips with the game’s mechanics.

Tellstones currently retails for $30 plus shipping and is available in English and German, although a multilingual copy of the rulebook is available for download free from the game’s website.