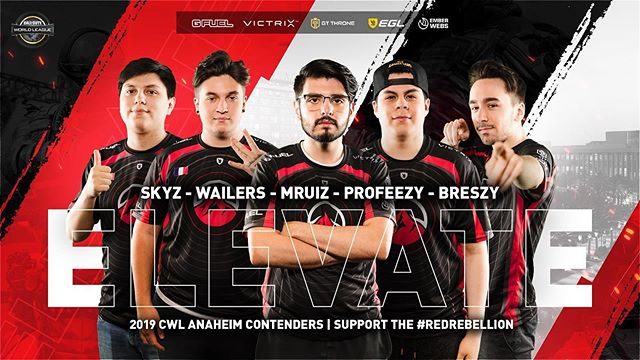 The Elevate Call of Duty team is not being paid their contractual salaries, according to an InvenGlobal report, which also says former Denial Esports CEO Zach Smith has been helping Elevate behind the scenes.

Smith revived Denial Esports in December 2018 and quickly became involved in multiple esports titles, including Call of Duty and CS:GO. He left Denial in May, though, after several former and current players alleged he had not paid them their respective salaries, in addition to other alleged unethical behavior.

And since history often repeats itself, it seems only fitting that the Elevate players were not being paid either.

Owen Roe, the former lead designer for Denial Esports, added fuel to the proverbial fire by commenting on Reddit that Hatfield and Smith are connected.

As Elevate is not expected to be purchasing a spot in next year’s Call of Duty franchised league due to its high buy-in, the organization’s short return back into the esport is set to come to an end.