Photo via dupo-x-y/Flickr (CC BY 2.0) | Remix by Fernando Alfonso III 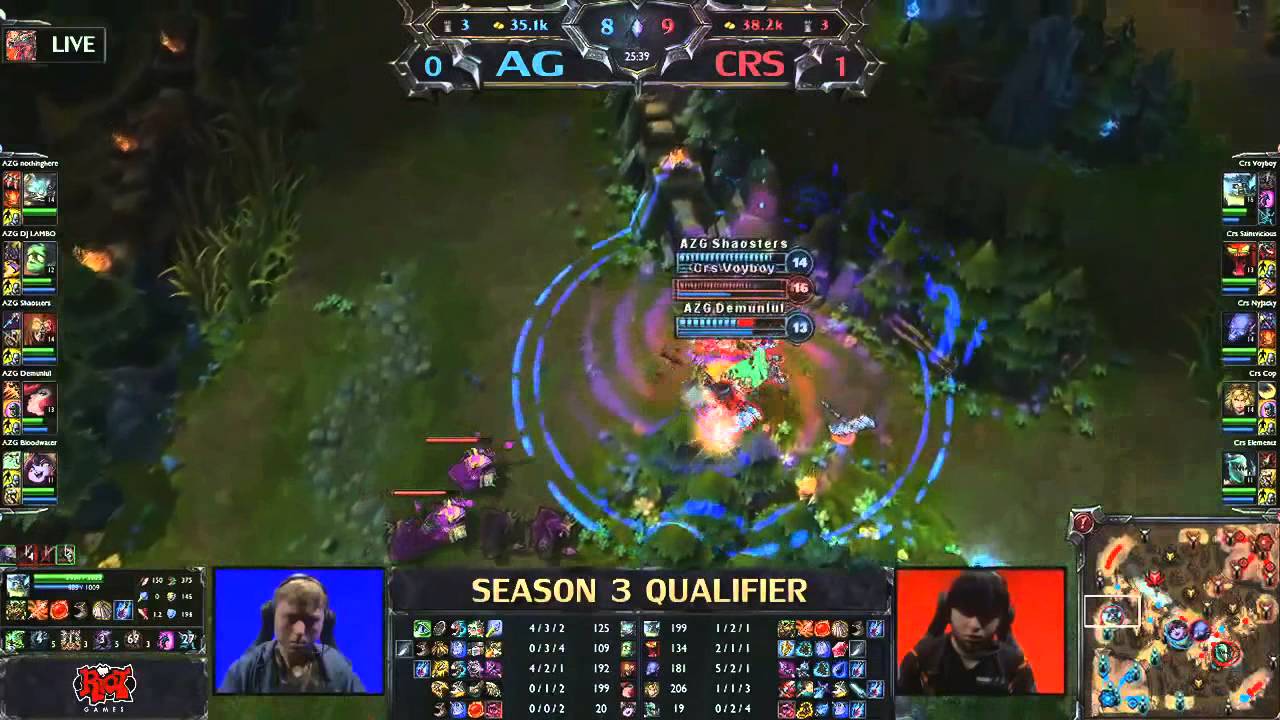 When it comes to competitive play, Olaf has seen it all. In the days of late Season 2, he was an unstoppable menace, capable of rampaging through his enemies with even the slightest advantage. After nerfing his cooldowns, damage, and crowd control in Patch 3.01, however, the Berserker soon found himself locked in the basement-of-bad-champions for almost a full season, seeing little to no play either, competitively or casually. Throughout seasons 4 and 5, Riot gave the crazed killer slight buffs, in order to boost him to an at least playable condition. Recently, teams have brought the pick back to the LCS and Challenger Series, valuing Olaf’s strong laning, skirmishing, and splitpushing strengths.

In the most recent weeks, multiple teams have brought out Olaf in the top lane with admirable success, not only as a niche pick but as a contender against other FoTM picks. While the pick drew bans as early as Week 7 in the NA LCS, the Berserker made his first top lane reappearance of the summer in Week 9. Olaf, picked by Counter Logic Gaming, proved to be a nightmare for Team 8; splitpushing, dueling, and teamfighting, trouncing the opposition in under 30 minutes. Olaf has previously drawn bans in Europe as well, however exclusively as a target ban against Reignover.

Since his reappearance, top lane Olaf has been selected four times in two weeks; twice in the NA LCS, both times by ZionSpartan, and twice in the NA Challenger Series. For comparison, in the final week of the NA LCS (tiebreakers included,) Shen was selected 5 times. Olaf’s resurgence also coincided directly with the end of the Split, leaving most teams without enough time to fully test, and use him competitive play themselves. Throughout these games, the Freljord Fighter posted a combined KDA of 5.2 (22/9/25). More stats have been collected during his resurgence, and can be seen at various points throughout the article.

What brought about this reappearance?

Over the past two seasons Olaf has been given numerous small buffs to bring him back to a stable, but not quite LCS worthy, spot. His strong laning and splitpush potential (thanks to Vicious Strike’s attack speed,) made him a decent pick in certain team comps. However champions such as Jax or Irelia had similar kits, that outclassed the Berserker’s in most aspects, so Olaf continued to see little play.

His final buff gave him a short burst of movement speed added onto the start of his ultimate. The buff was applied in Patch 5.9, and greatly helped Olaf reach and stick to his opponent’s backline targets in teamfights. These buffs, however, were not enough to single handedly revive Olaf, and a couple other key factors, including meta shifts and item changes, play in as well. The first being Black Cleaver’s rework, which was enabled in Patch 5.8, before Olaf’s final buff.

The changes to Black Cleaver transformed the item into a nearly perfect match for Olaf’s kit. Before its rework, the item only suited Olaf in Solo Queue as a third or fourth purchase if you wanted to snowball an already winning game more into your favor. Black Cleaver’s rework transformed the item from a situational snowbally-type item, into a staple part of Olaf’s build path. It’s Cool Down Reduction allows him to continuously spam axes, its Attack Damage bolsters Olaf’s already strong dueling potential, and a healthy chunk of 400 Health combines nicely with Olaf’s passive Armor and Magic Resist gained from his ultimate. Last of all, Black Cleaver’s passive, Rage, (which grants a short movespeed boost after every auto attack,) ties in with Olaf’s strength of landing axes, and chasing his opponents down.

A third, less impactful, reason is that the meta shifted to favor tanks such as Shen, Gnar, Nautilus and Maokai. Olaf has no problem laning against said champions; he can easily trade with them, and out-sustain them through Vicious Strikes. In many matchups, Olaf can bully his opponent out of lane, which is reflected in his high CS Differential numbers.

Olaf has one of the top 5 Damage Per Minute averages of all champions this split. however his small sample size must be taken into account.

Furthermore, in the mid game, Olaf is able to skirmish against many of the meta mid laners thanks to his ultimate. Low-mobility champions like Viktor or Orianna, who use knockbacks, stuns and slows to keep their enemies at bay find themselves getting run over by Olaf’s ability to ignore crowd control.

When it comes to lane swaps, Olaf survives much better than other carry-fighters such as Hecarim or Fizz because he can farm from range with his axes. Being able to farm from a distance is a huge requirement for meta top laners, because it allows them to scrap together farm during lane swaps, where full-melee champions have trouble getting any. Rumble, Maokai and Gnar have all remained a competitive picks because they can reliably obtain enough gold to stay relevant throughout the whole game, thanks to their ranged abilities.

Also he has no problem clearing the jungle thanks to his passive’s bonus attack speed. Surviving until the mid game, with enough gold to make an impact, is hard for most carry top laners, so Olaf’s ability to farm safely puts him at a large advantage. For example, Hecarim on average has a Gold Differential (the difference between his and his opponents total gold,) at 10 minutes of -23.5. Meaning he usually has less gold than his opponent. Whereas Maokai had a [email protected] minutes of +56, because he was able to use his saplings to farm safely while Hecarim was forced to farm jungle camps, or run the risk of being collapsed upon by the enemy team.

Teams have been able to use him to draw pressure across the map through his splitpushing strength, bully lane matchups thanks to his high base stats, and rampage through teamfights with his incredibly mid game power.  Thanks to favorable Item changes, and meta shifts Olaf has once again found himself as a strong top lane pick. As the LCS playoffs commence, teams and fans alike need to keep an eye out for Olaf, the Berserker in the top lane.