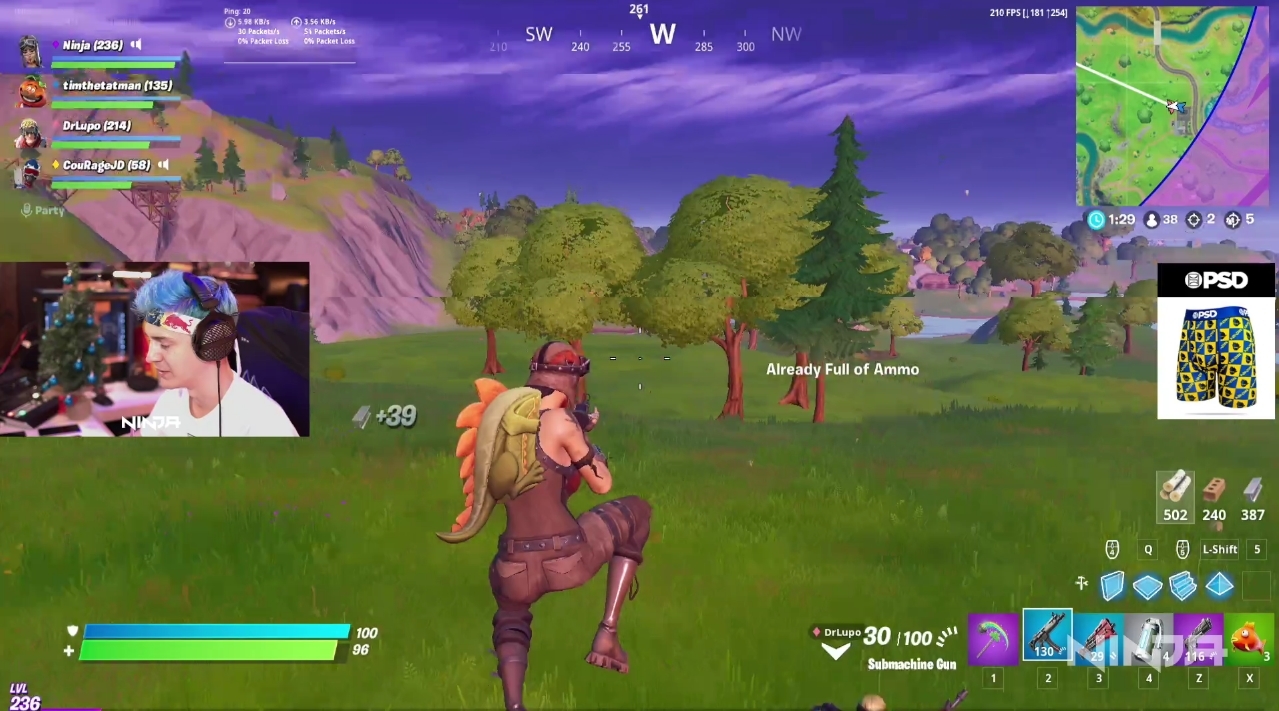 It’s been a long time coming, but Tyler “Ninja” Blevins, Jack “CouRage” Dunlop, Ben “DrLupo” Lupo, and Tim “TimTheTatman” Betar have grouped up to play squads in Fortnite like the old days today.

The four streamers who saw their broadcasts blow up with the popularity of Fortnite have been playing different games with different people throughout 2019. They’ve even switched streaming platforms, too, with Ninja moving to Mixer and CouRage heading to YouTube Gaming.

It’s been at least six months since these four titans of gaming have grouped up to play Fortnite together, according to CouRage, making this a truly momentous occasion in the history of video games.

The gamers stomped out in public games while Ninja was roasted by the other three for replacing them with players like Nate Hill and Reverse2k. All was in good fun, however, as the friends enjoyed each other’s company.

The same four players met up last year at Ninja’s New Year’s Eve party before he awkwardly flossed in Times Square. No matter the circumstances, great memories are always made when these four players squad up.